Expats on the piste: relocation options for ski fans

Are you dreaming of snowfall, skiing and all things winter? Here are some international living options just perfect for snow enthusiasts.

While many expats choose places like southern Spain or Singapore, we don’t all want year-round warmth. A growing number choose to live in places that offer snowy winters, to enjoy the myriad of activities that go hand in hand with snowfall. Skiing enthusiasts have a plentiful pick of great winter destinations offering world-class skiing and great living conditions too. Here is our pick of the top winter expat destinations for snow enthusiasts.

More than 40,000 British people live in Switzerland and skiing is certainly part of the attraction.

When you think skiing and snowfall, Canada will be one of the first places that comes to mind. The ski resorts on the Pacific Coast of British Columbia and the Rocky Mountains of Alberta are world-class. Canada, being a Commonwealth country, is also an easy place for British expats to feel at home. In a 2013 study of British expats living abroad, it was found 9 out of 10 were happy living in Canada, the highest rated country in the survey. If you’ve always wanted to take up skiing or snowboarding, or are a seasoned rider wanting to immerse yourself in the winter mountain culture, Canada is the place to be. 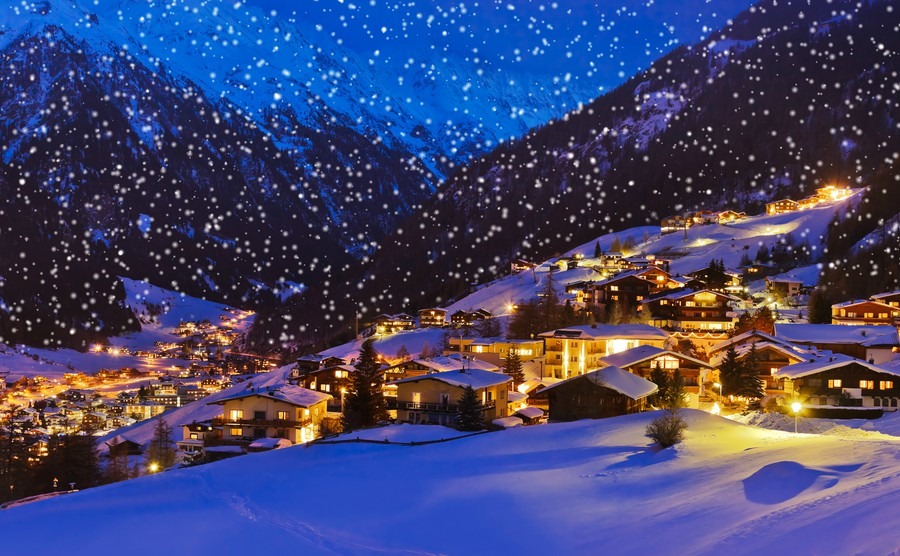 Live in your own snow globe!

The United States probably has more ski resorts than you imagine, with much of the country subject to long snowy winters. Even ever-sunny LA has good skiing within a two-hour drive, as does New York City with the Catskills and Poconos on the doorstep. The best skiing is to be found in Colorado, California, Utah and Washington State, but even as far south as New Mexico and North Carolina there are skiing facilities. With plenty of opportunity for the British expat to live and work in the USA, especially those on corporate transfer, the winter mountain lifestyle is an added bonus. 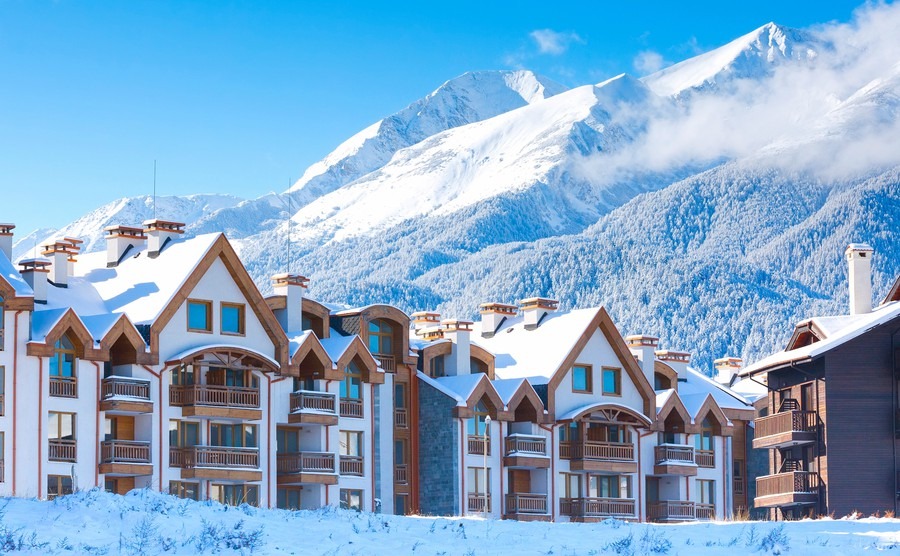 Beautiful Bansko, and just a fraction of the price of other resorts

Many ski enthusiasts will attest to Japan having some of the best snow conditions in the world. Champagne powder, incredible hospitality and a unique and intriguing ski culture lures people to the slopes of Japan’s mountains each year. Niseko, Hakuba and Sahoro are some of the more popular mountains in Japan and whether you decide to base yourself at a mountain base or take regular trips from business hubs like Tokyo or Osaka, Japan is a winter lover’s dream.

More than 40,000 British people live in Switzerland, which is not in the EU, and skiing is certainly part of the attraction. Another attraction is Swiss culture. The business opportunities are excellent, being one of the world’s most powerful economies. Quality of life in Switzerland is very high for British expats and if you’re getting paid by a Swiss company you can expect a salary in the ballpark of £120,000 a year.

Why not split the cost and double the fun of holiday homeownership abroad by buying with family members? Read our new guide, Buying Abroad with Family.

Suppose you could own a ski apartment, within easy walking distance of the ski lifts that costs less than €20,000. Buy it with a couple of friends and you’re spending less per person on an asset you’ll own for ever, than on an average family holiday in the French Alps. The mountains of Bulgaria are gorgeous in summer too, with increasingly well-managed spa resorts and golf courses, yet you are still buying at a fraction of the pre-financial crisis prices. Bansko, Borovets and Pamporovo are some of the better-known ski resorts in Bulgaria. Expect to pay half as much for a lift ticket in Bulgaria compared to ski resorts in other countries.

If cooler climates are calling for you and you’re ready to live that winter mountain lifestyle, these ski destinations around the world could be your perfect expat locale.