Why you should buy in Auckland, New Zealand

If we told you that you could enjoy city living in a place where the sun shines, you can pop to the beach after a day’s work at your very well-paid job, and where property prices and rent are reasonable, would you be on the next flight? Today, we’re looking at what the wonderful city of Auckland offers to overseas buyers.

Auckland was named the third most liveable city in the world in the 2019 Mercer World Liveability study. New Zealand’s largest city offers so much to those looking for a fresh start. It’s safe, is the most connected hub in the country, and enjoys a proximity to nature that’s rare for city folk. I’m talking rugged coastline, sandy beaches, islands, volcanoes and the Waitakere Ranges. Auckland’s climate isn’t half bad either. Locals enjoy very pleasant average summer temperatures of 20 degrees, and moderate winter temperatures of 10 degrees.

Of Auckland’s population of 1.6 million, two out of five are from other countries, making the city one of the most diverse and cosmopolitan in the world. Additionally, if you’re looking for exciting new career opportunities, Auckland is the dream. Unemployment levels are low (3.3% September 2022 percent) and salaries are higher than the UK with a yearly average of $77,342 (£40,719). Furthermore, education in the city is so superb that Auckland is considered one of the best places to start a new life, without having to compromise on the level of education you, or your children, receive. The city has more than 500 schools. 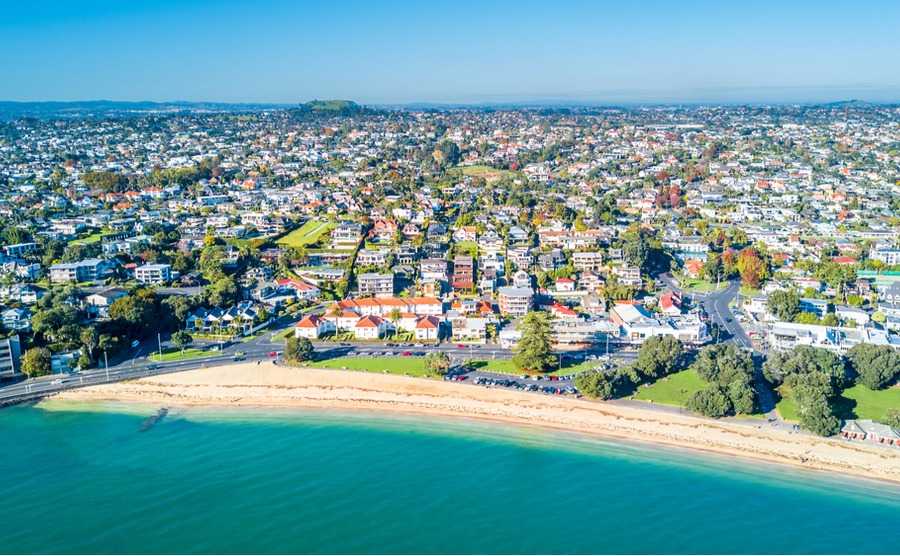 Auckland has one of the highest qualities of life in the world – no wonder it attracts so many overseas buyers.

Now let’s get on to lifestyle, because jobs are important, but it’s that work-life balance that’s the real Holy Grail! The city is home to clean, safe beaches where you can surf, swim, sunbathe, sail, snorkel and scuba. Plus, the surrounding hills are ideal for the active, and provide an easily reachable weekend escape just outside of the city, which gives you a taster of the natural beauty the country is so famous for…and which probably tempted you to move to New Zealand in the first place.

Auckland’s food is some of the best and most affordable in the country – particularly Asian fare – and their coffee is the stuff that dreams are made of.

Furthermore, Auckland’s food is some of the best and most affordable in the country – particularly Asian fare – and their coffee is the stuff that dreams are made of. Also, if you want to feel connected to culture, Auckland’s museums, festivals, and arty communities will keep you engaged. If a big-name musician or band are in town, you better believe their one stop in the country is Auckland.

When establishing whether a move to New Zealand is right for you, it’s important to factor in cost of living. According to Numbeo, a family of four will clock up monthly costs of $6,019 (£3,167) in Auckland (excluding rent). A single person requires $1,658 (£872), excluding rent. Rent in Auckland is typically 38% lower than in London.

The cost of living in Auckland may be cheaper than London but do bear in mind that it is between 15-30% more expensive than the UKs regional cities, including Manchester, Bristol and Birmingham. 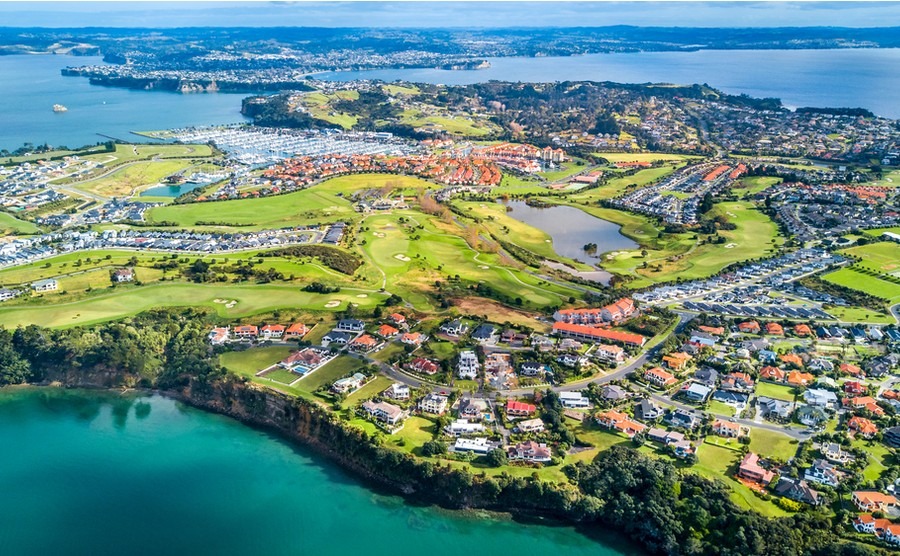 Aucklands beautiful residential suburbs, but what will you pay?

According to the Real Estate Institute for New Zealand (REINZ), Auckland house prices have fallen by just over 18% since November 2021. The average city price in Auckland fell from $1.23m to $1.05m.

Auckland is made up of four major centres, Central, the North Shore, Waitakere and Manukau.

If you plan on purchasing a buy-to-let property when you move to New Zealand, you can investigate what yields you can expect in Auckland’s suburbs via this handy rental yield indicator.

Takapuna is consistently rated as one of the best areas to buy for families.

Located on a volcanic peninsula, Auckland is made up of four major centres, Central, the North Shore, Waitakere and Manukau. Although each boasts their own unique characteristics, as a general rule, Auckland’s suburbs are friendly, well-connected and offer fantastic amenities. Here are just a few of the best.