Five movies that capture the glory of Canada

It’s Oscar season! But while the US celebrates tinsel-town, what are the quintessentially Canadian movies that show what life here is really like?

Canada has a thriving film industry and has produced many famous film stars – most of whom you may well have assumed to be American – including Ryan Gosling, James Cameron and Rachel McAdams.

Indeed many movies filmed in Canada are actually American productions that have taken advantage of various tax breaks, a striking landscape, and a developed infrastructure to film their feature somewhere other than Hollywood. Brokeback Mountain, for example, was set in Wyoming but filmed in Alberta in 2004. However, there is also a strong Canadian industry – dubbed “Hollywood North” – that has produced critically acclaimed and popular titles. We take a look at five films that capture what Canada is all about.

Many movies filmed in Canada are actually American productions that have taken advantage of various tax breaks, a striking landscape, and a developed infrastructure to film their feature somewhere other than Hollywood

Named the greatest Canadian film of all time by the Toronto International Film Festival, this epic movie is a retelling of an ancient Inuit legend. Written and acted entirely in the Inuktitut language the film provides a stunning insight into Canada’s indigenous culture. 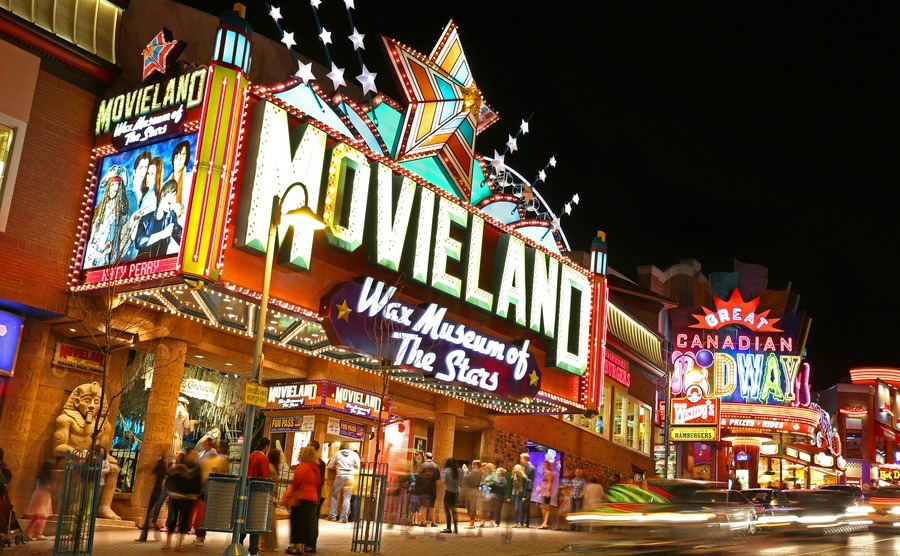 Movieland, Niagara. You might be surprised which “American” movies were filmed in Canada (Alexander Sviridov / Shutterstock, Inc.)

The newest movie on our list, Maudie has only been screened so far in film festivals (including those in Toronto and Vancouver) and gets its general release later in 2017. This charming movie is a biopic of Canadian folk artist Maud Lewis and is filmed in her real life home town of Newfoundland. Aside from the compelling story the scenery alone is worth the watch.

Not satisfied with their popular and long-running TV show, the ‘Boys’ have also released several feature length films, including Trailer Park Boys: The Movie (2006) and Countdown to Liquor Day (2009). The franchise focuses on a group of petty criminals who live in a Nova Scotian trailer park. The show/movies offer a very light hearted look into a Canadian sub culture and has amassed a large cult following.

Although this biopic focuses on an American boxer – Rubin Carter, played by Denzel Washington – it is a Canadian production, was largely filmed in Toronto, and shows a compassionate group of Canadian legal aides playing a crucial role in freeing Carter from his wrongful imprisonment. Grossing over $50million at the worldwide box office it is one of the most successful Canadian movies of all time.

A classic French language movie set in rural Quebec in the 1940’s. This coming of age drama focuses on the trials and tribulations of a young man growing up in a mining town around the time of the Asbestos Strike – a seminal event in Canada’s history. Released in 1971 Mon oncle Antoine is still considered to be one of the greatest Canadian movies of all time.