Arriving in a new country is a bit like spending your first Christmas with new in-laws. Don’t be rude about the furniture, get grandma on your side, smile a lot! Fortunately in Canada you will find the etiquette to be similar to the UK, or perhaps even friendlier.

What nationality am I describing? They are polite, slightly reserved at first and like to maintain personal space, they don’t like flashy displays of wealth, and they like to say “sorry” a lot. Obviously we are describing the British. But we are also describing Canadians. So you’ll fit right in then!

Canadians are, on the whole, polite and welcoming. This makes settling in as a new arrival very easy, if you respect the social norms and customs.

Canadians are honest, empathetic and friendly with a strong sense of respect for privacy and the rights of others. In society, and indeed the workplace, this translates to a fairly egalitarian outlook – hierarchy in Canada is not overly important as everyone is treated with equal respect. An example of this is a worker’s relationship with their boss, it can often be quite informal and even friendly, a by-product of this is that in most workplaces the dress code is fairly informal with ‘business casual’ favoured over the suit and tie approach.

Canadian are also very respectful of their elders. “Seniors” are offered an even higher degree of politeness and friendliness. Should you find yourself in a public-facing job, or just in life in general, you would be expected to act similarly. 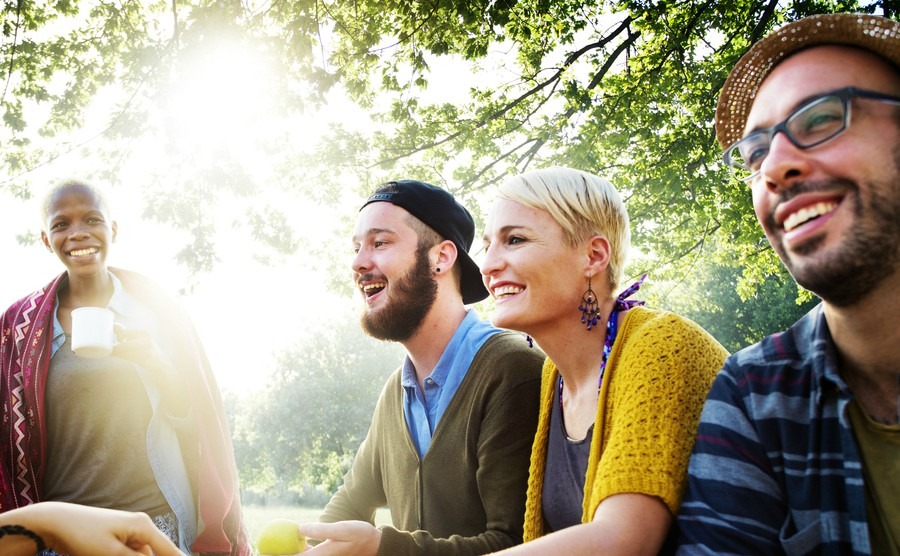 Upon meeting people for the first time (in a work or social setting) Canadians, like the British, will shake hands. Friends, of either sex, do however tend to hug as a greeting – yes, men too. Even new friends they have only met a couple of times will be greeted with a warm hug. However, there is no strong tradition of gift giving among friends, outside of birthdays and Christmas.

The custom is to tip 15% of the total bill, even if the service was not out of this world.

Tipping is an interesting custom that you should be aware of. In Canada it is customary to tip at any non-fast food restaurant or bars (where generally there is waiter service, as opposed to going up and buying your own drinks at the bar). The custom is to tip 15% of the total bill, even if the service was not out of this world you would do well to leave a 15% gratuity in order to avoid causing offense as under tipping is considered quite rude.

In a poll by the Angus Reid Institute last summer, a clear majority of Canadians said that they felt political correctness has “gone too far”. Well, that was the headline, but don’t go thinking that this gives you licence to spout off as you like, we all know how irritating it is when someone from outside the family criticises a close relative! Avoid the following: referring to the Inuit or Yupik as Eskimos or the First Nations as native Americans. Indeed many First Nations people prefer to be called by the original tribal name. On a more frivolous note, don’t insult the poutine, the local beer or the local ice hockey team. It’s rarely good to get in Quebecois politics either!

Overall there are many similarities to customs in the UK – if you wouldn’t talk openly about politics or religion to your colleagues in the UK then you should not do so in Canada. There is one area however that is a bit more of a challenge, now more so then ever, and that is the Canadian outlook on their neighbours to the south, the United States of America. Views can vary but as we have mentioned Canadians are empathetic and open/welcoming to new people or cultures.