Today is World Wildlife Day. For those lucky enough to call Canada home there is dramatic wildlife that can be appreciated on this day and all year round.

The UN’s World Wildlife Day is a time when the whole world is encouraged to take a moment to appreciate the wildlife in their home countries and also to reflect on the major threats to wildlife and how we can address them. Canada has an abundance of dramatic and entrancing wildlife, but here are our favourite five:

Taking a trip out into the wilderness to spot wolves is not for the faint hearted, but on some nights their howls can be heard from the safety of a campsite or rural town

Probably the first animal people think of when contemplating the Canadian outdoors. Polar bears can be found in the frozen north and there are also grizzlies in western and northern Canada. However, by far the most abundant is the black bear, found right across Canada – at certain times of the year it is quite common to see these majestic animals grazing in fields, on mountain trails and even on suburban streets. All those that live in areas frequented by bears have to be “bear aware” and ensure their rubbish is securely locked away and no unnatural food sources are left out, this includes making sure fruit trees are well tended. 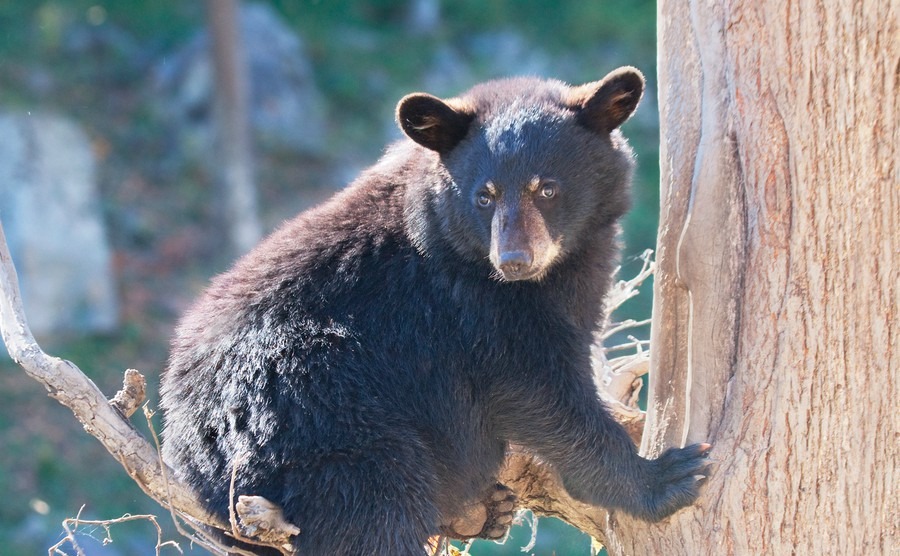 On both the east and west coast the waters are home to many species of whales and dolphins. One of the most iconic Canadian species is the Orca, or Killer Whale. Orcas can be seen off the coast of British Columbia via whale watching tours which have a very high success rate of spotting these amazing mammals on the day-long boat trips.

Wolves inhabit the more remote parts of Canada and, unlike bears, do their best to keep far away from people. Taking a trip out into the wilderness to try and spot one of these mysterious creatures is not for the faint hearted. However, on some nights their howls can be heard from the safety of a campsite or rural town.

Although the national symbol for the USA the bald eagle is fairly common across Canada too. These regal birds are especially abundant from the autumn through to winter as they follow migrating salmon. Less common but also found across Canada is the slightly larger Golden Eagle. Catching a glimpse of either of these powerful birds is something many visitors to Canada remember for a long time. 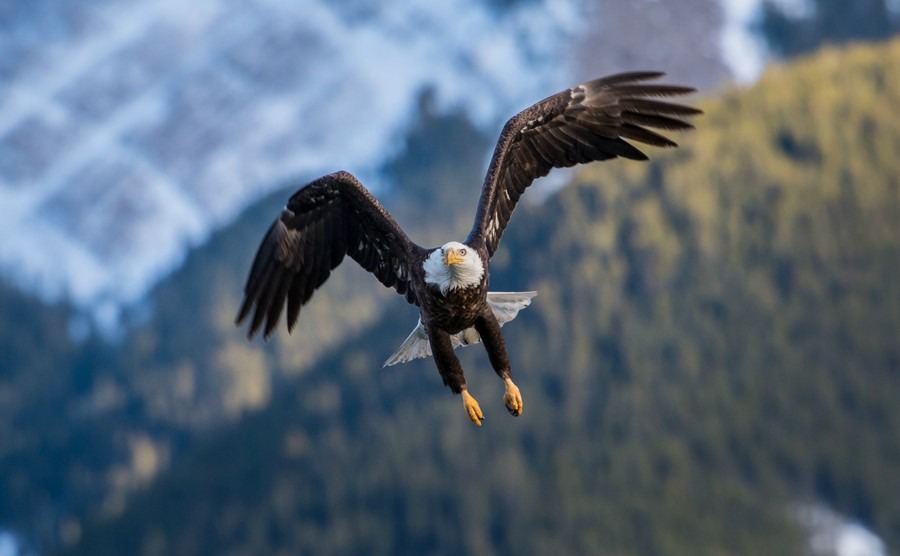 A bald eagles launches into the air in Jasper, Alberta

Last but not least, certainly from a size perspective, is the Canadian Moose. Full grown males can weigh in at over 100 stones and close to 7 feet tall at the shoulder, so even though they are reclusive and docile one should be very careful if you are lucky enough to see one in the wild.