What will happen to UK property prices in 2019

After years of solid growth, the British property market faces an uncertain year. But although some buyers will be holding off to see what happens with Brexit, others are seeing it as an opportunity. So what do the leading analysts and specialists predict for UK property prices in 2019, including Rightmove, RICS and the Bank of England?

The latest analysis from RICS backs this up. RICS report a modest fall in home prices nationally but: “the regional picture remains highly varied, with negative price trends across London, South East and East Anglia contrasting with solid price growth reported in Northern Ireland, Scotland, the Midlands and the North West.” 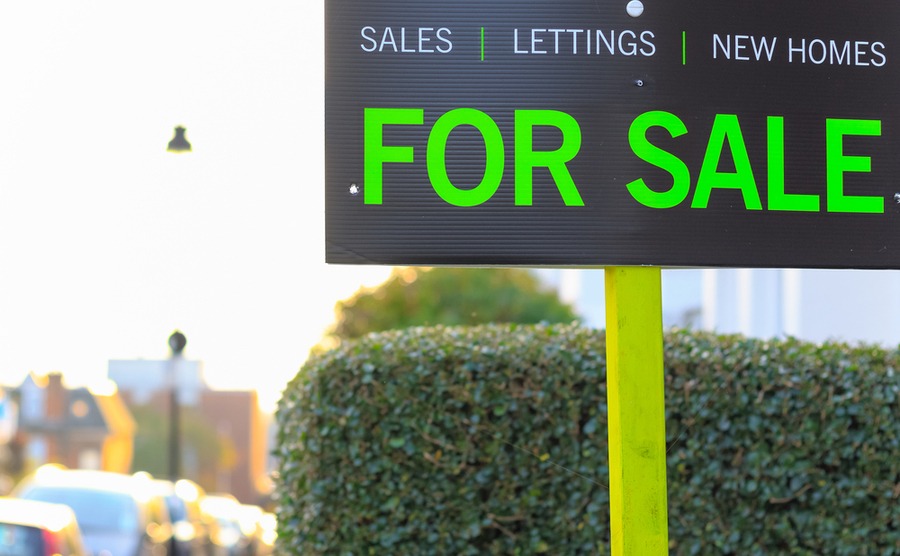 What does 2019 have in store for UK property?

Price by type of home

So what about the type of homes? According to the ONS, the largest price increase has been at the upper end of the market – large family homes.

RICS further reported that new buyer enquiries are falling. This was matched by fewer properties coming on the market and close to record-low numbers of homes for sale. Homes sold in an average of 19 weeks from instruction to closing, which is also relatively slow. Their November 2018 report said: “Activity was reportedly subdued in almost all areas of the UK. Anecdotal evidence continues to suggest that Brexit uncertainty and lack of fresh stock are the principle factors behind the subdued trend in market activity.”

House price data from Rightmove showed asking prices falling by 1.5% in the past month. Added to last month’s fall, this means that you’re paying an average £10,000 less than in the early autumn. This equates to nearly £4,500 on average. This is perfectly normal, says Miles Shipslide, Rightmove director and housing market analyst: “It’s usual for new-to-the-market sellers to price lower in the run-up to Christmas to tempt distracted buyers, so we should not read too much into the mere fact of two consecutive monthly falls.”

So is this a great time to buy? Yes and no. Mr Shipslide continued: “However, these falls have been larger than usual, making this the largest fall over two months for six years, showing that there are more than just seasonal forces at play.” He suggests that the problems include “stretched affordability”. The positive could be an increase in the numbers of people buying: “a modest lowering of property prices combined with an increase in wage growth could help more of them to move and thus increase transaction numbers.” 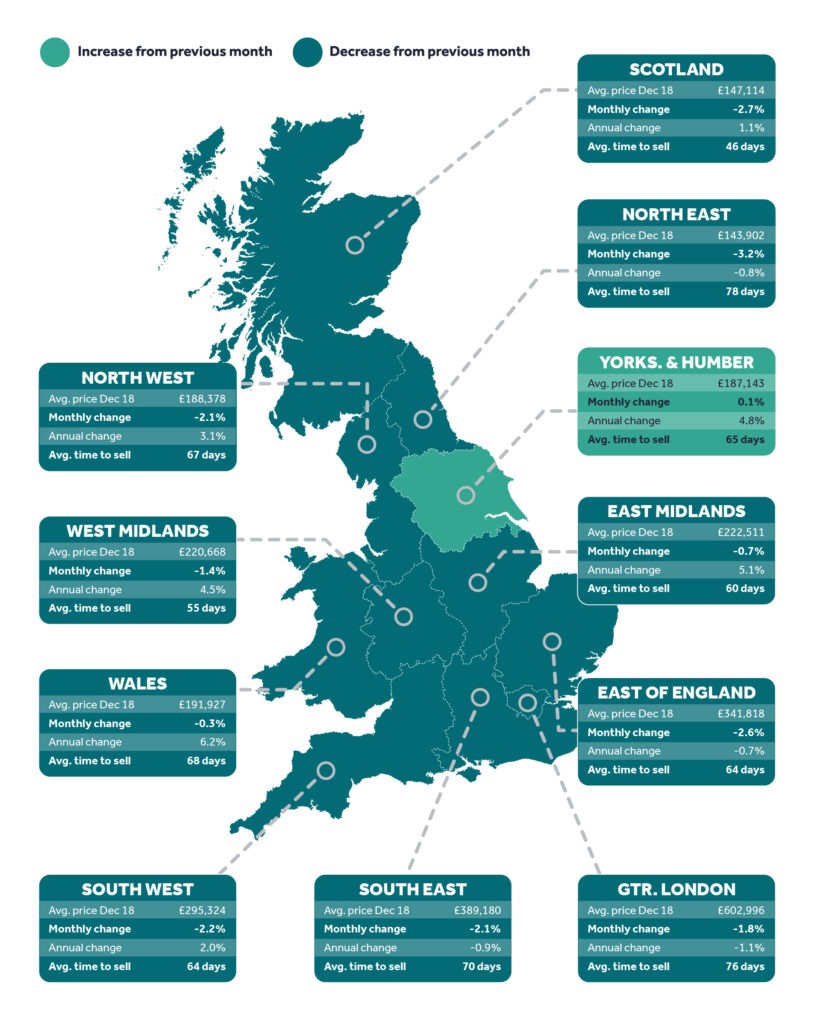 What is predicted for prices in 2019

The evidence does seem to point to lower prices in the first part of 2019. But anything could be changed by Brexit. Mark Carney, governor of the Bank of England has warned that house prices could fall by 30% in the case of a “disorderly” no-deal Brexit. These worst-case scenario warnings have been dismissed even by anti-Brexit economists such as Nobel-prize-winner Paul Krugman.

He was supported by RICS, who said that a 30% fall in prices was implausible. However, some buyers are bound to be put off. Many will be waiting to see what happens with Brexit. On the other hand, if you’re a seller keen to sell, aren’t you going to be keen to take an offer? Especially if you want to move to an EU country before Brexit!

Even more interesting is what happens if Theresa May does get her deal through, or some version of soft Brexit. Under the Withdrawal Agreement, freedom of movement won’t end until the end of 2020 at the earliest. (That’s if it ever does end. Since its biggest fan Theresa May will be long gone before the Transition period ends).

Brexit isn’t the only game in town. RICS say that we have reached a ceiling on prices imposed by affordability. “House prices are now a greater multiple of earnings than at any point since records began… Even for those who could in theory afford to buy, current prices may still be off-putting.” RICS predict a 5% fall in property transactions in 2019 compared to 2018, and good 50% fewer than in 2006.

Then there’s the problem of lack of supply. Although as you gaze over the London skyline at night and all you see from Croydon to Cheshunt is the red lights of cranes, there is still a national shortage of new homes on the UK. With net migration slowing, this may be less of a problem.

Although it still seems unlikely based on recent polls and the Fixed Term Parliament rules, a new Labour government would certainly stir things up. Labour’s policy is to build a million affordable homes within ten years, with affordability based on local incomes.