The smallest country of the United Kingdom was seen at its best in Game of Thrones. Northern Ireland provided many of the locations, technical expertise and even the actors. We’ve always known that Northern Ireland is a bit special, but where should you be considering buying a home here?

Whatever you thought of Season 8 (and for the record, at the UK Property Guide we loved it!), among the stars of Game of Thrones were the filming locations, from King’s Landing to north of the wall, from Winterfell to Meereen. Another star of the show was the competence of the technical crew, who created battle after battle, huge set pieces and dragons. The people and places of Northern Ireland played a huge part in the show’s success. Yet all we seem to hear of the green and pleasant land is in the context of Brexit! So here are five more reasons to buy here.

Northern Ireland is the smallest part of the United Kingdom. It makes up around 6% of the land area of the UK and has 3% of the population. Its economy, however, with GDP of around €50billion, is just 2% of the UK’s. This reflects the fact that Northern Ireland is more rural. Indeed it is green and lush, with lakes, mountains and rolling hills leading down to a stunning coast. 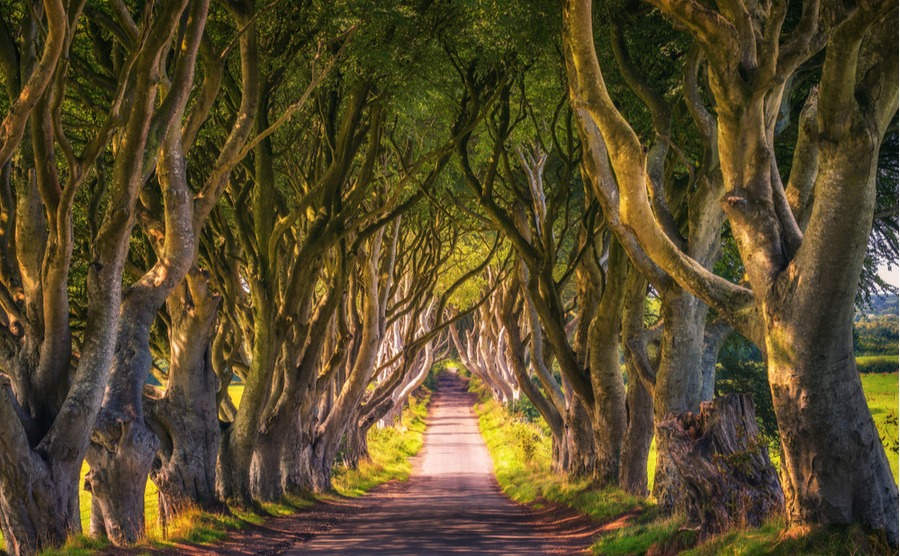 Dark Hedges in Ballymoney. The King’s Road from Game of Thrones

Although the province is rural, the economy of its capital Belfast is strong. Nearly a third of the population live in the greater Belfast area (580,000), and Belfast’s local GDP (known as GVA) is among the highest in the country. It’s a thriving and modern city with a growing service sector replacing heavy industry such as ship building. Tourism has been boosted by the opening of the Titanic Quarter and exhibition and the city’s location as the film set of Game of Thrones. Other significant cities include Derry (90,000), Lisburn (70,000), Newtownabbey and Bangor (both about 60,000).

It’s easy to forget, having caught a plane here, that Northern Ireland is part of Britain! When you arrive in Belfast one is apt to say, “Ooh, they’ve got Marks & Spencer here.” More practically there are advantages to buying within the United Kingdom as opposed to over the border in the Republic. Not needing to change money, for example, understanding the legal system and not needing to show your UK passport. 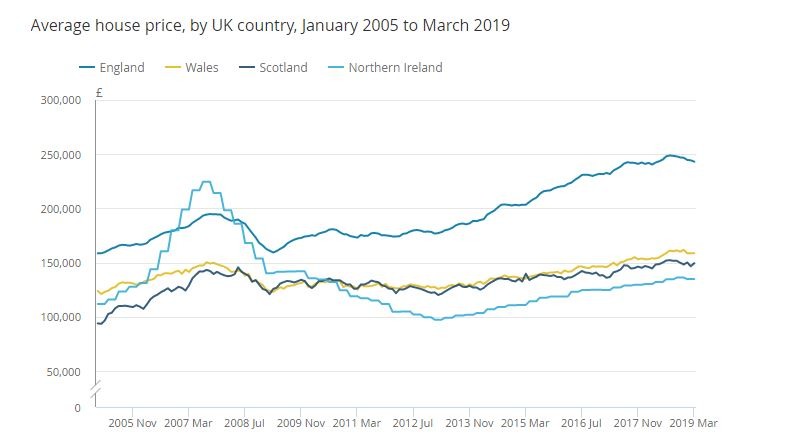 What kind of property?

As well as the potential for buy-to-let incomes in the cities, the picturesque seaside towns of Carrickfergus, Coleraine and Portstewart have possibilities for holiday homes within a lively Northern Irish community, with considerably cheaper prices that their equivalent elsewhere in the UK.