Is the door closing on British bargains?

The pound’s weakened state since June 2016 made British property at least 18% cheaper, while falling demand forced prices even lower. Is a likely Conservative victory mean the bonanza is about to end?

Financial conditions in the UK have been favourable to overseas property investors over the past couple of years. The weak pound and falling demand – and prices – have made UK property significantly cheaper for those buying from abroad.

But with Brexit about to be effectively done and dusted within weeks, according to current polls that put the Tories in a commanding lead, the weather could be about to change.

How can you ensure you pay a fair price if prices do start to rise? Read our free guide How to Negotiate Abroad for tips and tricks from industry insiders.

Predicting how 2020 will pan out is a tricky call, and the result of the election is far from certain. So here we look at the key variables and how they could influence foreign citizens decision to buy British property. 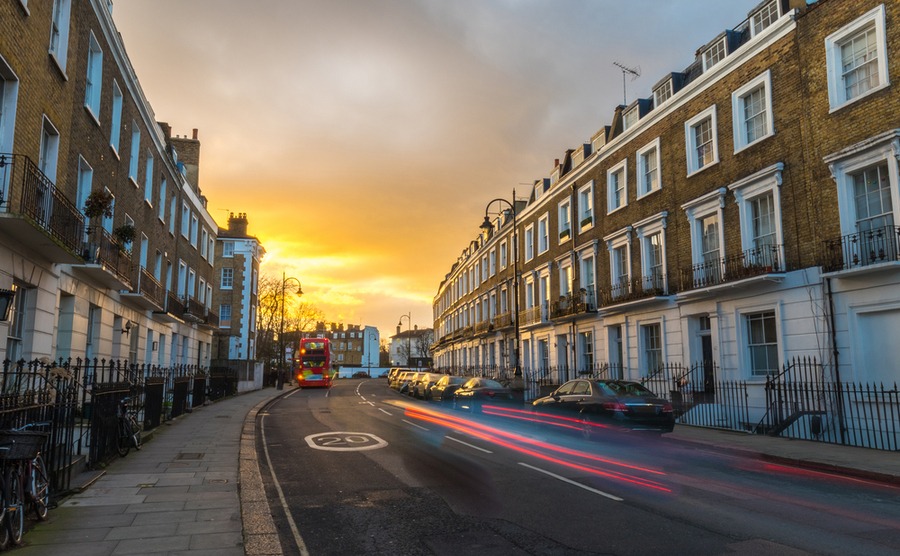 Is it sunrise or sunset for the London property market?

Signs of a turnaround – but only just

The London property market appears to have bottomed out after a sustained period of depreciation, its low point being 2018. In October 2019 house prices in the capital were up 1% year-on-year – the highest rate of growth in two years, according to research by one large property website. Only 23% of London postcodes recorded price falls, compared with 82% in October 2018, said the property portal.

Similarly, annual house price growth for November was 0.8% year-on-year and 0.5% on the previous month, making it the strongest month of growth since April, stated Nationwide’s latest House Price Index.

Will investors who are slow to act miss out on imminent price growth? Unlikely. Much of this recovery is down to limited supply, thanks to many prospective vendors holding off listing their home till the election and Brexit have happened. “This lack of property coming to market has created heightened competition for those properties that are available and, as such, this is currently supporting prices, which have remained steady for some time now,” said London agency Winkworth. “Now, with the traditionally quieter winter months ahead, we don’t expect the market to pick up in the next quarter – uncertainty and stamp duty both also remain issues in the market and a general election set for December could dramatically change the situation.”

The result of the election could be an unwanted curveball for many investors. True to form, non-resident property investors are targeted by the three main parties contesting the ballot box, albeit to varying degrees. The least attractive proposition is a win by the Labour party, who propose charging foreign companies and trusts an extra 20% for property purchases, in addition to the existing stamp duties and surcharges.

Meanwhile, the Conservatives announced they would introduce a 3% surcharge for foreign buyers, who currently pay the same in stamp duty as UK residents, if they win a majority at the polls. This is more than the 1% surcharge they proposed in February. Buyers should note that these increases are in addition to the three percentage-point surcharge levied on second homes and buy-to-let properties.

The Lib Dems also have pledged to increase stamp duty for foreign purchasers, but have not confirmed by how much. Given that an estimated 13% of new homes in London are bought by overseas investors, property developers in the capital understandably are nervous about the possible effects of these surcharges.

“Some [developers] may calculate that they will have to swallow the cost of a stamp duty surcharge in order to attract continued investment,” said Melanie Williams, a real estate partner at law firm DWF. “Many developers will see this as preferable to facing the alternative of a half empty developments, or worse still booking a loss on their development as investors steer clear.”

Compliance for foreign companies with property in the UK is set to get more complex next year, while tax bills for some could also rise. From April 6th 2020, non-UK companies that operate a UK property business or have other UK property income will be subject to corporation tax on their profits rather than income tax. This change is part of legislation included in the Finance Act 2019.

. From April 6th 2020, non-UK companies that operate a UK property business or have other UK property income will be subject to corporation tax on their profits rather than income tax.

It is not the first rule change that could make UK property ownership less attractive to foreign owned companies.

At the same time, the weak pound has helped reduce the negative impact of these measures on foreign landlords. Added Ms Williams: “Some investors have certainly been put off by the far more complicated tax regime that now exists but many overseas investors simply view additional taxes as the cost of doing business, while at the same time a lower pound relative to other currencies has weakened their impact. Meanwhile, for the very wealthy it is unlikely such additional taxes will have much, if any, effect.”

An upswing in the strength of the pound, which is expected once some certainty returns to the economy and a Brexit deal is agreed, could change the landscape of the UK’s foreign market.

The underlying message for buyers in the UK, whether resident or foreign, is think long-term, to beyond the hurdles of the election and Brexit.

International property agency Savills predicts that UK house prices will rise by an average of 15.3% over the next five years. There will be significant variation between regions, and between the prime and mainstream markets. Unsurprisingly, prime central London, where median values stand at just over £2.75 million, is forecast to be one of the strongest performing markets, reversing a trend seen over the past five years.

Meanwhile at a national level, Brexit and election-related angst will continue to act as a drag on the market over the short term, but Savills expects prices to rise broadly in line with incomes thereafter. Average rents are expected to rise 18.8% in London and 13.1% across the rest of the UK, against income growth of 15.6%.