Many of us have had to put our plans to buy a home in the UK on hold for a few months. But for those of us who want to move before the Brexit transition period, who want to avoid the non-resident stamp duty from next April, or who just want to be here now, waiting until next year is not an option! So what can you do now?

From Monday 8 June, anyone entering the UK will need to quarantine for 14 days. It’s fair to say that the policy has been heavily criticised, even by the government’s own side, and many believe that the policy will only be in place until the end of the month.

After that, there should be ‘air bridge’ schemes with lower-infected countries in Europe, such Portugal, France and Greece. Within Europe, the UK is now the worst affected country by far, so the real question is whether any of them will want arrivals from the UK.

Assuming, however, that the UK is essentially on the same course as countries such as Italy and Spain but two or three weeks behind, travel could resume by early July.

The UK’s biggest online property portal, Rightmove, had one of its busiest ever days in may, with traffic up 18% on the same day last year. It suggests that plenty of people have been making plans during the lockdown. many others have been clearing properties and decorating ready for a sale.

Estate agencies have been one of the few businesses open on the high street in recent weeks, along with DIY shops, open-air markets and garden nurseries, which joined those shops deemed essential. Other shops will open on 15 June. 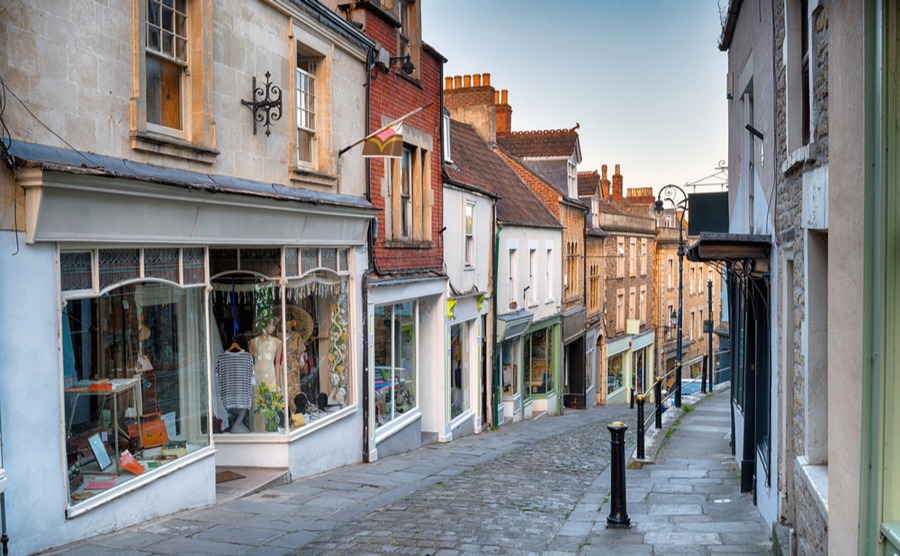 Waiting to open, in Frome, Somerset

Viewings can now take place, under certain social distancing restrictions, and the legal processes can go ahead too. Face masks will be compulsory on public transport from 15 June.

Restaurants, pubs and cafes, however, show no sign of being able to open for dining on the premises and all large gatherings are still banned.

Brexit will not impact anyone holding a UK passport. For European citizens, however, being able to prove residency before the before 31st December will certainly be the easiest route to being able to live and work in the United Kingdom.

You don’t need to buy a property in order to do that – and property ownership is not a route to residency or citizenship as in many countries – so it may be worth renting a property at first and buying at your leisure when you have residency.

Another reason to make haste as soon as the flights start is if you’re buying a second home. The government will introduce a further 2% non-resident stamp duty from April 2021, so there’s every reason not to wait!