Wealthy foreigners are to be offered full citizenship rights in Turkey in a bold move that could bolster the country’s property market. The change in the law announced this month offers foreign investors five paths to hold citizenship:

2. Make a fixed capital investment of at least $2 million.

3. Hold more than $3 million in bank deposits for at least three years.

5. Hold government bonds worth at least $3 million, which they may not diversify for three years.

Most investors will choose the first criteria, buying property worth more than $1 million. With Istanbul’s diverse property market continuing to boom, British investors have joined those from the Middle East and Russia putting their money into the property market of a country that straddles the meeting point of Europe and the Middle East. Other popular areas are the coast and in particular the Turkish Riviera, including Aydin and Antalya. Last year 21,000 units were sold to non-Turks, compared to 16,700 in 2015, not a bad increase given the internal crackdown and the rippling effects of the Syrian conflict in 2016. It remains a potentially lucrative investment for foreigners, with property values rising by 14 percent in the year to 2016 (albeit a less exciting 5 percent after inflation is accounted for. The inflation adjusted rise was above 8 percent in Istanbul. Although that increase fell away following the attempted coup last July, the year ahead promises a return to the good times. 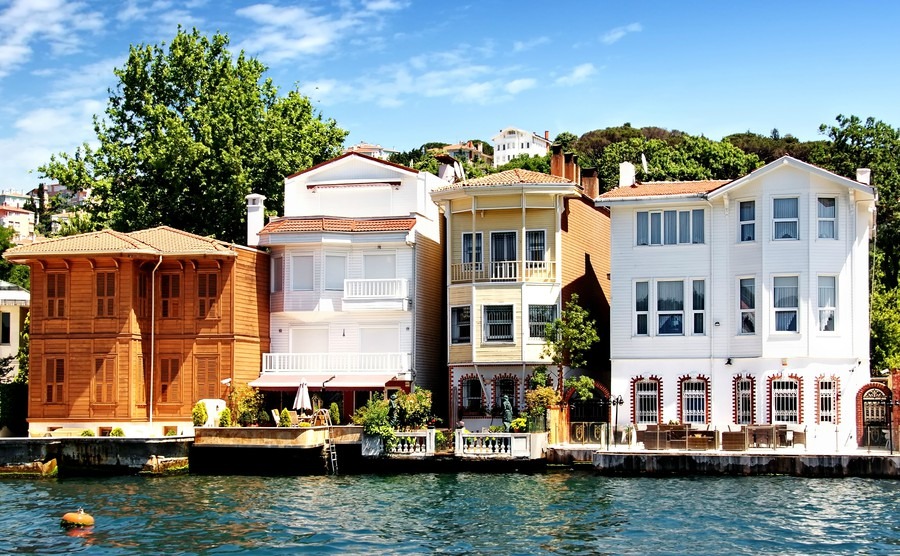 Luxury property on the Bosphorus, Istanbul

Attaining citizenship means that property buyers will not have to go through the bureaucratic process of applying for a residence permit every two years. Citizenship offers a right to work (except in the public sector) and a right to vote.

Given the early days of the announcement, those looking to work their way through the application process would benefit from having a lawyer or legalised translator on board to steer them through the system.

Turkey’s real estate sector has welcomed the move, believing it will help boost the $10bn industry if citizenship and certain rights were offered to foreign buyers. This latest law decree is not to be confused with plans to introduce a Turquoise Card – similar to America’s green card – that enables holders to work and hold residence in Turkey for specific periods of time.

The government announced in summer 2016 – prior to the attempted coup on July 15 – that it was considering a points-based system for foreign workers, based on their vocational qualifications, educational background and professional experiences.

Turkey’s real estate sector has welcomed the move, believing it will help boost the $10bn industry if citizenship and certain rights were offered to foreign buyers.

Expats who are unlikely to ever own more than $1 million worth of property have the option of applying for residence for up to two years, or a ‘lifetime’ residency if they have lived here for more than eight years. However, it doesn’t accord them the rights of a Turkish citizen. Given that the visa will not allow free access to the 26 states within the Schengen Area, it is unlikely to dent the golden visa market in the six Eurozone states that offer it – Spain, Portugal, Greece, Cyprus, Malta and Latvia. You can find further details on those schemes by clicking here. It is mainly aimed at buyers from the Middle East, especially Syria.

It may, however, offer a way into Europe in the longer term, if Turkey continues to press for EU membership. Moreover, in bootring the property market if could help raise prices generally.