British peers voted to protect the rights of EU nationals in the UK post-Brexit, but where does that leave Brits buying abroad? It could be good news, say experts.

A ruling by the United Kingdom’s upper house of Parliament, the House of Lords, has demanded that the rights of the 3.2 million European Union citizens currently living and working in the UK be protected before Article 50 is triggered, beginning the process of Britain leaving the EU.

This is a setback to Prime Minister Theresa May, who has been holding out against strong demands, even among her own supporters, to protect those rights. May’s argument has been that this is a crucial bargaining chip in the campaign to protect the rights of 1.5 million British people living in continental Europe, and cannot be given away unilaterally.

It was a rebellious House of Lords that struck a frustrating blow to the PM’s plans, after peers passed an amendment to the Article 50 bill by 358 votes to 256. The amendment said: “Within three months of exercising the power under section 1(1), Ministers of the Crown must bring forward proposals to ensure that citizens of another European Union or European Economic Area country and their family members, who are legally resident in the United Kingdom on the day on which this Act is passed, continue to be treated in the same way with regards to their EU derived-rights and, in the case of residency, their potential to acquire such rights in the future.”

The House of Lords has only revising and advisory powers however, and the government will now try to convince the House of Commons to override the proposed change, when MPs get the chance to vote on the issue. Unless there is a rebellion by Conservative MPs the Brexit bill without the amendment is likely to be passed within the next two weeks.

If you are looking to buy a home in France, Spain, Italy or Portugal in the near future, come to Your Overseas Home in London, Friday 31st March 2017. There will be legal, currency specialists, plus thousands of homes. For further details, click here.

For British people buying a property within the European Union, the ruling would have little obvious effect even if it did pass, since it relates to the EU citizens settling in the UK. However, in this period of negotiation the public stances and hints are being read for clues. “This is the best possible news for property buyers in places like Spain, France, Italy and Portugal,” says Elaine Ferguson, head of the Resource Centre at Property Guides. “It’s almost like the British have a good cop bad cop strategy: the PM is talking tough while the House of Lords is showing that the British people are well-disposed towards Europe and its people. Of course we don’t know what the final result will be, but for those countries in western Europe that we have a close relationship to, the signs are looking good for us having a friendly ongoing relationship when it comes to living in each other’s countries.”

“The British have a good cop bad cop strategy: the PM is talking tough while the House of Lords is showing that the British people are well-disposed to Europe”.

Elaine’s viewpoint is backed up by many British expats. A representative of the British Community Committee of France told a Select Committee of the British parliament that the UK government should make the first move in the protection of the rights of British and French people living in each others’ countries. Christopher Chantrey, leading the delegation, said: “It is the UK triggering this process. It would be a magnanimous gesture and a good way to open the negotiations, by saying ‘this is what we are going to do for EU nationals in the UK’.”

In the House of Lords debate, Baroness Jones of Moulsecoomb put the argument: “These people are not bargaining chips. If we say quite freely that they are free to stay, that gives the moral high ground to the Government in their negotiations.” 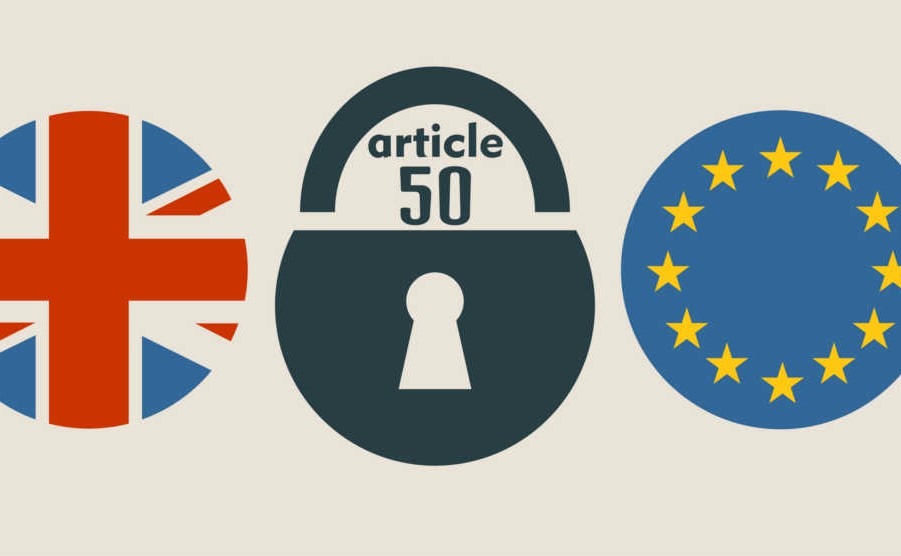 Will Prime Minister May negotiate a good deal for Brits living in the EU?

Whatever happens once Article 50 is invoked and politicians from both sides finally lock horns, the process of finalising the terms of Britain’s exit from the EU won’t happen overnight. The legislation provides a two year period to get the job done, which can be extended if both parties unanimously agree to do so.

Finalising the terms of Britain’s exit from the EU won’t happen overnight. The legislation provides a two year period.

For people buying in the favourite hotspots of Europe, May’s position could have benefits, says Elaine Ferguson: “For those of us looking for property with us, for example at the Your Overseas Home show at the end of March, the rights of people living in Europe before Article 50 is triggered are neither here nor there – they want the right to live and work in Europe without a visa to be extended into the future.”

Therefore, there’s plenty of time left to snap up your dream home in the EU sun before Brexit becomes a reality. By doing so you may find that some or all of your rights for residing in EU are protected once the final deal has been signed off. Failing that you could explore the many golden visa schemes available throughout the continent, which offer residency and associated rights in return for property investment.

If you’re ready to buy a property abroad you’ve probably got plenty of questions about the potential impact of Brexit on your plans. At the Your Overseas Home you will have the chance to discuss your personal requirements with our handpicked experts on a range of issue such as tax, law and currency. This is not your usual crowded property show, but an exclusive event for those serious buyers who are ready to make their move.