Understanding and coping with culture shock

Culture shock is a normal phenomenon when moving abroad. Here are the four stages of culture shock and what you can expect in each one.

There are many emotions that can accompany a move abroad. From the pre-trip excitement and planning, mixed with nervous apprehension and the stress of packing your life away and transporting it hundreds of kilometres away. The gamut of emotions doesn’t end once the plane leaves the tarmac. Once in a new country the waves of emotion can continue. “Culture shock” is the topsy-turvy emotions many people feel when settling somewhere new, and although an overwhelming majority of people report being ultimately happy with their decision to move abroad, few would say it came without emotion. One of the best ways to deal with culture shock is to understand it. Here we look at the four stages of culture shock, and what to expect during each stage.

One of the best ways to deal with culture shock is to understand it. Here we look at the four stages of culture shock, and what to expect during each stage.

This is the adrenaline-fused euphoria of arriving somewhere new. Everything is fascinating, from the food, to the people, to the scenery. During this stage you probably can’t imagine being anywhere other than where you are right now, completely consumed and enchanted by your surroundings. Those who take short holidays may never move past the honeymoon stage which is a major catalyst for the ‘travel bug’. Those who travel to destinations for longer periods will undoubtedly fall out of the honeymoon stage at some point. When the novelty of that intriguing new language, mouth-watering cuisine and laid back atmosphere begins to run out, the next stage may occur. 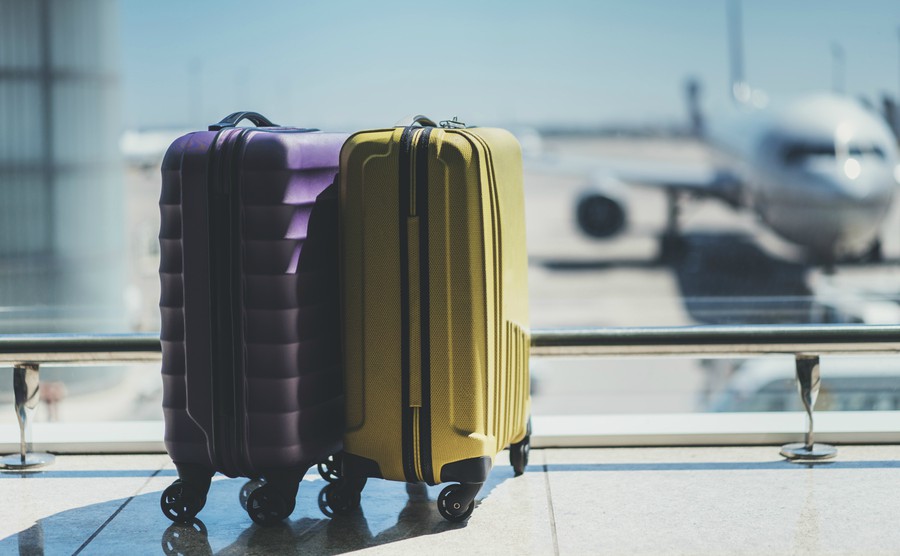 Bags are packed, but are you ready to get on that jet plane?

This is when some of the new things you once loved begin to irritate you! Not speaking the new language fluently becomes an obstacle, the fact that public transport never arrives on time is infuriating, and you would do just about anything for a proper Sunday roast, instead of what’s on offer. The frustration stage can be the most difficult stage of culture shock. Sometimes those that don’t recognize the feelings as culture shock can become depressed and homesick. Cravings for familiarity and the creature comforts of home become unbearable.

The “frustration stage” is when some of the new things you once loved begin to irritate you!

It is important to understand that these feelings will pass, and not to make any hasty decisions (like returning home) during this stage. Accept these frustrated emotions and you can begin to move on to the next stage of culture shock.

You’re beginning to get used to the difficulties of your new environment. It takes on a new familiarity, and you begin moving through the day with ease and grace.

You have found your groove. You may not be as familiar with your new surroundings as you were within your own country but you now have friends, and favourite places to grab a coffee or find your beloved baked beans on toast. Things like posting a letter, ordering takeout and navigating the public transport system have become second nature, and if you’ve moved somewhere that speaks a different language, communication is getting easier. In the last stage of culture shock you have the resources at hand to live comfortably and fluently. Life is good in your new destination.

You will experience culture shock when you move abroad, that’s part of the fun. This emotional roller coaster is completely normal and an important part of the experience. If you’ve been thinking of moving abroad for some time, 2017 could be the year! Let the Overseas Guides Company help you make the transition smoother by providing you in depth information about your new destination, assist with transferring money abroad in large lump sums or regular payment plans (using better than bank exchange rates), or providing expert advice for purchasing property abroad.