For those of who think of ourselves as global citizens, the world is our oyster. But where in the world offers the warmest welcome and the best working and living conditions? Here are the top ten places as rated by expats. Be prepared for big surprises!

Taiwan was deemed the most desirable place to live for expats ranking in the top ten for all key indicators. Taiwan was awarded first place for quality of life and personal finances; many expats were impressed with the affordability, quality of the healthcare system and income earning potential. Taiwan was ranked number two for working abroad. A whopping 93 percent of expats said they were content with their life in Taiwan.

Malta was also in the top ten for every index, performing better than almost all other countries for ease of settlement. Not surprisingly, this Mediterranean island rated very strongly for climate and weather and also maintained a strong score for personal finance (although many expats said they earning less in Malta then they would back at home). Nearly half of expats indicated they intended to stay in Malta forever, which was higher than the global average of 31 percent.

Malta was also in the top ten for every index, performing better than almost all other countries for ease of settlement

For the previous two years Ecuador took first place as the most desirable country to live but has dropped to third place this year. Ecuador performed worse across all indexes this year with most losses in the working abroad index where it fell from 5th in 2014 to 30th out of 64 countries this year. Ecuador ranked well for ease of settlement and overall life satisfaction, however. 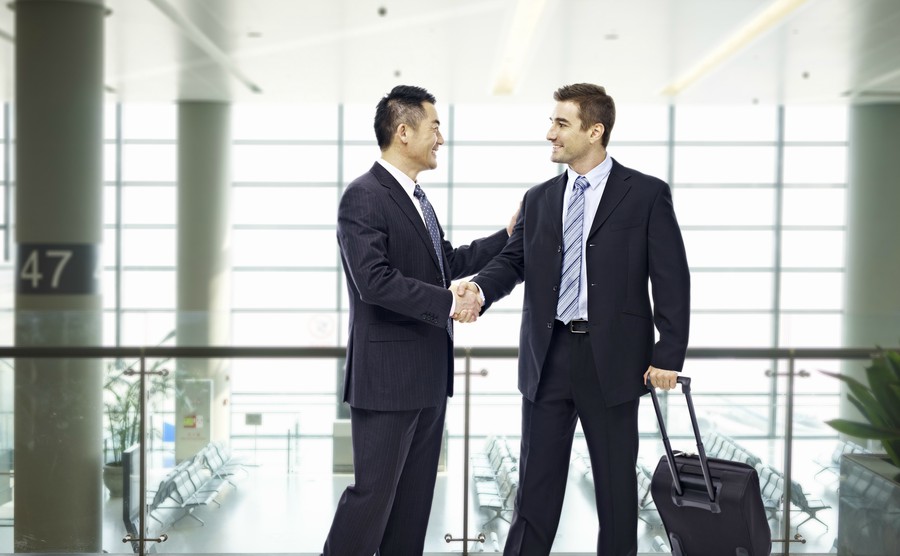 Two businessmen, one asian and one caucasian, shaking hands and smiling at modern airport.

Mexico was rated the number one country in terms of ease of settling in for the third year in a row. Expats living in Mexico found it easy to make friends, felt welcome, and found the locals to be friendly towards expats. Cost of living was also ranked well by expats as was personal finances. Expats looking for love, in long distance relationships or seeking gender acceptance and equality rated Mexico fourth for satisfaction with relationships. Overall 91 percent of expats were satisfied with life in Mexico – maybe they should pay for that wall after all!

New Zealand was more desirable than Australia, placing slightly higher for all indicators, especially for ease of settling in, working abroad and overall quality of life

New Zealand was more desirable than Australia, placing slightly higher for all indicators. New Zealand was praised especially for ease of settling in, working abroad and overall quality of life. Areas where it didn’t score as strongly compared to other countries included personal finances and cost of living. New Zealand held the third place rank with regards to relationships.

This year’s sixth spot went to Costa Rica. It was placed second for ease of settling in, with expats indicating an ease of finding friends, the feeling of being welcome and a general friendliness of the local population. Quality of life in Costa Rica was ranked 5th best in the world with plenty of leisure options and personal happiness contributing to this. Costa Rica was also ranked as a great place for relationships and gender equality.

The Land Down Under received strong rankings across all indictors. Overall Australia ranked seventh for family life but looking a bit closer ranked number one in the sub categories of family well-being and leisure activities for kids. The environment in Australia was highly regarded by expats with half of expats rating it well compared to an average of 28 percent for other countries. The Australian people maintained their reputation as a friendly bunch with 71 percent of respondents finding Aussies friendly. Although Australia was ranked as having great work-life balance its ranking was damaged by a high cost of living.

Austria performed well for quality of life and expats gave quality of the environment a 96 percent rating. The country also performed particularly well in the transportation and healthcare sub categories. Areas where Austria didn’t score as well include personal happiness and leisure options. Expats indicated Austria is an ideal country to work abroad, ranking seventh out of 64 countries. Overall 88 percent of expats were satisfied with their life in Austria.

For those looking for the ideal work environment, Luxembourg’s stable economy provides ample job security and a great work-life-balance. Expats in Luxembourg also indicated a strong quality of life, with safety and security better than anywhere else in the world. Family life was also rated strongly in Luxembourg ranking number 14 overall.

Czech Republic proved to be an ideal place for expat families ranking number two for expat life with the availability and cost of childcare better than most countries. Czech Republic also ranked very strongly for work-life-balance and job security. Overall Czech Republic came in number seven for overall quality of life ranking particularly well with travel and transport and overall health and well being.