Been talking about moving abroad forever, but never quite made it? Maybe we can convince you with these seven wonderful reasons to make the move in 2017.

Many people dream of living abroad or owning property overseas but never make it happen. And with good reason, it’s a major commitment of time, money and effort. For those who make the effort, the rewards can be enormous (and not just financial, although arguably the property investment returns are better outside the UK than in at the moment). So if you’re sitting on the fence, here are seven great reasons why 2017 is the year to take action.

The universe has a powerful way of bringing you exactly what you need when you need it, all you have to do is take that leap of faith!

If making your move abroad isn’t prioritized it will probably never happen. There are always things to be done and if you think there will magically become the ‘perfect’ time to pack up and go, you’re probably mistaken. Making the decision to move abroad usually comes with some sacrifices too. You may need to miss your grand-daughter’s second birthday, sell the home when the market isn’t optimal, or surrender your grand career ambitions for a more flexible work-life balance abroad. Whatever the reason holding you back, remember the universe has a powerful way of bringing you exactly what you need when you need it, all you have to do is take that leap of faith!

2. You only live once

If you’re like most people considering moving abroad, you’ve probably been inspired by stories of people just like yourself who have made it happen. What’s the difference between you and them? Simply put, they had the courage to do it. It takes a bit of guts to pack up your life and move somewhere unfamiliar but as you’ve probably seen from those you follow who have done just that, it can be wildly rewarding. You only live once, so make sure you are living your best life and not settling for mediocracy out of fear of failure, what other people think or [insert your excuse here!]. 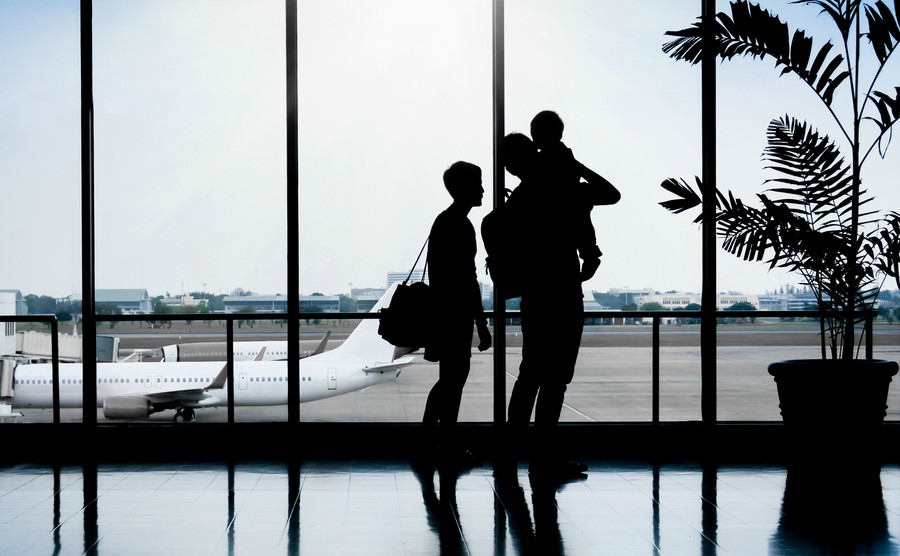 Excuses will always be there for you, opportunity won’t

3. You’re not getting any younger

That probably won’t come as a surprise to you! You are never too old to move abroad, but why wait? Having youth and time on your side often makes a move overseas easier. Whatever your age, now is the perfect time to start a new life overseas or buy that holiday property you have always wanted. Don’t wait until the end of your life to start living.

4. It might be a good time for a break from the UK

Whatever you think of Brexit, there is a looming uncertainty about Britain right now. Maybe it’s a good time to get out and gain a fresh perspective? Uncertainty can weigh on people more than they realise at the time and it can take a new environment, surrounded by different people, cultures and scenery to release the weight of the drama and politics from back home.

Living abroad in 2017 has never been easier.

5. It has never been easier to live abroad

Living abroad in 2017 has never been easier. With free Wi-Fi almost everywhere, cheap airfares and a globalized economy, staying in touch with family, getting your favourite products from back home, and working and travelling is practically seamless these days.

6. Continued rights to live within the EU

For now, UK citizens have continued rights to live and work in the EU. If you have always wanted to spend some time in Spain, or learn French in the French Riviera, now is the time! There will likely be reciprocal or continued rights after Brexit is all said and done, but just in case, don’t delay living out your European dream now.

7. Living abroad is good for your health

Recent studies show that living abroad is actually good for your health. In a study of British expats conducted by health insurer AXA PPP International it was found that 61 percent of expats believed their physical health had improved from moving overseas, while 64 percent believed their mental health had improved. If you’ve been battling health problems or are seeking optimal health, moving abroad could be just the medicine you need.

Call the Property Guides Resource Centre on 020 7898 0549 for more information and suggestions. We are open Monday to Friday, 8am to 6pm.