The UK has many great cities, all with their own charm. It can be difficult to know where the best place is to invest in a property. Whether you’re looking to move back to the UK, buy a second home, or perhaps a holiday home, we’ve got you covered with our list of the five best places to buy property in the UK in 2021.

Recently thrown into the spotlight by BBC’s Peaky Blinders, Birmingham is one of England’s most affordable cities. The city has year on year topped lists of the best place to invest in the UK. With average house prices of £202,162 and projected capital gains growth of 16.5 per cent over the next five years, it is no wonder. 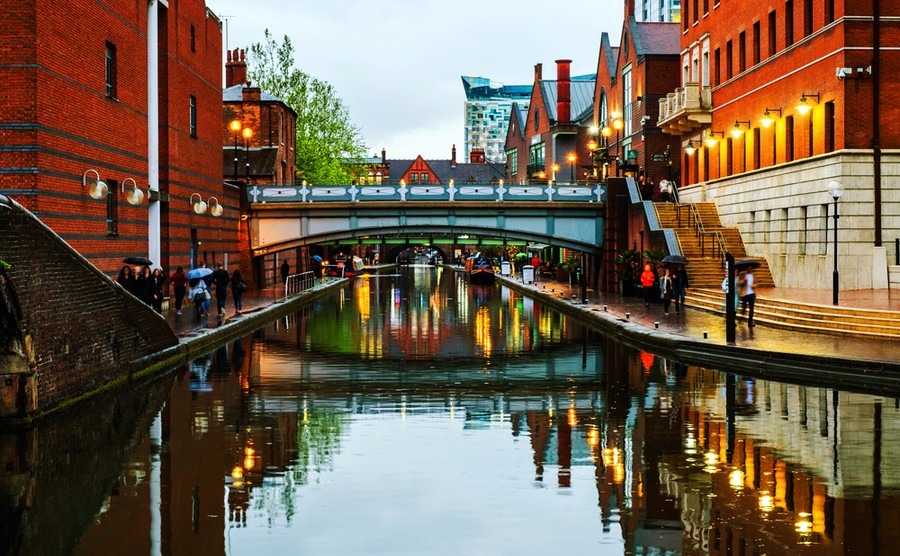 An unusual fact about Birmingham is that it is actually thought to have more canals than Venice! These are now the location of many trendy waterfront cafes and bars. The city has a lively and friendly vibe, with numerous annual festivals and events. The Birmingham Bullring is also one of the largest shopping centres in the UK.

The city is very well connected to the rest of the UK, taking around an hour and half to get to London on the fastest train. The development of HS2 is expected to reduce this journey time to just 49 minutes. Overall, Birmingham is an excellent choice to invest in property, and it will only flourish more in the years to come.

One of the most culturally diverse cities in the UK, Manchester is a great city to buy property. There is some incredible architecture, and upon entering the city, it’s unlikely you’ll miss Beetham Tower – the second tallest skyscraper outside of London – or the impressive Town Hall. Home to two world-famous football clubs and British Cycling, the city boasts some of the best sporting facilities in the country. For food-lovers, check out the UK’s second largest Chinatown and the Rusholme area for some delicious and authentic Asian and Middle Eastern cuisine. 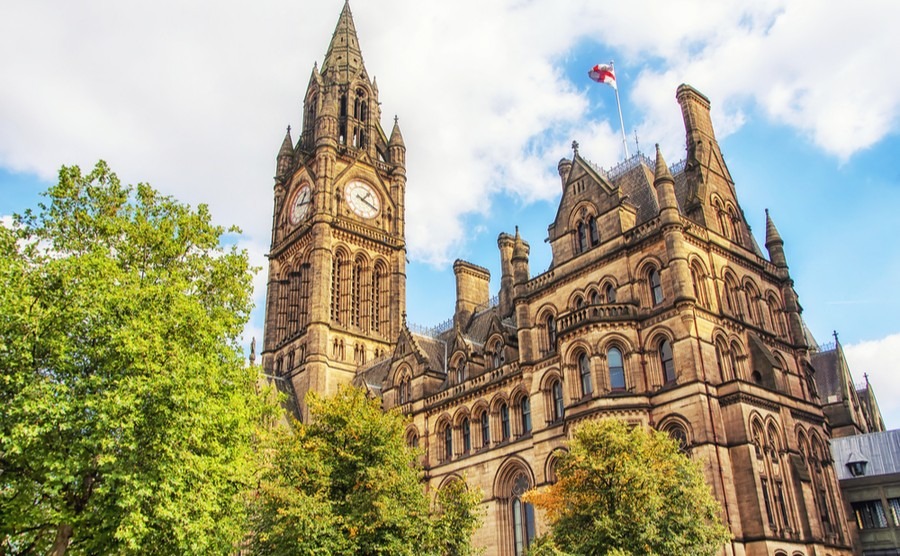 With plenty of festivals, shops and four national parks within driving distance of the city, its safe to say you’d never be bored. Manchester is projected to have one of the largest capital gains growth over the next five years (17.1 per cent). Average house prices here are an affordable £242,311.

One of the cheapest cities to live in the UK and brimming with art, music and cultural heritage, Liverpool should definitely be on your list of places to consider buying property in the UK. The historical maritime city was a powerhouse during the industrial revolution, and much of its history is still present today in a number of museums. 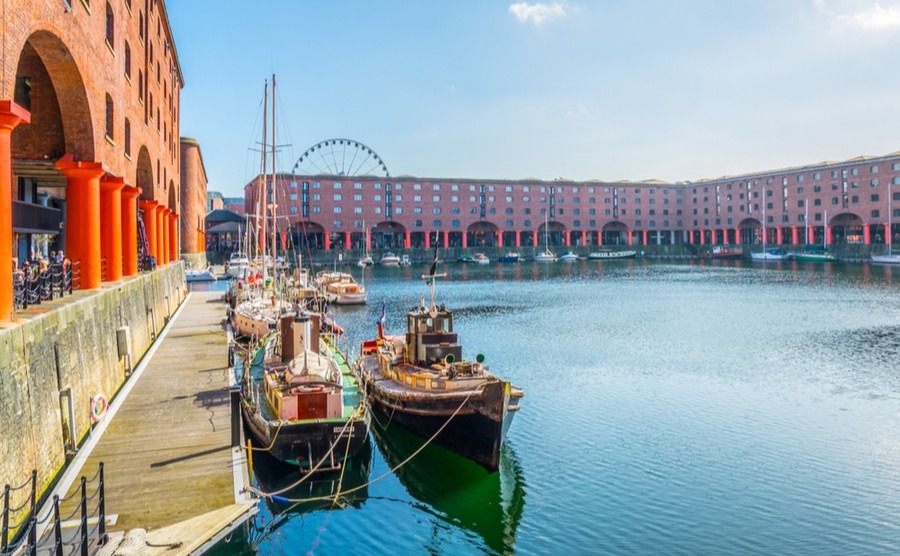 The Royal Albert Docks now has many bars and restaurants and is a fun and vibrant hub in the city. With a famous musical past – being the birthplace of the Beatles –  the city’s music scene is still going strong. On a typical weekend you could take a stroll in Sefton Park, admire the modern and contemporary art at the Tate Liverpool, or enjoy a ferry ride along the Mersey. Average house prices are just £186,527.

If you’re looking for both city and countryside living, Nottingham is the place to be. Home of Robin Hood and famous for its historic lace market, Nottingham is an interesting and affordable area of the UK to buy property. Moreover, average salaries in the area are higher than the UK average, and there are some great schools, making it an ideal location for families. There is some beautiful architecture too, including Wollaton Hall, a Grade One listed Elizabethan mansion. 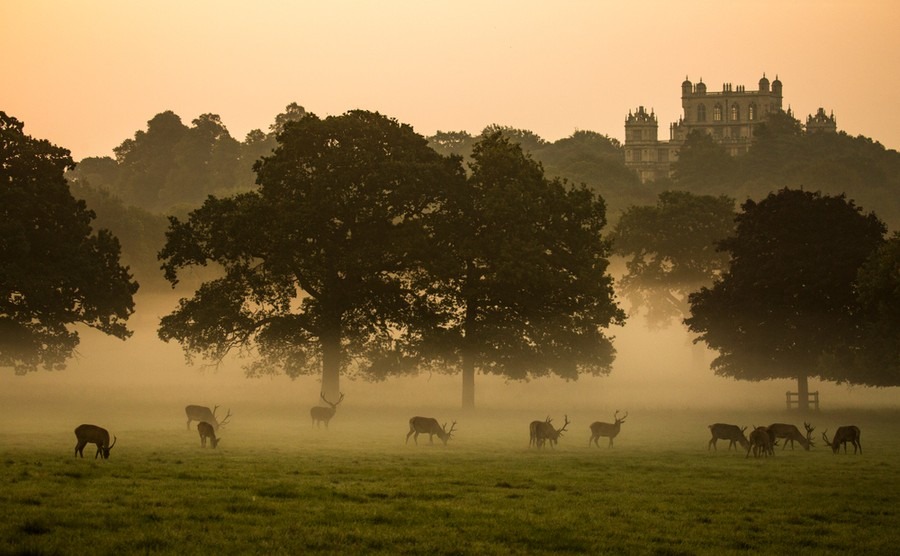 Did you know there are over 500 man-made caves under the city?

Nottingham is located in the heart of England, so it is easy to get to pretty much anywhere in the UK. Housing is affordable, with average house prices of £214,435, and projected capital gains growth over next five years of 14.8 per cent.

Art, history and culture describes Edinburgh perfectly. The capital of Scotland, and one of the most popular holiday destinations in the UK, Edinburgh is a charming, yet vibrant place to buy a home.

History radiates throughout the city – much of which is classed as a UNESCO World Heritage Site – with architecture that dates back as far as the 12th century! A walk up the Royal Mile, through the old town, will take you to Edinburgh Castle, which has magnificent views of the city. The Grassmarket, a medieval market famous for the public executions that took place there, is now a lively area for drinking with friends and visiting unique, independent shops. And of course, Edinburgh is the home of the largest art festival in the world, the Edinburgh Fringe. 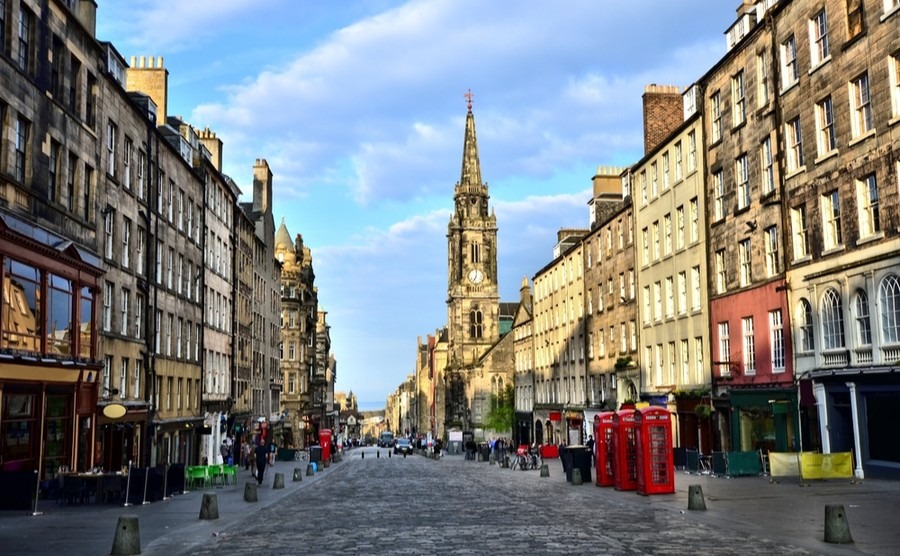 View down the Royal Mile, Edinburgh

The city is a perfect place to invest in property due to its popularity with tourists and its projected capital gains growth of 17.1 per cent over the next five years. Average house prices are £333,691.

Buying in the UK is safe, but your money is exposed to ‘currency risk’. Don’t commit to buying before reading the Property Buyer’s Guide to Currency.