New car sales in Italy rose 18.7 percent in December 2015 compared to December 2014, with 109,395 vehicles sold. Around 29% of the market in that month went to Fiat Chrysler Automobiles, with a market share of around 28% over the year. Sales were driven “by the excellent performance of the latest models launched” with the Fiat 500X and the Jeep Renegade among the top ten in the European segment. The Fiat 500 and Panda also dominate their market (with 27.7% share), while the 500L is the most sold of its kind (83,300 registrations and a share of 22.5%). Jeep, however, ended the year with record sales in the world (almost 1 million, 240 thousand), and an increase of 113% in Europe. Total Italian registrations are up 15.75 percent for the whole of 2015. 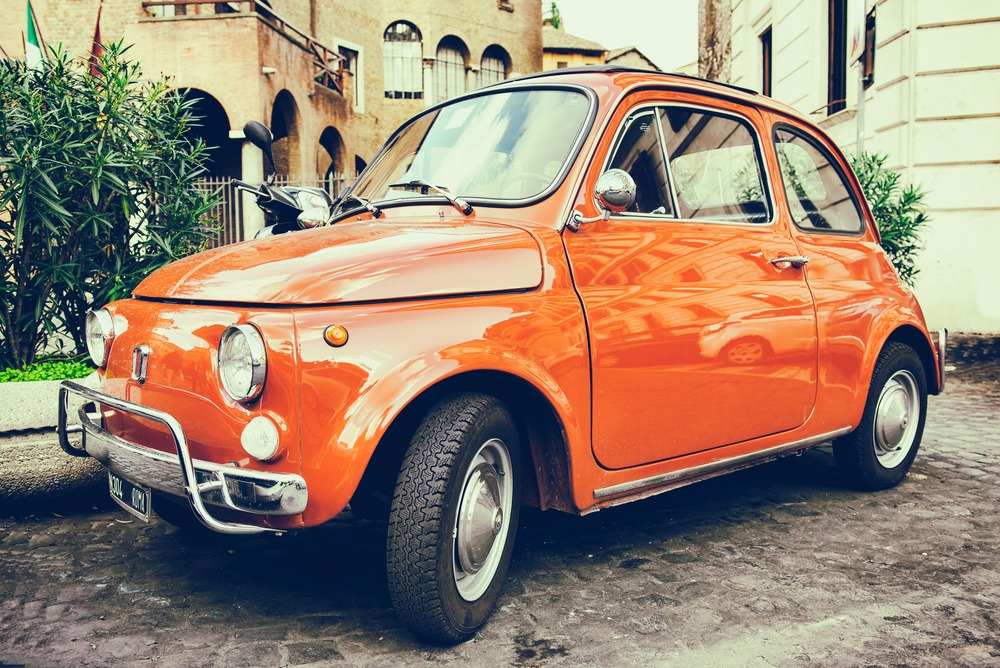 Ferrari is also in the news, thanks to its debut on the Milan Stock Exchange at the beginning of the year. The exclusive style of Ferrari’s black stallion came to the Borsa Italiana, with over a dozen dream cars parked out the front. The ceremony began with a video tribute to the company’s founder, Enzo Ferrari, and to its almost 70 year history. Prime Minister, Matteo Renzi, attended the event and made a speech congratulating Ferrari: “We need no longer fear the markets. If we get on track we can be the best in the world”.

He added, “If Italy stops being afraid, we can get back on track and win. We have to change our mindset, know how to deal with bad times and get back on our feet. I hope that 2016 is the year when we stop making up lost time and start looking to the future”.

Buying a car in Italy.

In your dreams of moving to Italy, you may picture yourself cruising around the countryside roads in your sleek, red, open top Ferrari, but in reality, the ideal car is something rather smaller, with good air conditioning. Whether you will be driving in the city or in the historic villages, a small car is much easier to manoeuvre through the narrow streets and to squeeze into that small parking space. You will want a strong, safe car and an extra pair of eyes, to watch out for the unpredictable Italian drivers. Choosing an Italian car, or any popular make, will save you money later on in parts and repairs. Fiats are widely recognised as the most affordable and reliable Italian cars and you can get parts for them fairly easily. Mechanics will often suggest a trip to the local scrap yard for cheap replacement parts.

Buy from a local garage that has been recommended by other local expats.

Whether choosing new or second hand, it is worth buying from a local garage that has been recommended by other local expats. Always get second hand cars checked by a mechanic. A good garage will walk you through the paperwork, and if you do have any problems, it’s handy to have them close by for any necessary aftersales service.

Italian car insurance is very expensive and doesn’t take into account any “no claims bonus” you had before, as it is the car, not the driver, which is insured. It is worth shopping around on the internet for insurance quotes before deciding on a car.

You’ll need to go to the Italian Automobile Club Public Registry Office (Automobile Club Italiano Pubblico Registro Automoblistico) with the car’s owner to transfer ownership and pay an ownership transfer fee. The annual car tax (bollo), varies in cost, depending on how environmentally friendly your car is, how big your engine is, and whether the vehicle takes diesel or petrol.

Before you buy, you need to make sure you have:

In Italy, it is a legal requirement for all cars that are more than four years old to have a ‘Revisione‘ (the equivalent of an MOT in the UK) every two years. This is done at your local ‘Centro Revisioni Auto‘.

With such beautiful countryside, beaches and historic towns to explore, a car is a real must to get the most out of life in Italy.