10 of the USA’s best foodie destinations

We’re not going for the usual suspects – like New York or San Francisco – we’re looking at those hidden gems in the US, where food and drink really tantalises the taste buds and housing is equally tempting.

Adjusting to the cuisine of your new country, sampling local dishes and investigating the nearby restaurants are some of the joys of an international move or property purchase. The term ‘foodie’ is used to describe anyone who goes crazy over gourmet delights, and you don’t have to get that label by attending swanky restaurants. You can be a ‘foodie’ if you’re simply passionate about finding good grub, whether that be at a farmers market, out of a food truck, or directly from a fisherman flogging his catch of the day down by the docks. Of course, locations like LA and New York City will leave you spoilt for choice, but for the purposes of today’s article we’re considering lesser known foodie locations, which also boast affordable housing. 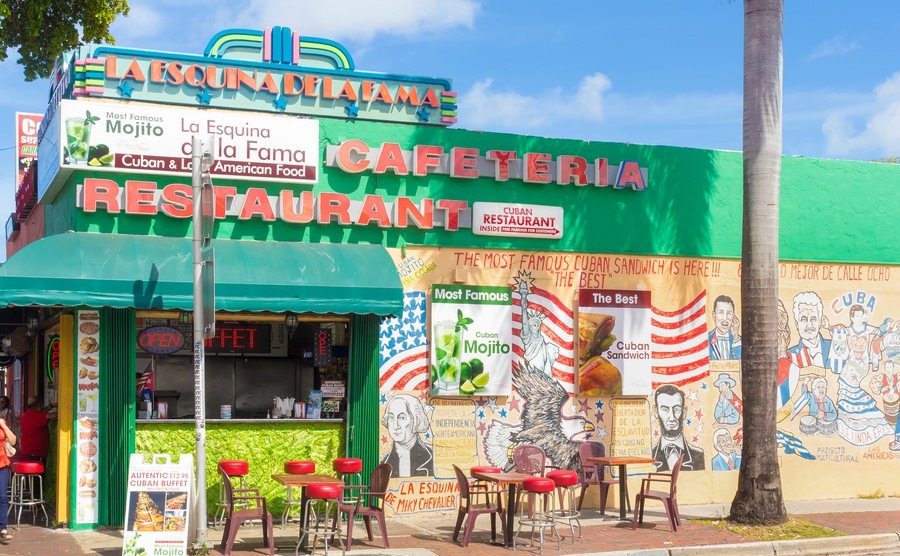 Cuban diner in Miami. Just one of many international cuisines you’ll find throughout the country (Kamira / Shutterstock.com)

Meat lovers rejoice! Houston is currently enjoying a ‘barbeque renaissance’, which means slow-cooked marinated local meat is the name of the game. In some places, you may even be treated to free beer to take your mind off the long queues that are inevitable at the weekend. Houston has often made ‘best foodie cities’ lists, but it’s only recently that the rest of the world has started taking notice. The city’s fare is influenced by its diverse population. Mexican food is top notch, with restaurants often specialising in a specific Mexican region. You’ll also find excellent Tex-Mex, Vietnamese, Chinese and the city’s signature dish, Asian-Cajun seafood boils, which features crawfish boiled up with an Asian-style garlic butter. Austin, Dallas and Fort Worth are also foodie destinations in their own right.

Miami’s menus are heavily influenced by an array of national cuisines.

Being an international city, Miami’s menus are heavily influenced by an array of national cuisines – Cuban, Caribbean, Creole, Peruvian and Indian, are all found side-by-side with classic American comfort food. Being surrounded by water also ensures menus are heavily laden with fresh seafood options. The city has various different quarters where you’re likely to find the best cuisine of its kind, for example Haitian in Little Haiti and Little Havana for Cuban. A number of excellent restaurants have also fused Latin, European and Asian flavours to create a style of cuisine that’s unmistakably Miamian! 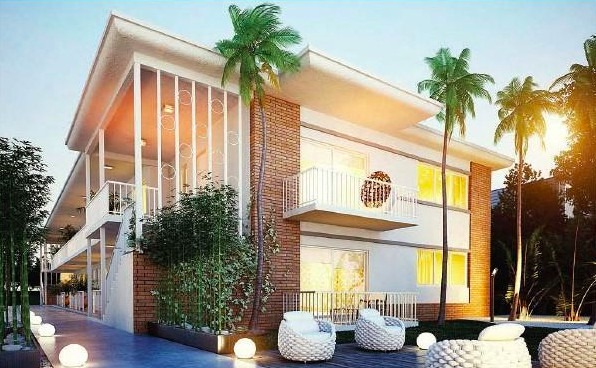 This Art Deco one-bed maisonette in a modern, luxury complex just around the corner from Miami’s South Beach is on the market for £122,600. The property is fully-fitted with all appliances and presents an excellent investment opportunity.

Louisiana’s port city is perfect for anyone who gave up caring about carbs and calories a long time ago – expect lashings of butter, cream or oil in most meals. Traditional Southern flavours tend to dominate but you can also fill your boots with Creole and Cajun dishes, which combine staples of Italian, African, Spanish and French grub. Jambalaya, Gumbo and red beans and rice are classics. As are po’boys – a bread roll full of meat or fried seafood. You’ll find the best Creole joints in town nestled in the French Quarter, while the Warehouse District and Central Business District are good for trendy, good value eateries. The city also hosts a number of popular food festivals, including their restaurant month – COOLinary New Orleans, New Orleans Wine and Food Experience and Louisiana Seafood Festival.

While it may not yet have quite the same hip reputation as its west coast namesake, Portland in Maine is hot on its heels. Formerly a relatively sleepy port town, the last few years have seen it become a foodie destination to rival the big hitters due to an influx of ambitious artisan chefs, bakers and brewers. The city has an abundance of restaurants – there are said to be more restaurants per capita than San Francisco, which means you’ll find high quality establishments lining the pavements of Downtown and the waterfront. The seafood here is worth the stop over alone! 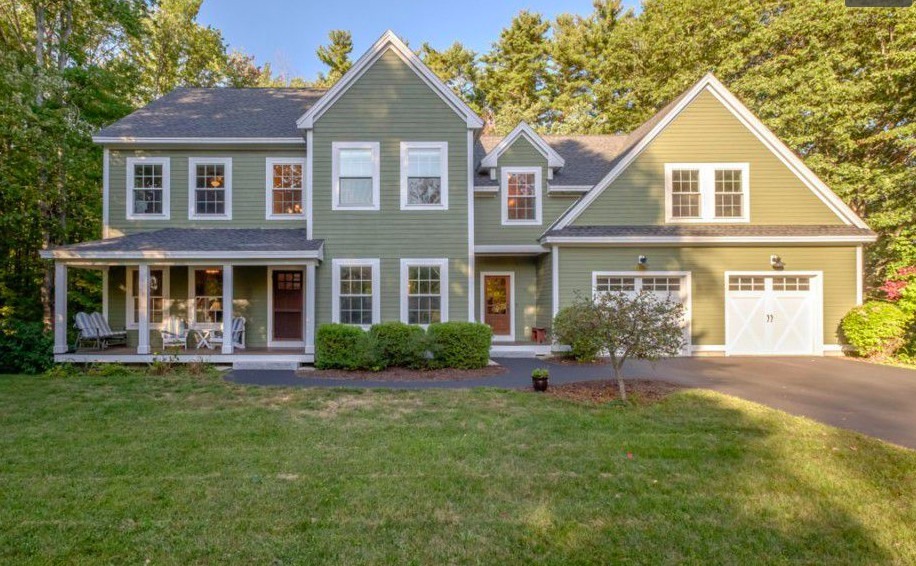 This four-bed, four-bath house offers all the space a growing family needs, and is on the market for $575,000 (£409,000). The property features a sizeable workshop, Brazilian oak floors, 10 foot ceilings and antique barn beans.

In San Diego it’s practically impossible to eat unhealthy food. If you’re vegetarian, vegan, gluten intolerant and the like – you’ll be delighted by the array of options available to cater to your specific requirements. Mexican cuisine is also big business and arguably some of the best in California, and Filipino fodder is also making waves. Popular foodie neighbourhoods of the city include La Mesa, Chula Vista and Barrio Logan. The coffee and farmers markets in San Diego will also blow your mind.

Orlando may be best known for its chain restaurants, but venture a little outside the tourist mainstays and you can find some delicious options. Cuban, Turkish and Creole are popular, and if you really fancy a treat head to Winter Park just outside of Orlando – a town that has 57 restaurants, despite only having 10,000 residents. Winter Park chefs are known for their playful, original menus that mix up cuisines and experiment with locally-sourced ingredients.

Not content with taking the movie business by storm, the Capital City of the South is now taking on the culinary scene and racking up awards and accolades galore. The New York Times referred to a couple of Atlanta’s best restaurants as reflecting, ‘a new kind of sophisticated Southern sensibility centred on the farm but experienced in the city”. Some of the USA’s best chefs have holed up here, and the bigger cities have been sitting up, taking notice and picking the brains of the leading chefs by inviting them to events in New York and LA to host special dining experiences. Atlanta’s Southern Wing Showdown event brings together chefs from all around America’s south to showcase the very best in the region. You’ll find restaurants ranging from high-end joints owned by famous chefs, all the way down to modest ethnic and southern eateries that’ll ensure you leave full to the brim. 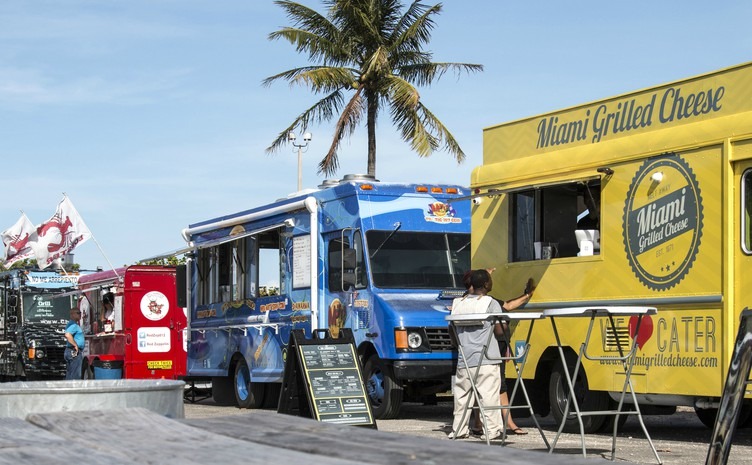 Charleston has long had one of the hottest food scenes in the USA. You can expect to dine upon delights that utilise the high quality natural ingredients found in South Carolina’s Low Country. This is a great spot for pizza, Asian fare, artisan meat and barbeque joints, many of which uphold decades old family barbeque recipes and traditions. You’ll also be able to sample Gullah cooking, which is of West African origin. Food festivals are a regular occurrence in this corner of the country, with Charleston Wine and Food festival and Charleston Restaurant Week being highlights. There are so many excellent restaurants in this city, so you’ll have to move here to really scratch the surface! 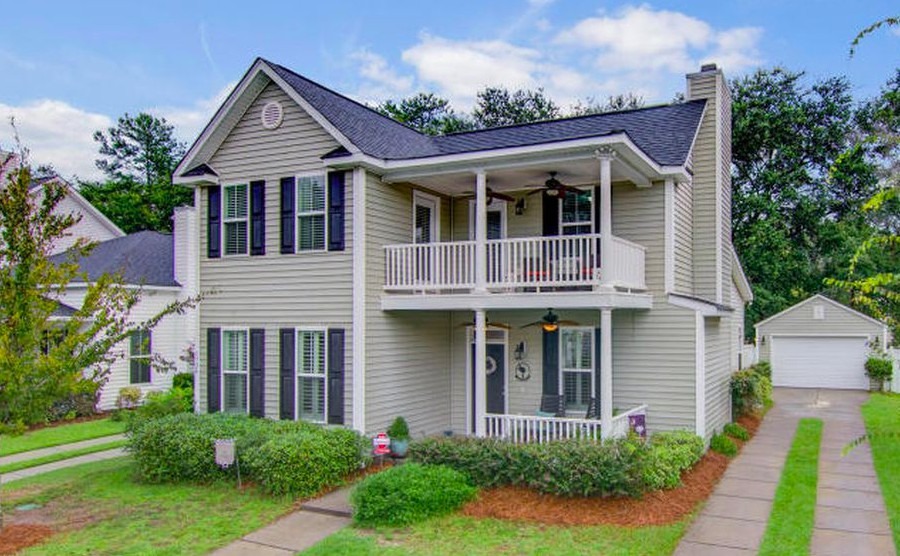 This four-bed, three-bathroom property is on the market for $323,000 (£230,000). The property has double front porches upstairs and downstairs, perfect for soaking up that Southern sunshine and an open-floor plan perfect for entertaining new friends.

Charleston has long had one of the hottest food scenes in the USA.

While Providence’s food scene is often over-shadowed by its more famous New England neighbour (Boston), this is a city with an exciting emerging foodie scene that could be just what you fancy. Expect the whole shebang – excellent brunch spots to food trucks, ethnic cafes to high-end fare.

If you want to set up shop in wine country, but don’t fancy the madness of Napa Valley, perhaps set your sights on Sonoma County, and Healdsburg in particular – a place that has more wineries than its more well-known neighbour, plus its fair share of Michelin-star restaurants. Given its beautiful rural location, you can look forward to browsing farmers markets and tucking into farm-to-fork plates where the ingredients hail from just down the road. 33% of Healdsburg’s restaurants have five stars, and you are guaranteed a tasty tipple while you’re there.