Living in the UAE is great for go-getting globetrotters

The United Arab Emirates (UAE) is one of the most popular places for go-getting globetrotters; a fun and thrilling step for anyone looking to enhance their career and explore a new and different culture. Indeed the UAE is one of the most multi-cultured societies on the planet, a nation of expats. But what else do you need to know before you try living in the UAE?

No income tax! One of the great advantages to working in the UAE is that you won’t pay tax on your salary. Some small taxes are paid on goods and services, but most of your salary is yours to spend.

Bear in mind, however, that this is reflected in the cost of living in the country. It does have a reputation for being an expensive country to live in. Looking at Numbeo.com, the expats’ living costs website, you’ll find that the cost of rent is higher in the UAE than you may be used to in the UK. A one-bedroom apartment in the city centre in the UK costs on average £745 per month, while in the UAE that same apartment would cost over £1,200 per month. A three-bedroom apartment outside the city centre would cost £924 per month in the UK, and £1,700 per month in the UAE. 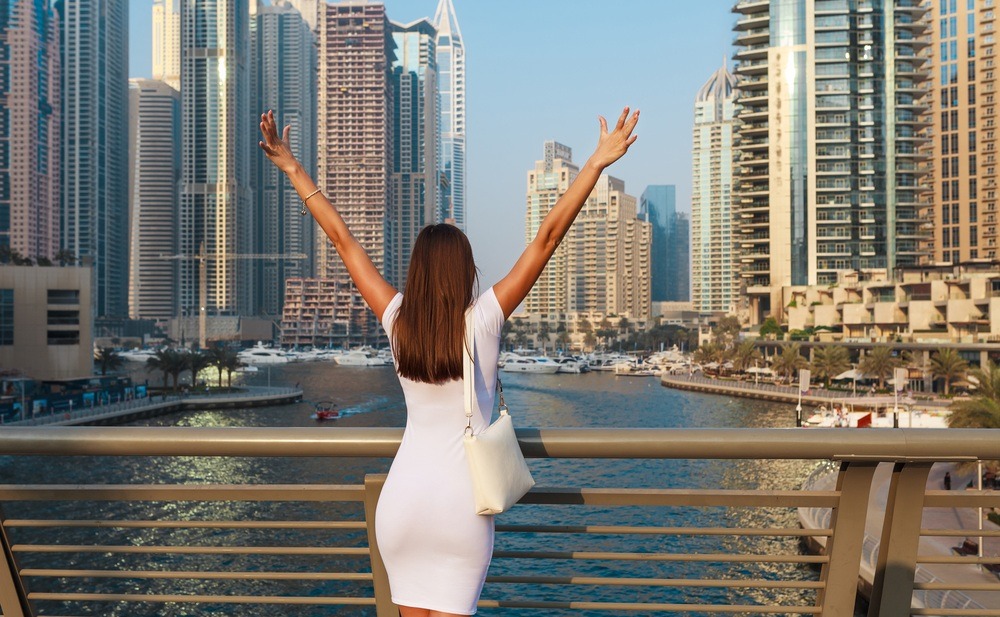 The world is your oyster, in the UAE

Despite this however, you will find that consumer prices (including restaurant and grocery costs) are actually lower in the UAE than in the UK. The additional money in your pay packet thanks to a lack of income tax should more than cover this additional rent.

Before you make too many plans to live in the UAE, you need to know how much local currency your pounds will buy. When you register with Smart Currency Exchange you will be able to talk through your plans and budget with your own dedicated trader. To begin with, read the Property Buyer’s Guide to Currency.

The UAE has an incredibly high standard of healthcare, rated so by the World Health Organisation (WHO). The Ministry of Health has increased government spending on healthcare, rolling out a multimillion dollar programme to expand the current healthcare facilities. Dubai, for example, has its own Healthcare City, and along with Abu Dhabi is well known for medical tourism. All clinics have the most up-to-date equipment and highly qualified specialists (drawn by the lack of PAYE too!).

UAE citizens receive free healthcare, but as an expat you will need to take out a private health insurance. There are several options available; you will usually find that it is competitively priced and that your employer will be able to provide you with policy options. You will usually only be able to receive elective treatment in private hospitals, so we recommend making sure you have all the details of your nearest one.

One of the best parts of living in the UAE is the access it gives you to the thousands of different cultures, religions and people. There is a wealth of different kinds of foods, ideas and traditions, in a melting pot of multiculturalism. 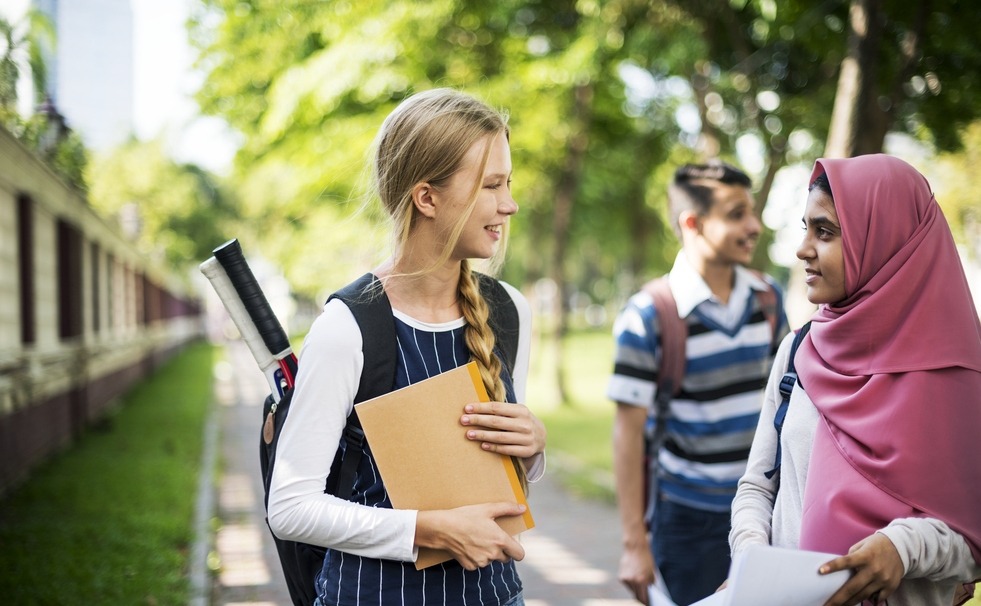 Education options in the UAE

Good news if you are travelling to the UAE with a young family. The UAE government devotes a quarter of its spending to the education system. Its aim is to improve literacy rates, youth education, and ensure women’s access to education.

You have several options for educating your children. State schools follow the Ministry of Education curriculum and are usually gender segregated. Your kids will usually be taught in Arabic, but English is a common second language. If you go down this route it may be a good idea to book your children in for Arabic classes before your arrival.

You also have the option of sending your child to private school. This will normally allow them to attend the same school for primary and secondary education. It should also follow a similar curriculum to those used to in the UK. There are many international schools in the UAE, which usually teach the British or American curriculum or the International Baccalaureate.

While the UAE has a reputation as being a paradise for workers, life here is not hectic. It may well be an economic hub, but those who live and work here always make time for relaxation. Of course this does tend to differ depending on which of the Emirates you are based in. Life in Dubai, for example, tends to be much more fast-paced than in Abu Dhabi.

No matter what your interests are, you will soon find that there is something for you to enjoy in the UAE, and in each individual emirate. Dubai has its renowned Palm Jumeirah, the home of glitzy hotels, apartments and luxurious restaurants. Dubai is also home to the Atlantis Palm Hotel and the Dubai Desert Conservation Reserve. This is the first national park in the country and home to native wildlife.

While the country is known for being a desert land, you may well be forgiven for not realising how much lush green land there is across the country.

Sharjah, one of the lesser known emirates, next to Dubai. It has a wealth of culture and heritage to see and explore with fewer man-made islands and skyscrapers than other Emirates. Here you will find the Sharjah Natural History Museum and Arabia Wildlife Centre, and the Blue Souk – Sharjah’s most photographed building. In Fujairah, similarly, you can visit the Historic Fort – built in 1670 and one of the oldest places in the UAE.

While the country is known for being a desert land, you may well be forgiven for not realising just how much lush green land there is across the country. Green areas include the Capital Garden in Abu Dhabi and Creek Park in Dubai. Even more surprisingly, you will also find that Dubai is home to a ski centre with five slopes of varying difficulty and gradients.

As you would expect, the UAE is stiflingly hot in the summer. The temperature can rise as high as 50°C thanks to the humidity of the Persian gulf. While this may seem intimidating, most expats soon get used to. Or get used to avoiding it! There is air conditioning everywhere – from home to office via air-conditioned bus and bus stops.

Rain is rare across the country, with usually less than 100 millimetres falling per year. That tends to fall the winter, when the weather is mild. Expect highs of around 27°C in December, for example.

The sea in the emirates is warm enough to swim in all year around. It can exceed 30°C during the summer months. In February the sea temperature is still around 22°C, so unlike in the Mediterranean, you won’t be thought odd swimming in winter!

Where to live in the UAE

You have seven Emirates to choose from in the UAE. The most established expat destination and largest city in the country is Dubai. Families, couples and single expats all find something to love about Dubai. Although still heavily based on Islamic lore and customs, which should always be treated with the respect, life in Dubai can be pretty relaxed. This is despite it being the business hub of the of the Middle East, the Emirate with all the skyscrapers. These include the Burj Khalifa, still the tallest building in the world, by a long way, 10 years after it was built. Dubai is also one of the easier places in the country for expats to buy property.

The Burj Khalifa is still the tallest building in the world, by a long way, 10 years after it was built.

Abu Dhabi City is also popular with expats, boasting a high quality of life and strong financial prospects. Nearby Al Ain is great for anyone seeking a slower pace of life. Al Ain is also one of the greenest parts of the country, with more “local” culture and history than other Emirates.  Attractions include the Al Ain Palace Museum.

Sharjah is one of the lesser known Emirates, overlooking the Persian Gulf. It is more conservative than other parts of the country and completely alcohol-free. Families seem to like it though. It has international schools and several family friendly attractions, from large shopping malls to museums and traditional souks.