From the Italian Alps right down to Mount Etna on Sicily you can find homes with views of snow-capped mountains. Most are more affordable than French ski resorts too!

The Italian Alps stretch across the northern regions of Piemonte, Valle D’aosta, Lombardia, Trentino alto Adige, Veneto and Friuli-Venezia Giulia, and border France, Switzerland and Austria. This is where you will find the most famous ski resorts, but there are also mountains across Liguria and heading down central Italy, becoming particularly prominent in Abruzzo, Basilicata, Calabria and even across the island of Sicily. This range of mountains is called the Apennines, or Appennini in Italian, and are around 750 miles in length. The highest slopes get winter snow, even as far south as Calabria and Sicily.

Across Italy there are almost 300 ski resorts with 1,831 ski lifts between them

The best part about having a mountain retreat in Italy is the various cultural and outdoor activities on offer throughout the year. Skiing, snowboarding, trekking, mountain biking, horse riding and ice skating are just a few. Across Italy there are almost 300 ski resorts with 1,831 ski lifts between them. You can find a map and information about all the resorts on the Ski Resort website. The most highly rated resort is Gröden (Val Gardena) in the Dolomite mountains of Trentino Alto Adige (South Tyrol), a region that offers many top ski resorts and pretty villages, with stone and wood chalets. Many world class events are held in Trentino. This month British skier Andrew Musgrave won bronze in the men’s 15km freestyle at the Cross-Country World Cup in Toblach. So, if you buy a place here, maybe you could be the next British medal winner.

Another region popular for skiing is the Valle d’Aosta where you can see the famous Matterhorn, known in Italy as Monte Cervino, as well as the peaks of Mont Blanc, Monte Rosa and Gran Paradiso. Popular ski resorts include Courmayeur and Cervinia, and the countryside is dotted with medieval castles and fortresses to discover in summer. Rightmove has some beautiful luxury chalets and hotels for sale in this region, for those who have a few million to invest. But, if you do some further searching it is possible to find rural properties and apartments for under €200,000. 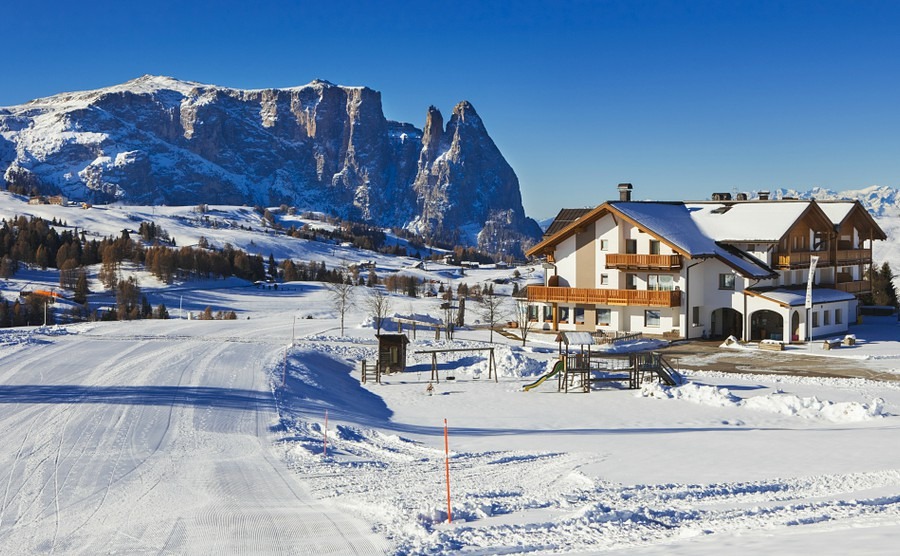 Ski resort in the Dolomites

In neighbouring Piedmont you can find large country houses at very reasonable prices and can visit the ski resort of Via Lattea (Milky Way) which hosted the Olympic Winter Games of Turin in 2006.

The Lombardy region is easy to reach due to numerous flights to Milan. To the north of the city you can find 35 ski resorts, with Livigno being the most highly recommended. The region has a diverse landscape and boasts some beautiful lakes, most famously Lake Como and Lake Garda. 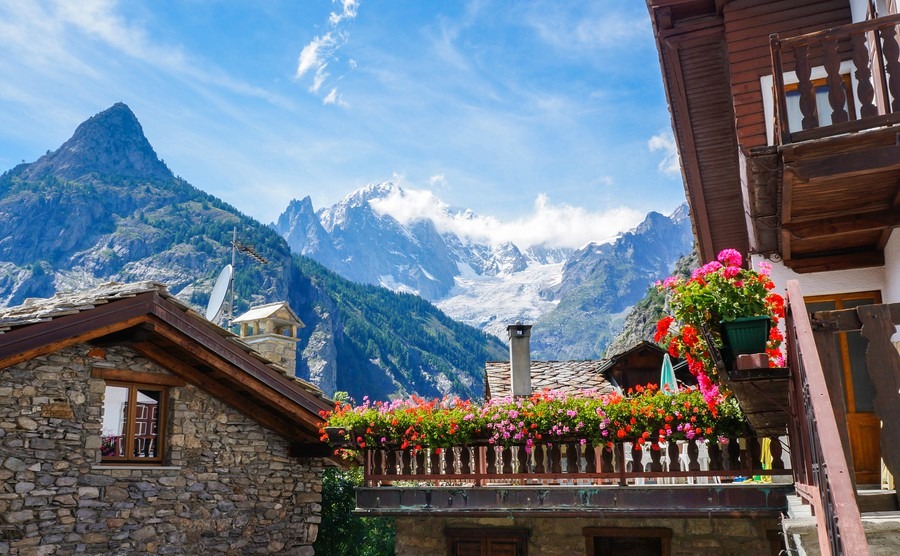 View of Mont Blanc from Courmayeur

The mountains of the Apennines are not as high as the Alps; the highest ski resorts have an altitude of 2,360 metres and the highest peak is Corno Grande (Big Horn) at 2,912 metres above sea level. There are some lovely skiing areas though, such as Roccaraso, Campo Felice, and Rivisondoli. Ski passes tend to be much cheaper than in the alps and property prices considerably cheaper. The popular ski resorts of Alto Sangro (Roccaraso/Rivisondoli) in Abruzzo offer up to 91 kilometres of slopes, but there are also seventeen other ski resorts to enjoy in this region and many can be reached from Rome in less than two hours. Abruzzo’s natural beauty and friendly locals make it a lovely place to be all year round. A two-bedroom chalet in Pescasseroli, Abruzzo can be bought for just €150,000.

Heading further south, you can even find a handful of ski slopes in Calabria, where you could easily spend the morning by the sea and the afternoon on the slopes. The three main resorts are inland of Codenza, and are called Camigliatello Silano, Lorica and Villaggio Palumbo.

Buy soon and you can still catch the end if the ski season. If you’re ready to go, call the Italy Property Guides resource centre on 020 7898 0549 or email Italy@propertyguides.com and we will introduce you to trusted estate agents, lawyers and currency specialists.

What is even more amazing is that not only can you ski in sunny Sicily, but you can ski on the Mount Etna Volcano. Despite being an active volcano more than 25% of Sicily’s population live on Etna’s slopes, and it is the main source of income for the island, both from agriculture (due to its rich volcanic soil) and tourism throughout the year. 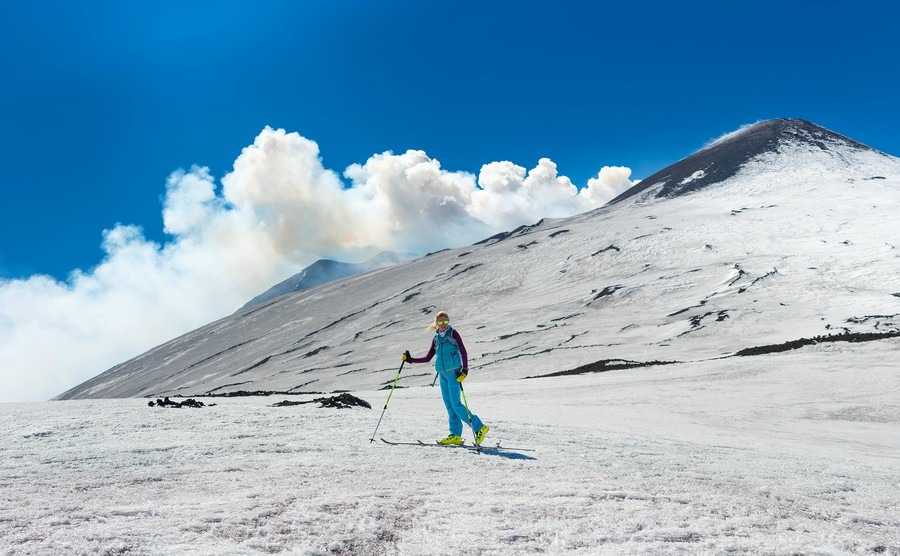