Where should you buy in Greece for the best summer nightlife?

Whether you’ve been inspired by the singing and dancing on Skopelos in Mamma Mia!, are tempted by the hedonism of Mykonos, or want a holiday home that combines affordability with banging nightlife, Greece offers the ultimate summer dance party. The rental returns can be pretty spectacular too. But where should you buy?

When it comes to the summer, Greece is one of the best places in the world to be. It’s not just the beaches, the café culture, the relaxed vibe and the wonderful salads, it’s also the nightlife! With over 200 inhabited islands plus the mainland cities to choose from, each with a lively summer tourist trade, you have a lot of choice.

Fancy trying a nearby island for a change? Santorini, Paros and Ios are fellow islands in the Cyclades group that offer great nightlife. Party all night then get the early morning ferry home!

The original party island has to top any list of summer destinations in Greece. It’s been party central here since the 1950s, but while it may once have enjoyed a bohemian and alternative vibe, Mykonos is all very glitzy these days. That means it offers more for older, wealthier homeowners too. (Some islands, it has to be admitted, tend to have more of an 18 to 30 market). Where there’s money there’s a merchant, so you get excellent shops here too. For the early hours or late afternoon hangover cure, the beaches are, of course, sensational. In addition, you can visit numerous areas of historical importance such as Mykonos Town’s Archaeological Museum. Although the main nightclubs may close at the end of the summer, Mykonos is one of the few Greek islands that offers tourist-type entertainment in the winter too.

When buying in the more expensive islands, effective negotiation could save you thousands. Read our guide: How to Negotiate Abroad.

Fancy trying a nearby island for a change? Santorini, Paros and Ios are fellow islands in the Cyclades group that offer great nightlife. Party all night then get the early morning ferry home! 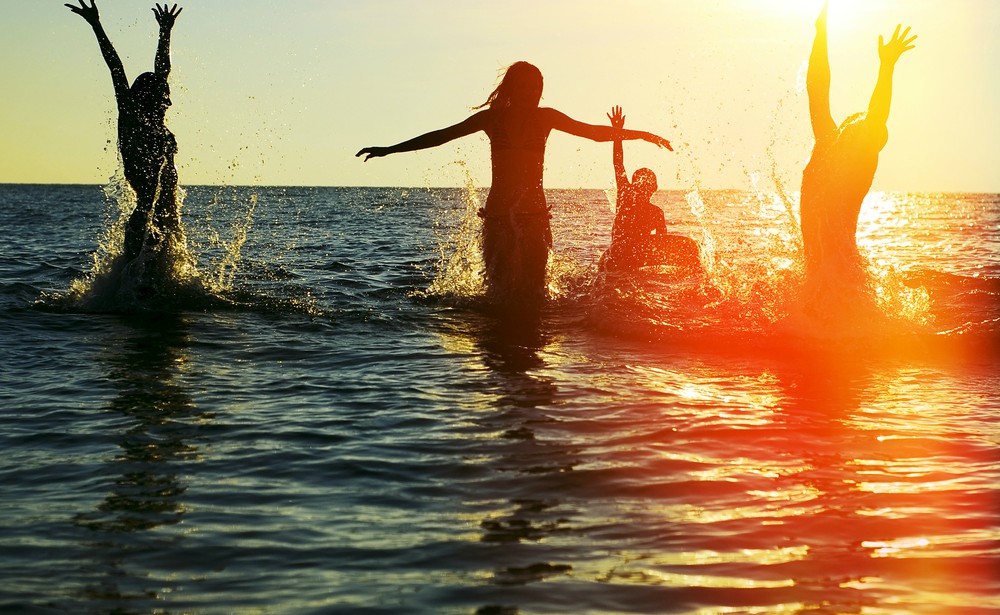 Your perfect hangover cure in the Greek islands

One of the most popular destinations in Greece with other Europeans, Crete is in many ways seen as the most spectacular of the Greek islands. In addition to the natural beauty of the island, those visiting or living here can enjoy the historical ruins of Knossos as well as interesting cities like Heraklion and Chania. Towards the south of the island there is a more authentically Greek feel, meaning you can experience very different outlooks in one small island. Malia is one of the most well-known resorts for its nightlife across Europe if not the world. You can also enjoy yourself long into the evening in Chania Town with its water front bars and clubs. In Rethymno, further along the coast, the bars and taverns are slightly less geared towards the European tourists.

Greece’s second city, Thessaloniki, is also by the sea has a wealth of history running through it. While the nightlife here may not be as well-known as its island counterparts, there are certainly many bars, clubs and much, much more to suit all tastes. Ladadika is particularly popular with those of all ages, local and foreigner alike. Club Vogue is a particularly attractive place to visit thanks to its live music and understated luxury decor. Another benefit of buying in Thessaloniki is the availability of year round flights. It does get cold here in winter, but you’re sure to find a warm and convivial club to dance the night away.

Buy soon and you can be in your Greek home for the summer season! Your first step should be setting your budget, so read the Property Buyer’s Guide to Currency.

Another island in Greece well known for both its popularity with tourists and its rich history and geography. The island is very green, with a picturesque old town that has been very attractive to locals and foreigners alike – and even TV producers in movies such as For Your Eyes Only and TV programme The Durrells.

Another area particularly popular with British tourists, and home to a large student population, Corfu Town – or Kerkyra Town as it is known to the Greeks – is lively all year round. There are both dance clubs and more sedentary bars, with the latter particularly found in the old town. Some of the best places to visit of a summer evening include Lucciola Garden, known for its ‘Med-fusion-cuisine’ restaurant as well as the two-to-three monthly live music sessions in the garden, and Cafe Bristol, home to Art Nouveau tiles, good jazz or funk, and reasonably priced drinks!

Avoiding even the need for a ferry, the “Athens Riviera” starts just a 30 minute drive from the city.

Athens has become one of the most popular destinations for city breaks and has a terrific nightlife all year. Enjoy the historic Brettos, going since 1909 and home to over 30 flavours of its own liqueur, to Galaxy Bar on the top floor of the Hilton Hotel where you can view the Acropolis across the city. Because Athenians like to get out of the city at the weekend if they can, there are some great options for property on nearby islands. Aegina and Agistri are both just a short, one-hour ferry hop from the port of Piraeus. They’re a little more Greek, middle-aged and (dare we say?) classy than the more well-known islands, but you’ll have no trouble finding summer nightlife until the early hours.

Avoiding even the need for a ferry, the “Athens Riviera” starts just a 30 minute drive from the city. As well as marinas, sandy beaches and excellent restaurants, the nightlife is terrific too. Check out Glyfada and Voula.

Think you’re too old to party? Enjoying Greece’s summer nightlife isn’t like going to your local British disco with the 18-year olds. Well okay, it might be in Paros and Ios. in general though, you’ll find clubs that cater for all ages. Moroever, invigorated by the healthy Mediterranean lifestyle you’ll probably want to party all night!