Owning a car in France

A car is normally essential in France, wherever you buy a property. It’s a large and rural country and although the train service is good, there are plenty of areas where you really cannot do without a car. So, what do you need to know if you’ll be owning a car in France? How do you register it? What happens if you buy one in France? Do you have to change your UK licence for a French one and how do you go about it?

Until around 2012 you could keep a British registered car in France and insure it. But if you’re returning and think you still can, sadly not. The rules were changed and now when you bring your car over to France from the UK you can keep your British plates only for the first six months. During that period you are not legally required to register it unless you are becoming a French resident. After six months you do need to re-register your car in France. Not least, because it will be almost impossible to insure your car in France without registering it.

The moment when you attach the new plates and your UK car suddenly becomes French is quite something! 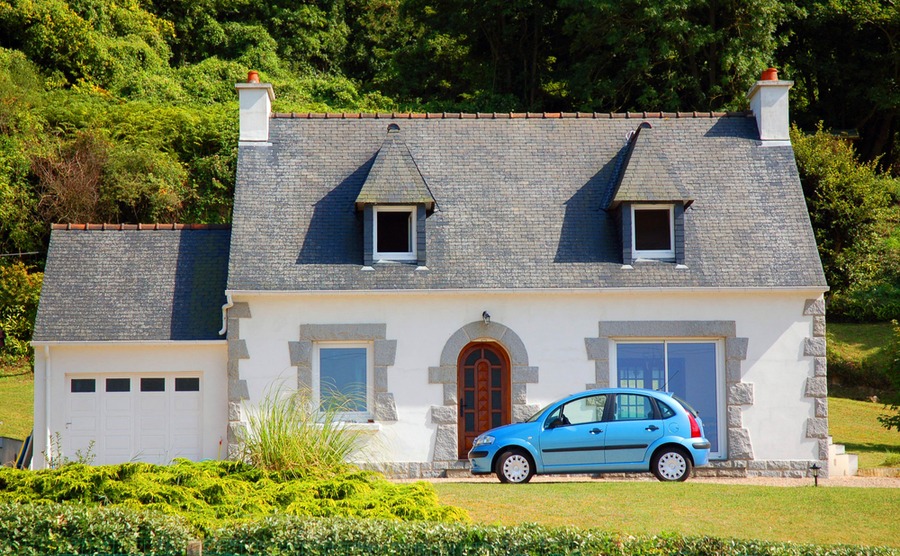 Have car, will travel. Your new life in France?

Registering your UK car in France

Firstly, be prepared for a fair amount of paperwork! You can obtain a list of the documents you will need from DRIRE (Direction Regionale de l’Industrie, de la Recherche et de l’Environnement). Here is the car registry website which, although in French, does have a telephone number with an English service.

You need to notify DVLA that you are exporting your car and get hold of an export certificate V561.

Next, you need a Certificate of Conformity which is the manufacturer’s proof that the car conforms with current legislation. Contact your manufacturer for this whilst still in the UK and bring it with you to France. However, you will also be able to obtain it from any manufacturer of your make of car in France.

If you’re going to buy in France within the next six months, get your tickets to Your Overseas Home. It’s designed specifically for serious buyers, so you can get detailed information from lawyers, agents and currency providers.

Note you will need to change the direction of the headlights to conform to driving on the right. Any mechanic can do this in France.

Until last November, it was necessary to go to your local Prefecture with all these documents in order to register your car. But now it can all be done online, which is quicker and easier. This change is hopefully for the better although it is still possible to do it in person via the Prefecture.

Once registered, you need to change your plates, having obtained your carte grise. Most garages will do this for a small fee of around €25. We have re-registered two cars in France and the moment when you see your UK car suddenly becoming French with new plates is quite something!

Second-hand cars are fairly expensive in France but it does of course work both ways in that you will likely be able to sell your second hand car on for more than you might do in the UK! The process is straightforward and the old owner needs to notify the French authority that you are the new owner, then send off his carte grise which will be sent back to you in due course.

Whether you’re haggling over a car or a property, read our guide, How to Negotiate Abroad, for help and advice.

There are several good websites advertising second hand car, such as Paruvendu, Le Bon Coin, and Autoscout. Whatever car you have, you must keep a copy of your carte grise and driving licence in your car as well as your insurance certificate. It is also wise to keep a red triangle in case of breakdown and a yellow jacket.

To be clear, at the moment there is no requirement to change your UK licence for a French one. However, we live in interesting times.

Exchanging your driving licence for a French one

To be clear, at the moment there is no requirement to change your UK licence for a French one. However, we live in interesting times! With Brexit on the horizon, if there is no deal you would need to obtain an International Driving Permit for driving anywhere in the EU. Indeed, the UK government has already issued a warning to British people in France that a UK licence may no longer be valid in France. So if you are already in France, it would be entirely sensible to change your licence before March 2019. That will guarantee you avoid having to resit the driving test in France and apply from scratch for a French licence.

Make sure you know how your purchase could be impacted by a no-deal Brexit with our guide, How to Live in France After Brexit.

To qualify for a French driving licence you need to be:

Next you need to download some forms and fill them out.

You will also need the following proofs:

Then send all of the above documents by post to the following address:

You will receive an acknowledgement within two working weeks and then will be required to send in your original driving licence but the acknowledgement suffices as proof that you are in the process of exchanging licences and is valid for up to eight months.

In France everyone starts off with 12 points and any infraction such as speeding, talking on a hand-held mobile phone, not wearing a seat belt or being over the drink/drive limit will mean a loss of a certain number of points

Once you receive your new licence it is valid for 15 years. As a side note, remember that in France everyone starts off with 12 points and any infraction such as speeding, talking on a hand held mobile phone, not wearing a seat belt or being over the drink/drive limit will mean a loss of a certain number of points: in other words, the opposite way around from the UK where one accumulates points until when 12 are reached, a driving ban may be enforced.

In summary, driving in France is often a real pleasure and it is worth, from my own personal experience, driving a left-hand drive car whether you buy it in France or in the UK. Not only is it far safer, particularly when it comes to overtaking of course, and more comfortable, it also helps when it comes to going through the motorway toll booths!