Where to buy a holiday home in Cyprus

What Cyprus lacks in size – it’s eight times smaller than Ireland – it makes up for in desirable holiday home destinations. From expat favourite Paphos to the capital Nicosia, this diverse island has somewhere to suit all tastes and budgets. If you’re in search of a home from home environment, luxury living or a more traditional feel, we can help you find it.

A perennial favourite with British buyers, Paphos is home to a well-established expat community, who have a wonderful lifestyle on their doorstep. When they’re not enjoying one of the most spectacular harbours in the Mediterranean, this happy bunch get stuck into a range of year-round social activities. From am-dram to the local Paphos Tigers rugby club, you’ll find plenty of opportunities to meet like minded people.

A perennial favourite with British buyers, Paphos is home to a well-established expat community

Recent high-level investment in local infrastructure has made Cyprus’s fifth largest city even more desirable. This injection of cash came after Paphos was named joint European Capital of Culture for 2017. Everything from archaeological sites to roads have benefited from this prestigious tag. Not to mention the €25 million that came with it, pushing up property prices and rental appeal.

British buyer’s love affair with Paphos extends beyond it boundaries. If you want to escape the hustle and bustle of city life, venture a short distance along the coast to towns like Peyia. You’ll be able to enjoy a slower pace of life, while still having the conveniences of Paphos within easy reach. When you’re not lazing on the town’s Blue Flag beach or sipping a coffee in its cobbled square, you can hit the fairways on the championship golf course.

You won’t have any problem getting to you pad in or around Paphos, with year-round budget flights to and from the UK via its very own international airport. 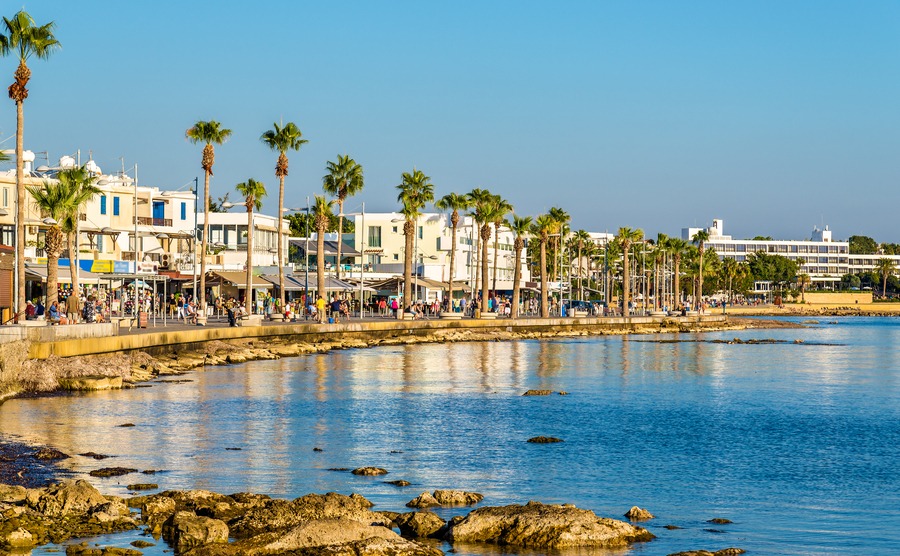 If affordable property in traditional surroundings tops your property wish list, look no further than Larnaca. This port town has a more Cypriot feel than some of its contemporaries along the south coast, which helps to keep property prices a little lower than places like Paphos, Nicosia and Limassol. There’s not a British themed bar or restaurant in sight as you stroll along the palm-line promenade of its city centre beach.

You will still benefit from an international airport. As the majority of tourists are whisked off to nearby resorts like Ayia Napa, you will be one of the savvy few who remain to enjoy this charming city. 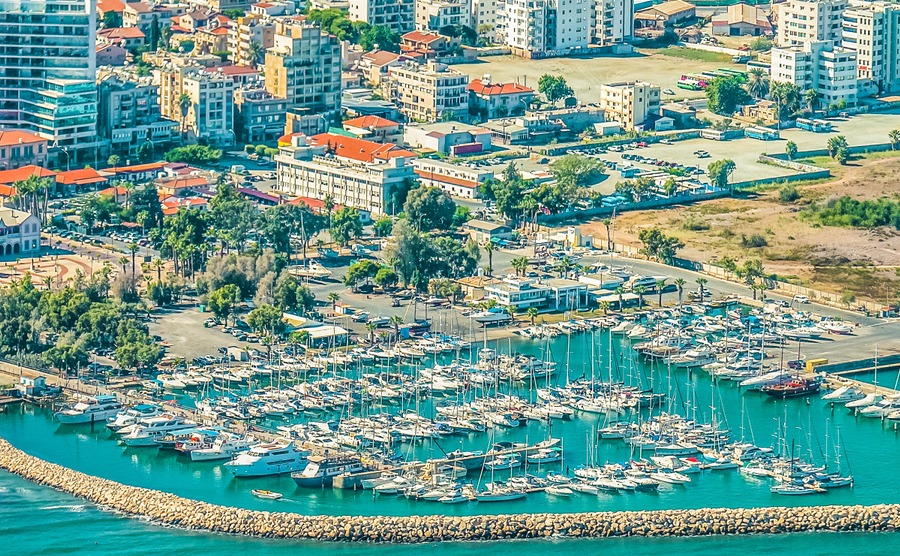 Located between Larnaca and Paphos, Limassol has been grabbing the headlines. Away from its traditional historic core, made up of the winding streets of the old town and the Old Fisherman’s Harbour, its skyline has been going through a transformation. As tourism, golden visas and the city’s status as the island’s business centre continue to swell its coffers; residential developments have been reaching for the sky. You’d be forgiven for thinking you’re in Manhattan.

Currency is an area where you will need to get a grip very quickly. Read the Property Buyer’s Guide to Currency. It is written by our partner Smart Currency Exchange, rated “Excellent” on Trustpilot.

Limassol’s the bigger the better approach is demonstrated by Limassol One. At 170 metres it will become the tallest seafront tower in Europe once completed. Not for long though, after The Shacolas group announced plans to construct a 197-metre-high tower made up of 138 luxury apartments, including a five-bedroom penthouse with panoramic views of the Med. 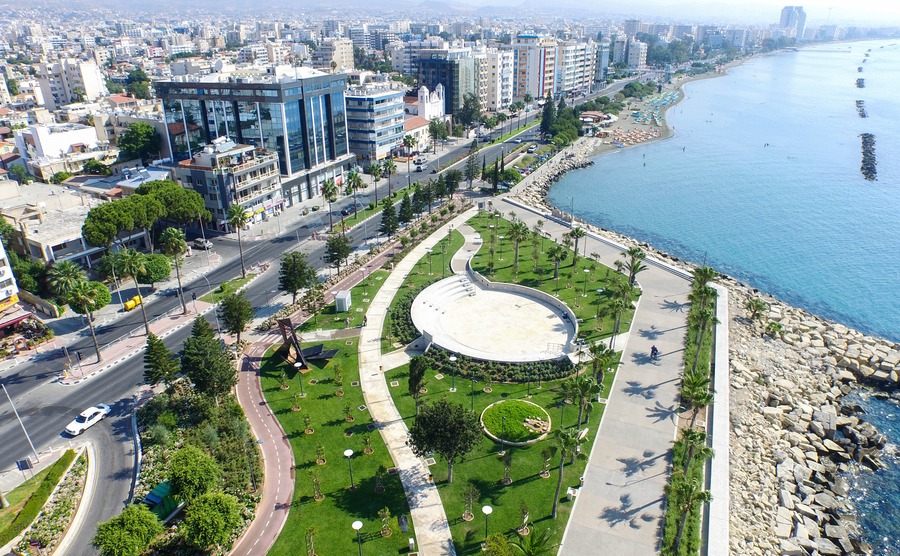 This once quaint fishing village transformed into the island’s party capital and largest tourist resort. While its hedonistic roots remain, Ayia Napa is attempting to appeal to a more upmarket clientele. Using the Costa Brava and Mallorca as a template, it has invested in its Blue Flag beach and a new multi-million euro marina development. Once completed it will contain 600 berths, retail outlets, private beach club and a range of luxury properties. 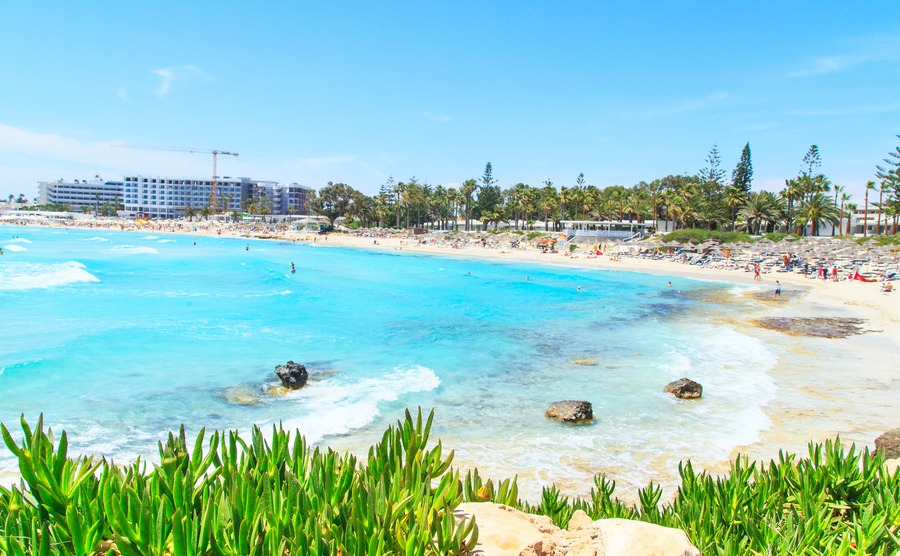 Located in the island’s heart, the capital Nicosia proves there’s more to life in Cyprus than sun, sea and sand. Rather than worshipping the sun, you’ll be dining out in traditional restaurants, sipping coffee in trendy cafes and marvelling at the city’s history. If you get homesick, the local Debenhams might provide some relief. After a spot of retail therapy, head to the top floor to take in panoramic views of the city.

Wherever you choose to buy in Cyprus, knowing how to negotiate for your property should get you a little more house for your money! Download our guide: How to Negotiate Abroad.

Stroll within the 16th-century Venetian walls of the old town to browse the museums and art galleries. While the atmospheric Laiki Geitonia neighbourhood will unearth narrow streets lined with cafés and artist’s studios. Unlike London, property prices aren’t sky-high in this capital city. You can still pick up a two-bedroom, city centre apartment for around £85,000. 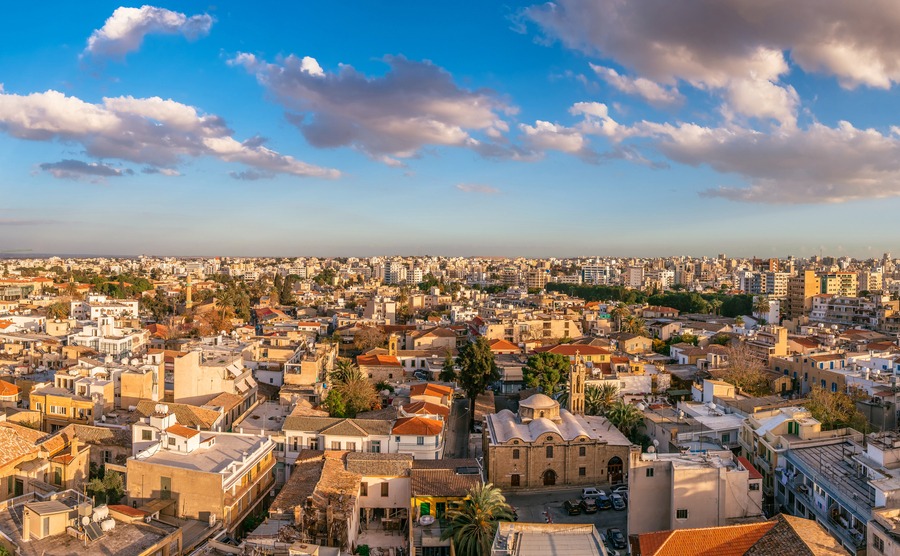