Homes in the villages around Paphos

Sandy beaches, a lively seafront, ancient harbour, castle and old town… no wonder Paphos is a favourite with British holidaymakers and homeowners. But the area’s magic extends beyond just the resort, with the villages around Paphos offering their own spin on the idyllic Cypriot lifestyle. We look at the options…

Still today, it’s Paphos that attracts the highest number of Brits compared to other districts in Cyprus, with most heading to its beating heart, the town Paphos. More often described as a resort, Paphos has developed into two distinct halves. Firstly there is the old town, known as Old Paphos or Paleo Paphos, which occupies the hill at the back of the town, and then there is Kato Paphos, which is the livelier, more touristy section focused around the harbour and beachfront. 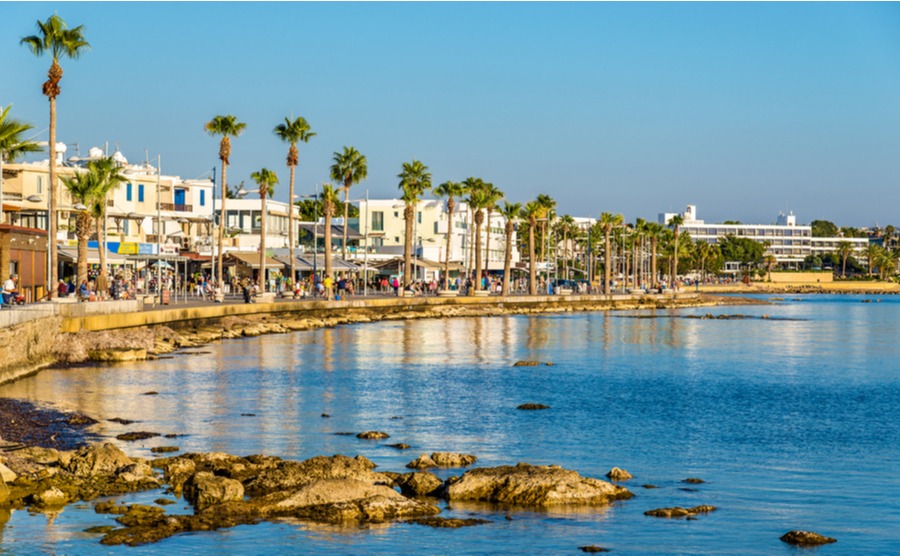 The seafront at Paphos

Kato Paphos is the resort’s main area for property-owners who want a convenient, lock-up-and-leave holiday home in Cyprus close to all the tourist action and easy to rent out to other holidaymakers. It’s popular for being within walking distance of everything you could need for a fun-packed holiday, including supermarkets, restaurants, the beach and harbour, entertainment spots and nightlife. A key residential area within Kato Paphos is called Universal, where you have a choice of residential tourist complexes.

Old Paphos is more suited to those who prefer a more traditional environment, but still close to amenities and tourist attractions.

With prices relatively high in Paphos, to get a good deal you need to brush up on your haggling skills. Read your free guide, How to Negotiate Abroad.

Many buyers, particularly people relocating to Cyprus, prefer to head to one of the old villages nestled in the hills behind Paphos town. In fact, when many homeowners say they have a house in Paphos, there is a good chance it is not in the resort itself.

For these buyers, the seductive combination of location, climate and more traditional way of life create the idyllic Mediterranean lifestyle. Over the years, small communities of expats have grown up in many of these villages, along with enough amenities for to provide the essentials, including traditional tavernas and coffee shops, without spoiling the authenticity of their village.

Being above sea level means a breeze keeps summer temperatures more bearable and a few degrees lower than on the coast. Many villages enjoy micro-climates with enough rain and access to underground water to enable all types of fruit trees to thrive, especially citrus, giving the landscape an exotic feel. Winters though can be chilly, dependent on how far inland you are. 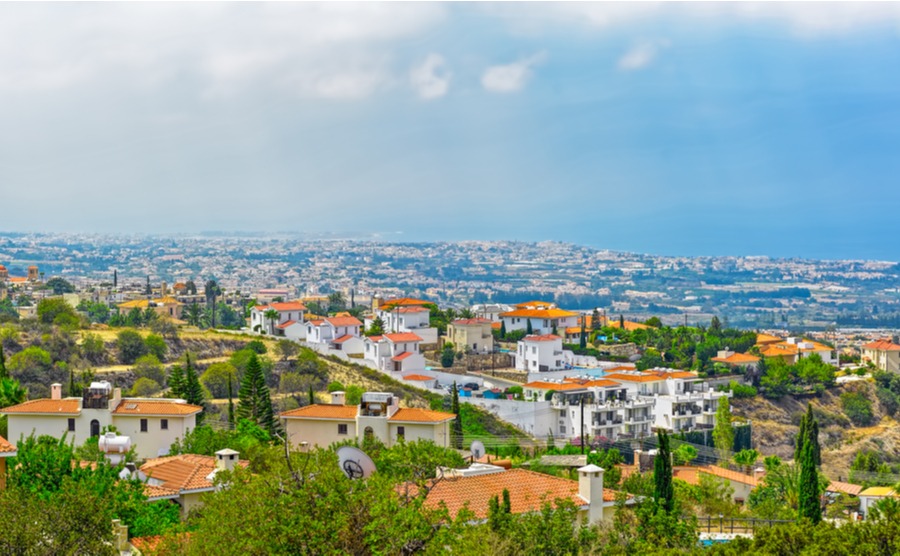 Homes with a view

Another advantage of being elevated means that if you pick your home carefully you should have glorious views over the hills and groves to the sparkling Med. Not forgetting that whichever village you pick – with some being larger than others, the bright lights and fun of Paphos town – and the airport – are usually just a few minutes’ drive away – close enough to go shopping and enjoy a night out yet enough distance away not to infringe on your tranquil inland existence!

Another advantage of being elevated means that if you pick your home carefully you should have glorious views over the hills and groves to the sparkling Med.

So how to pick a Paphos village? The best way is to get out there and do a mini tour of them all. As a brief guide though, popular ones closer to Paphos, which over the years have almost become suburbs, tend to be busier and prone to more development. These include Emba and Chloraka to the north, both reached along the Tomb of the Kings road, and Konia to the east. Further north takes you to small sought-after resort of Coral Bay, with its famous beach, which is overlooked by the popular village of Peyia.

If you’re buying a holiday home in Cyprus but keeping your UK home and are aged 55 and over, you could be able to raise money by using equity release. Find out more here.

Five or six kilometres inland from the edge of Paphos town things start to feel rural, a good examples being Armou village, which is still just 15 minutes from the beach, and a couple of kilometres further Tala, a particular favourite with expats and blessed with a lovely village square. A quieter, especially traditional option a similar distance inland is Marathounda.
The coastline that runs south of Paphos town, where the airport is located and home to a number of new developments, includes a handful of villages overlooking the sea, including Timi and Mandria. These are five minutes from the airport, ten minutes from the town and are also close to the golf resorts of Aphrodite Hills and Secret Valley.

Prices in Paphos’s traditional villages vary depending on the type of property. Traditional stone houses could be yours for €100,000-€200,000 depending on condition and size, while more modern bungalows or small villas should be achievable for less than €200,000. For a large detached villa with pool and views, prices start from around €250,000, with plenty of choice over €300,000. In the larger villages, expect to find a small apartment complexes with properties for under €100,000.