Five places in Cyprus where the British love to live

The easy part is deciding to move to Cyprus. Figuring where on this fabulous island you are going to buy your dream home can be harder, but there’s nothing wrong with following the example of others, so here are five popular places with British property buyers in Cyprus.

The sunny shores of Cyprus are an attractive draw for budding expats looking to make the move permanent, or indeed holiday homebuyers looking for a Mediterranean bolthole. But with such a diverse landscape, ranging from snow-capped mountains and cool forests, to sun-drenched sandy beaches and cosmopolitan cities, deciding where to put down roots can leave you scratching your head.
So let the Cyprus Property Guide take you on a quick trip around the island to look at locations favoured by British property buyers, and help you focus your search.

More than €25 million has been spent on improving public squares, archaeological sites, the old commercial centre and roads in Paphos.

We had to start with the perennial favourite for British buyers. We continue to flock to Paphos, where we can immerse ourselves in a well-established expat community, enjoy one of the most spectacular harbours in the Mediterranean and conveniently jet in and out of the area on year-round budget flights from the international airport. And the future is looking bright thanks to largescale investment in the town’s infrastructure, after it was named a 2017 European City of Culture. More than €25 million has been spent on improving public squares, archaeological sites, the old commercial centre and roads. Great news for property prices and rental appeal. 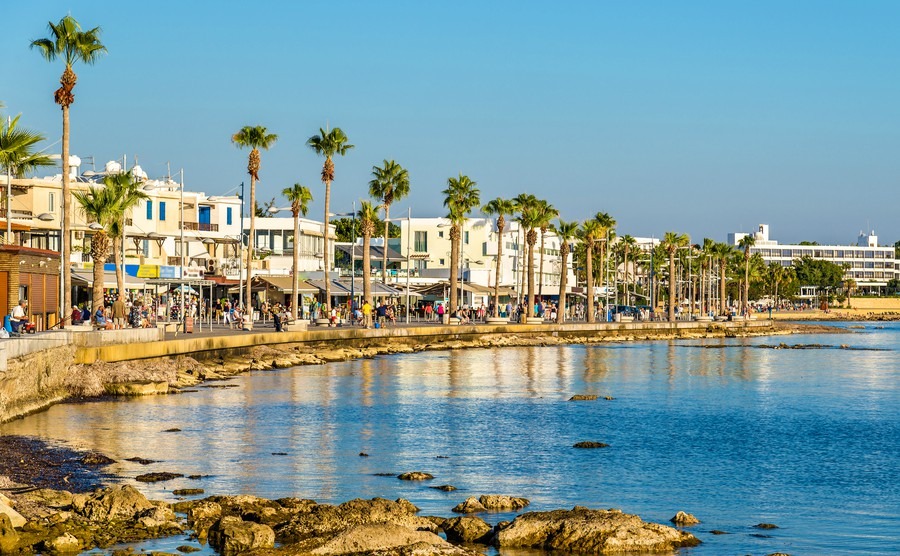 On the prom at Paphos. Could you see yourself here?

Located in the Paphos district, about 30 minutes’ drive north along the coast is Peyia. Property owners here can bask in the sunshine on Coral Bay – a Blue Flag sandy beach – tee off on one of the four championship golf courses, or simply enjoy a coffee in the town’s cobbled square with its pretty fountains. Its traditional whitewashed houses are spread across the hillside, affording spectacular views of the sparkling waters below. Being less than a 40 minute drive from Paphos airport means you can really make the most of a long weekend away to your holiday home here.

Limassol offers residents the best of both worlds: a historic core and contemporary buzz. The winding cobbled streets of the central old town ooze charm and character, while the Old Fisherman’s Harbour serves as a reminder of what the city once looked like. The tourism boom and Limassol’s status as the island’s international business centre have combined to ensure the city is moving with the times. From the state-of-the-art marina development completed in 2014, to Limassol Del Mar, a €350 million landmark development consisting of luxury residences due for completion in 2019, this is a city that is looking to the future without forgetting its past.

Feeling charitable? How would you like to pay £10,000 more than necessary for your dazzling new des res in Cyprus? You needn’t answer that! More importantly, whether buying or renting, speak to a currency specialist at Smart Currency Exchange to discover how to get exchange rates that beat your own bank.

If you’ve always dreamed of living in a Mediterranean port town, you’re spoilt for choice in Cyprus. We’ve already told you how wonderful and popular Paphos and Limassol are in this respect, but if you’d prefer to enjoy a slightly more traditional slice of island life, Larnaca could be the location for you. You’ll be left asking yourself why it’s not teeming with tourists as you stroll along the palm-line promenade of its city centre beach, or visit the ancient monuments – but you won’t be complaining. You can even fly to the city’s international airport from Manchester. 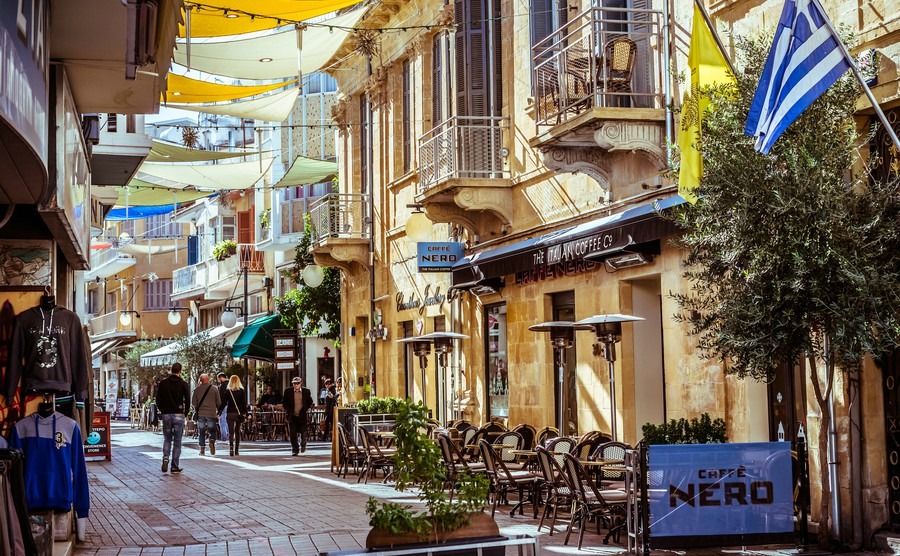 We couldn’t leave the island’s capital city out of a list like this. As long as you’re happy living 50 kilometres from the coast – in the south part of the island that is – and you thrive in the hustle and bustle of city life, then take a viewing trip to Nicosia. Not wanting to be away from their beloved sun loungers for too long, most visitors to Cyprus just take a daytrip here. But why not have the Venetian walls of the fascinating old town, a contemporary cafe and bar scene, a Debenhams and Mark and Spencer on your doorstep? Apartment living dominates the property scene here, so anyone finding one to their liking in Nicosia will be pleased to hear apartment prices have risen 2.8% annually in the capital.