Why you will love living in Canada

I’m going to start off by making a bold statement: Canada is one of the best countries in the world to live. It isn’t only me saying this. Canada is consistently rated as having one of the highest standards of living in the world by numerous organisations such as the United Nations.

I have travelled and lived in many different parts of the world and have been living in Canada for the past three years. I can’t think of a better place to raise young children (I have two boys aged five and five months). The country is geared towards families with so much outdoor recreation, an excellent school system and top-notch healthcare.

Being self-employed I also love the business climate here in Canada. With a thriving economy and a system set up to support entrepreneurs, it’s a great country to create a business that’s aligned with lifestyle and career goals. Having the freedom to customise my work schedule allows so much time to fit in leisure and family pursuits.

If I had to pin-point what I love about Canada the most, it would have to be the following.

Canada is the freest nation in the world

Canada is ranked the freest country in the world according to a London-based think-tank, Legatum Institute . What does this mean? The study states that Canadians have the best personal freedoms of any country in the world. It is the most tolerant country for immigrants, and 94% of Canadians believe they had the freedom to choose the course of their own lives. As a freedom seeking individual, this is one of my favourite things about living in Canada.

There is no where else in the world where an individual can experience so much freedom in opportunity, speech, thought and action. Canada is also one of the freest countries to start a business, with little red tape to start a new venture. It was rated by the The World Bank as the second easiest country in the world to start a business. This is obviously very appealing to entrepreneurs and small business owners, as the barriers to entry are low and opportunities lucrative.

Knowing how to negotiate effectively for your property in Canada could bag you a much better home for your money. Read our free guide: How to Negotiate Abroad.

On the topic of freedom, I also believe gender equality is inherent in the Canadian culture, especially in the last few decades. Canadian women are more educated then Canadian men with women making up 60 percent of University graduates a recent study revealed. As a woman living in Canada I feel my opportunities and opinions are equal to that of men. When Canadian Prime Minister, Justin Trudeau, was asked about his motives for electing Canada’s first ever gender balanced parliament he exclaimed, “because it’s 2015.”

I love spending time outdoors with my family and that is another reason why Canada is such a great place to live. Canada has some of the most diverse and pristine environments in the world, and the culture tends to be very environmentally conscious. From the Arctic tundra of Northern Canada to the abundant coastlines, fertile prairies and old growth rain forests, nature in Canada abounds and lifestyles reflect a connection to the great outdoors. 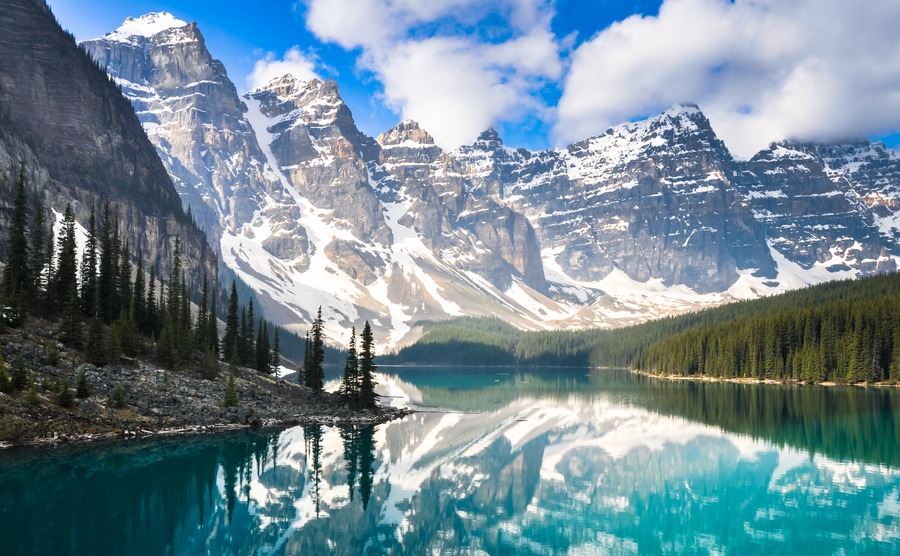 Moraine Lake in the Rocky Mountains.

Historically speaking, life in Canada is very tied to the natural environment. The First Nations people throughout Canada are known to have a connection with the land that is respectful, relying on it spiritually and physically for centuries. This connection to the land is an integral part of the Canadian culture, both indigenous and non-indigenous, fostering a deep respect for the natural world.

Whether it’s hiking, biking, water sports, camping or ice hockey, Canadians are keen outdoor enthusiasts. I like nothing better than hiking up a mountain amongst old growth trees, through crystal-clear streams. My two sons have the opportunity to roam around outside and form their own appreciation for nature. The fact that most people in Canada are very environmentally conscious is also a great way to raise my kids who have known sustainable practices from an early age.

Canada is a peaceful nation

Canada was ranked as the eighth most peaceful country in the world on the Global Peace Index (GPI) in 2017 with the status of very high peace – there were only ten countries in the world that received this very high ranking. In a global context crime rates, terrorism and violence are extremely low in Canada. Considering the state of the United States (which rated 114th most peaceful) and their lax gun laws, it is extremely refreshing that north of the border Canada enjoys some of the safest and peaceful standards of living on the planet.

Knowing that my children are safe when they go to school is imperative.

Raising two children, living in a peaceful nation is certainly a priority. Knowing that my children are safe when they go to school is imperative. Living in a country with extremely low levels of crime and violence is so important to me.

Canadians are a friendly bunch

According to Forbes, Canada is one of the friendliest nations on the planet. Canadians ranked high for friendliness towards expats and ease of making friends. My experience in Canada is of friendly and welcoming people, whether walking down the isles of a supermarket, wandering down the street, or playing in the park. Approaching a person for directions will always be met with politeness and eagerness to assist, and customer service is always pleasant and helpful.

Learn more about the process of buying in Canada in our Emigration Guide.

Friendliness in Canada breeds a real community feel. In the places I’ve lived in Canada, one of the most apparent things is how helpful and social everyone is within communities and neighbourhoods. It feels like people genuinely care about each other and want to make connections. Even if you don’t personally know a single soul, once you join a community or neighbourhood you will automatically feel like you fit in. 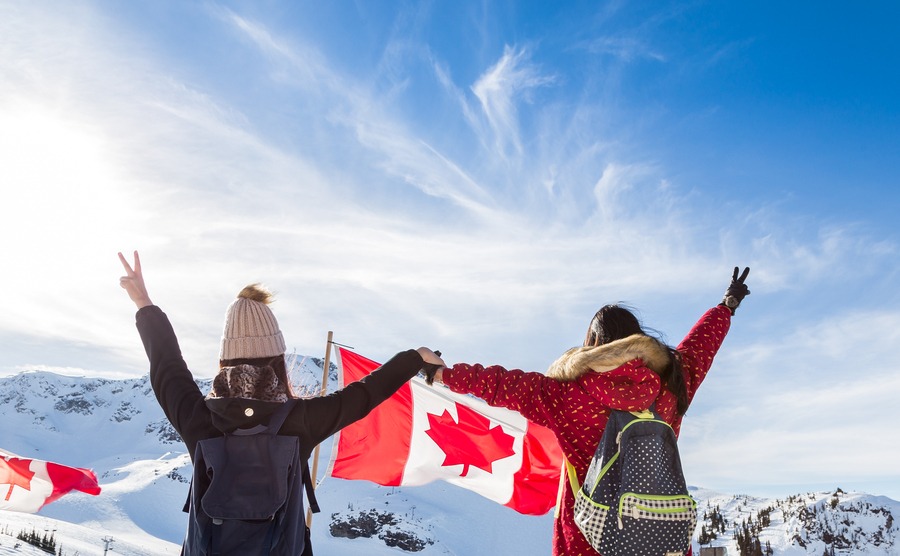 You won’t have any trouble settling in over here.

Politeness is of course a virtue that Canadians are famous for. With a reputation for unfailing politeness, nowhere is this better reflected then in traffic where apologies are more common than curse words. Politeness is ingrained in Canadians from an early age with ‘pleases’ and ‘thank-yous’ programmed into children from when they are young. In a country where it’s cool to be nice, the norm of friendly, polite and helpful people makes life very pleasant.

Canada is a diverse and inclusive country

Diversity is one of Canada’s strongest defining factors. The tolerance towards different ethnic groups, sexual orientations and religions makes it one of the most inclusive nations in the world. People living in Canada are free to be, associate with and worship whomever they want, and diversity is something that is celebrated not frowned upon. From school classrooms to political cabinets, Canada is a melting pot of people successfully living in one of the most peaceful countries on the planet.

These are the reasons why I love Canada and am proud to call it home. At this point in my life I can’t see my family living anywhere else. Although the beaches of Australia sometimes call me (I am also an Australian citizen), I feel strongly that I am in the best place to raise my family at the moment.

There is never a day that goes by that I don’t feel so appreciative of the free and peaceful country that I live in. I am constantly amazed at the overwhelming natural beauty that surrounds me, and my ability to play outside and breathe in clean crisp Canadian air on a daily basis.

I know the opportunities for my sons are plentiful, with one of the best education systems in the world and a robust economy. Though winters can be long (I am not the biggest fan of the snow), the summers make up for it tenfold. A large contingent of my friends are expats from the UK, Australia, New Zealand and other parts of Europe. I haven’t met a single person yet that regrets their decision to move here, and you won’t either.