Nova Scotia – the small province with a lot of character

Halifax, Nova Scotia, is about five hours by plane from London – about the same as Halifax, Yorkshire, by car! This small province is slowly becoming more and more popular among British property buyers, and it’s easy to see why: pretty, historic towns, a clean and unspoilt environment, welcoming locals, a wealth of activities and all just a medium-haul flight back to the UK! So, if you’re thinking of buying a house in Nova Scotia, find out what’s life like here and where the best places to live are in this week’s column.

Life on the Atlantic coast

One of three Maritime provinces, Nova Scotia is found in an area known as “Atlantic Canada”. Unlike almost any other province Nova Scotia is completely surrounded by this majestic ocean, with more than 7,400km of coastline. Nova Scotia is also historically significant as it is home to the first permanent European settlement, when French colonists first arrived on Canadian shores in the early 1600s. 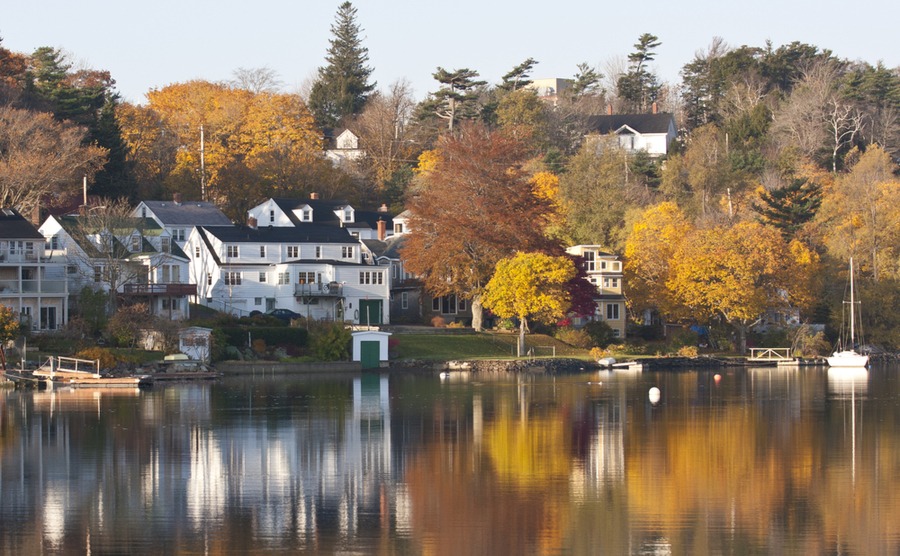 Nova Scotia is one of the best places for overseas buyers to move to Canada.

For a long time, Nova Scotia was limited to being a tourist destination for those eager to explore the Canadian outdoors. Now, however, it is becoming a realistic option for British arrivals to make a permanent home, particularly in the provincial capital. In many ways, it feels like stepping a little back in time, with a slower, family-oriented way of life that has been lost in many busier parts of North America.

And, if you still need persuading, think about how affordable your dream home could be! The average property here is $100,000 cheaper than the rest of Canada, at $201,991.

Nova Scotia’s relatively small size – with fewer long driving distances than many Canadian provinces – means it’s easy to get out and explore the beautiful nature surrounding you, including the Cape Breton Highlands and Kejimkujik National Park. You might find yourself picking up a new hobby – canoeing, sailing or even Alpine skiing are all popular. Interestingly, with a high majority of Nova Scotians having Irish or Scottish ascendance (to the extent that Scottish Gaelic was once the majority language), you’ll also find Gaelic sports like curling are popular here, too.

And for the foodies among you, there’s nowhere better for fresh, healthy produce. The province has the highest number of famers’ markets per capita in Canada, and it’s one of the best places to enjoy fresh seafood and shellfish.

A welcoming attitude to newcomers

Nova Scotia’s economy is growing steadily, a around 1.2% a year, and the provincial government is actively seeking skilled workers from overseas to help make this continue.

If you’ve got questions about buying in Canada, don’t hesitate to call the Resource Centre on 020 7898 0549 or email canada@propertyguides.com.

As well as your usual Canadian visa routes, you can also apply through the Atlantic Immigration Pilot, whereby an employer can sponsor you with a job offer if you have experience in a high- or medium-skilled job and a high-school-level education. A big plus is that, as of June 2019, your spouse can also apply for an open work permit if you have one through this programme.

The perfect place for families

Nova Scotia’s warm welcome and low crime rate, as well as its clean air and environment, make it the perfect place to bring up children. Schools are of a high standard, and the public system is free. Attendance is decided on school boundaries by the local school boards (a bit like a catchment area in the UK). Children can attend school in English or French, although all English schools have a French class every day, as both are official languages. Your children will get three report cards evaluating their progress a year. Eventual graduation from high school is based on passing a set number of credits.

Where are the best places to live?

Whether you’re looking for the excitement of city life, or the laidback rural lifestyle, or perhaps a seaside holiday home, you’ll find the right place in Nova Scotia. Here are our top areas to buy a property.

Nova Scotia’s capital is fast outpacing all of Canada’s major cities in terms of growth. The traditional benefits of Halifax – including its close-by beaches and clean air – are still present, but now there are also thriving construction and manufacturing industries, low unemployment and short commutes for workers. 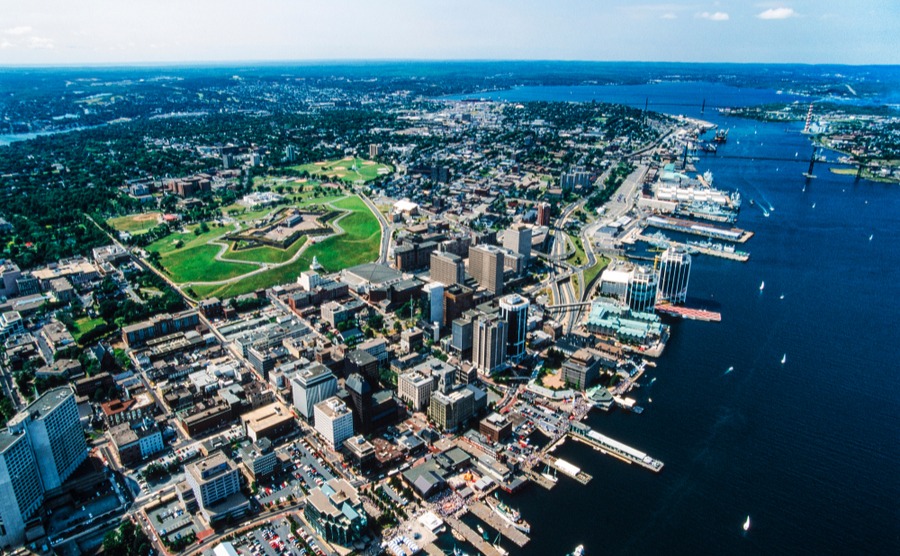 Halifax is the centre of Nova Scotia’s growing economy.

Halifax is also one of Canada’s most scenic cities, with is a busy waterfront promenade and year-round cultural events and festivals. Within a short drive, or even cycle, you can experience breath-taking beaches and a variety of outdoor activities including kayaking, hiking or golfing.

Picturesque Lunenburg is one of only two North American towns designated as UNESCO World Heritage sites, with a fantastic colonial old town full of colourfully painted eighteenth- and nineteenth-century buildings. Many have now been turned into cafés, ice cream parlours, art galleries and boutiques, making it a great place to spend a few hours browsing. 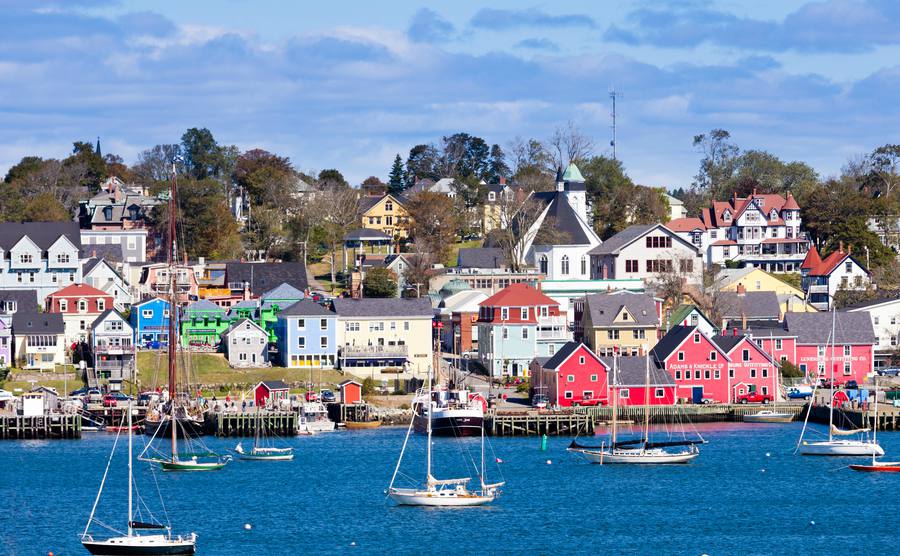 The town has long been celebrated for its shipbuilding, and the Bluenose, a schooner built here in 1921 at the Smith & Rhuland Yard is featured on Canadian banknotes.

Mahone Bay is probably one of Nova Scotia’s most popular tourist destinations, and it’s a great place to base yourself if you’re moving to Nova Scotia. 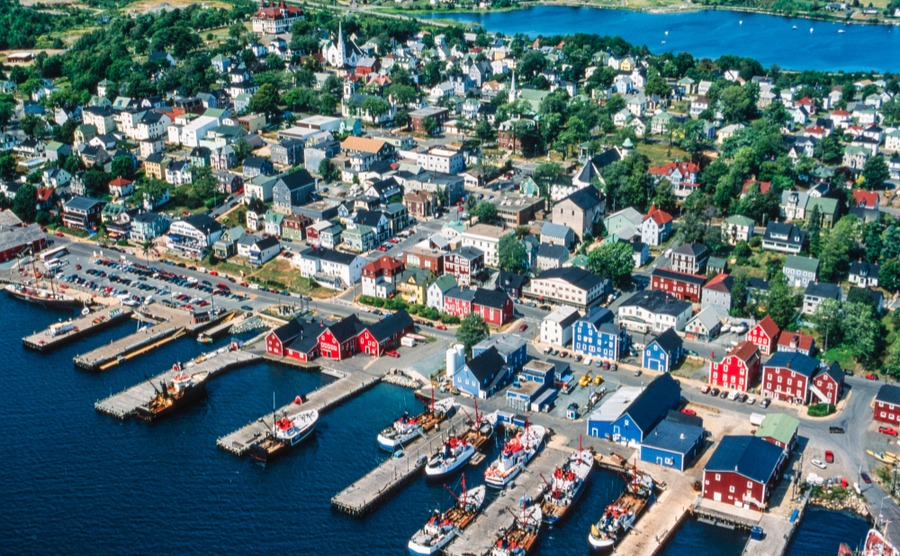 Mahone Bay is one of the most popular areas for newcomers to Nova Scotia.

For a small town, there’s a lot to do, from the weekly markets to the new microbreweries, the artisan workshops and independent cafés. The calendar is packed year-round with festivals, and, speaking of year-round, you mustn’t miss the changing of the seasons. The autumn foliage is spectacular, while winter transforms it into a snow-blanketed wonderland.

The agricultural heartland of Nova Scotia, Annapolis Valley is an area of lush, green plains with far-reaching views across to the sea. It’s also wine country, with famous local vineyards including Gaspereau, whose wines have won international awards. The farmers markets in Annapolis Royal, Middleton, Bridgetown and more are great places to stock up on local produce. 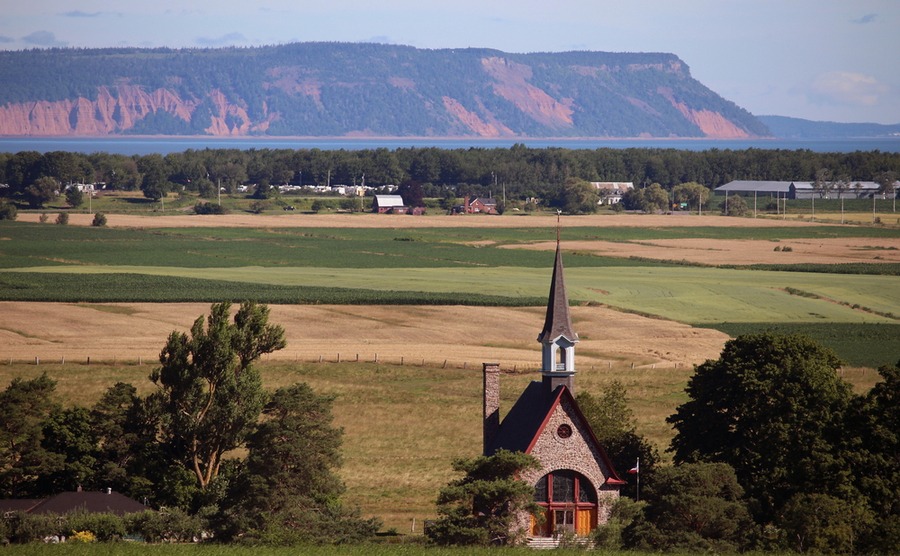 The Annapolis Valley is the perfect place for a rural, laid-back lifestyle.