Alberta’s high standard of living, dramatic landscapes and diverse communities are tempting more and more new arrivals. For anyone wanting an exciting new life, with more space and more money (and better weather!), a move to Alberta a lot of sense.

Each year thousands of people of all ages and from all corners of the globe move to Alberta to start a new life. This result is a diverse and growing population of families, young professionals and retirees. Although the state has profited from oil, this is an optimistic and forward thinking state.

There are great services and facilities wherever you land, and a huge variety of job opportunities.

From small rural towns to large cities, Alberta has something for everyone. There are great services and facilities wherever you land, and a huge variety of job opportunities. And for fun, stunning scenery to experience, including the vast prairies and the unforgettable Rocky mountains. One interesting fact, the movie Brokeback Mountain was filmed in Alberta, standing in for Wyoming. Look out for the wild roses, from which came the state’s nickname, the wild rose country. 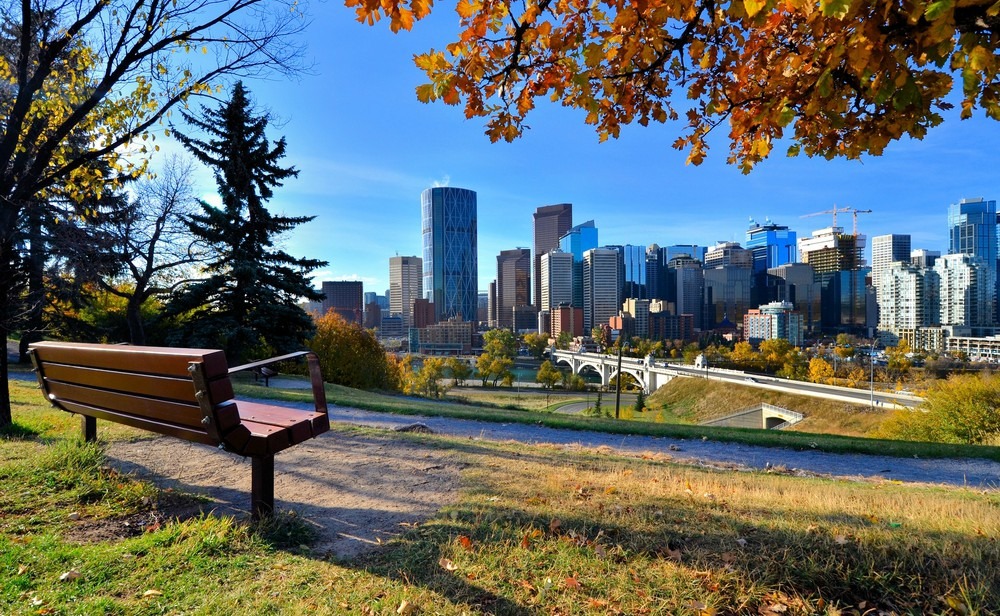 Another sunny day in Calgary

Why move to Alberta?

Economic factors are one of the main reasons so many international arrivals flock to Alberta. Jobs pay a very competitive wage. In 2017 the average weekly earnings for Albertans was $1,130 CAD (£630), compared to a national average of $976 CAD (£544). Also, your money goes a lot further in Alberta compared to other provinces. For a start there is no provincial sales tax, which automatically adds 7-8% to purchases in other provinces.

The Albertan health care system is well run, without the premiums that residents of neighbouring British Columbia have to pay. The province takes great pride in its leading education system, whether it is the school system or post-secondary education. In fact Alberta has 26 post-secondary colleges and universities, and the provincial government subsidises tuition fees.

Calgary is one of Alberta’s largest cities and arguably it’s most diverse and cosmopolitan. This includes a well-established British expat community. The city’s fortunes are inextricably tied to the oil industry, which can be good or bad. The good news is that it has recovered from a slump a few years back and is now well on the rise. This means many more lucrative employment opportunities.

Knowing how to negotiate effectively for your property in Alberta could bag you a much better home for your money. Read our free guide: How to Negotiate Abroad.

Also, statistically speaking, Calgary is Canada’s sunniest city. Move to Alberta and you’ll enjoy 2,400 hours of sunshine each year, nearly double the hours we get in the UK. So you can plan for summer weekends exploring the nearby provincial parks and Rocky mountains.

So why not move to Alberta?