Could you find your perfect home in rural Canada? With immigration programmes targeting rural areas, the time is ripe, whether you’re looking to make a new start in a quaint fishing village on the Atlantic coast, a farming community set amid the sweeping scenery of the prairies, or a quiet town on the lakes of Alberta.

What are the schemes for immigrating to rural Canada?

We’ve already covered the main ‘Express Entry’ systems for Canada (excluding Quebec) and Quebec. However, they’re not the only ways to make the move. The federal government is running a scheme called the Rural and Northern Immigration Pilot, to encourage skilled people from abroad to move to less populated areas of Canada. Many of these communities are crying out for workers, so you could find yourself doing very well indeed. It provides extra assistance for people applying to communities with fewer than 50,000 people and more than 75km from a core urban area.

The Atlantic Immigration Pilot focuses specifically on those beautiful provinces along the eastern seaboard: New Brunswick, Newfoundland and Labrador, Nova Scotia and Prince Edward Island. It offers a pathway for anyone who has at least a year’s work experience, at least a high school diploma or equivalent and a full-time job offer from a designated employer.

There is also the Ontario Immigrant Nominee Programme, which you can find out more about here.

Learn more about the process of buying abroad and how to make it as smooth and safe as possible in our Emigration Guide. 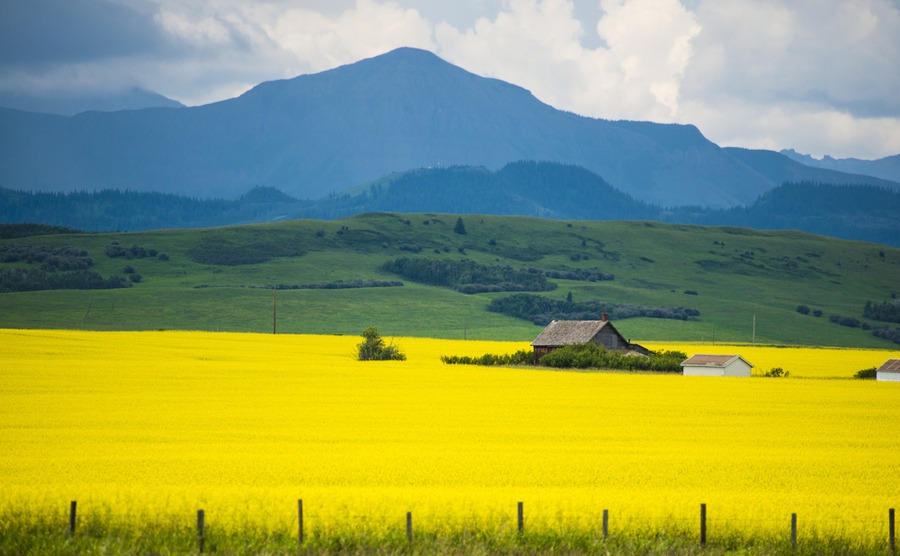 Imagine having stunning scenery on your doorstep, whether that’s mountains, lakes, ancient woodland, rugged coastline or the ‘big skies’ of the prairie regions. We’ve previously talked about seeing iceberg season in Newfoundland, or the mountains of Alberta. Sometimes, there really is nothing that can compare to Canada, and you have to pinch yourself that this is your everyday.

There’s certainly room to breathe in Canada! Population density is low, and anyone looking to move from crowded areas of Great Britain is looking in the right place. You’ll find, with so much space to spare, that properties are general large – and affordable. The average Canadian home is around two and a half times bigger than the average British one, and that’s including city homes in the calculation! Imagine what you could do with so much extra space.

Still have questions? Call the Resource Centre on 020 7898 0549 or send us an email at canada@propertyguides.com.

Canadians are renowned for their hospitality, and you’ll find that many rural towns and villages are close-knit, with a strong sense of community. According to Statistics Canada, rural areas have the highest ‘sense of belonging’ (and reported themselves as having better health than their dissatisfied compatriots).

Where are the best places to buy in rural Canada?

Located in the Selkirk Mountains, the so-called ‘Queen City’ has a historic centre dating back to its 19th-century silver rush period, and has now become a centre for organic produce, with several markets. It’s made a name for itself as a bit of an artist’s colony, and July to September usually have a packed calendar of exhibitions. 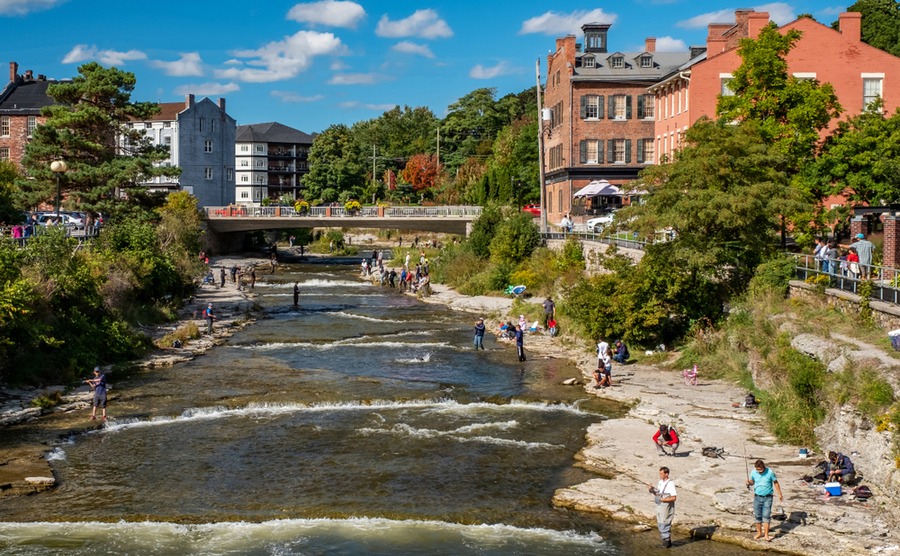 Double the fun and halve the cost – find out about buying with family in our guide.

Port Hope may be over a 100km away from Toronto, but it’s well connected, with its own railway station, as well as being on Highway 401. The relative ease of access (in Canadian terms of distance), have helped to keep Port Hope a thriving community, popular among tourists for its many antique shops. The Capitol Theatre is the country’s oldest still-running theatre. It has its own yacht club, two river beaches, a Jazz Festival and golf and country club.

The green, rolling landscape of the Pembina Valley in Manitoba is home to a number of small villages, including Winkler and Morden, with a strong track record of welcoming talent from overseas. There are all sorts of sectors represented in the local employment market, from model home builders to down jacket makers. The towns have been seeking workers from overseas for years, and statistics show that half of these choose to make the Pembina Valley their permanent home – never moving anywhere else in Canada. It speaks volumes to the local quality of life here among the picturesque Pembina Provincial Park: peaceful, quiet, safe and with plenty of job opportunities for anyone willing to take the leap.