With many vibrant cities and stunning landscapes it’s easy to see why Canada is a favourite destination for Brits looking to start a new life overseas. So which Canada cities have proven to be most popular with British expats?

As a destination, Canada pretty much has it all: busy metropolitan cities, the great outdoors, free healthcare and an excellent education system. It’s easy to see why Canada is so popular with the British; in fact globally Canada is the fourth most popular expat country with over 600,000 Brits now calling it home.

Canada is the fourth most popular expat country with over 600,000 Brits now calling it home.

You’ll have heard of the major Canadian cities – Toronto, Montreal and Vancouver – but where else are great destinations for expats? Are there any other locations that have proven popular over the years?

Canada’s capital city, Ottawa, in the province of Ontario, is actually Canada’s fourth largest city. This week, however, the city was named the most popular destination for new Canadians. Employment is steady, thanks to a thriving public sector, and the city has a rich cultural diversity thanks in part to a strong British expat community – overall, 20% of the population are immigrants. Property prices in Ottawa are very reasonable, a bonus considering it is the capital city – the average price of home in Ottawa is C$372,000 (£222,400) 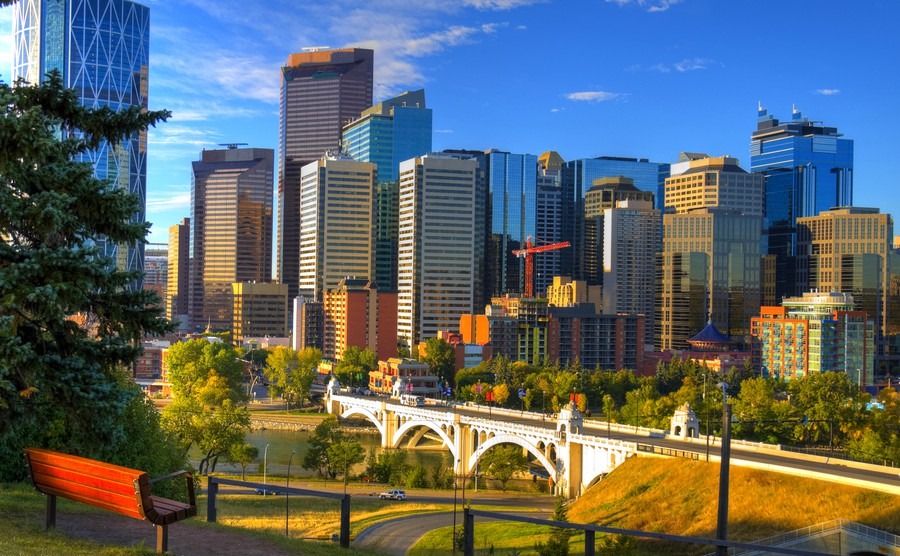 The greater Vancouver area, in the province of British Columbia, has long been a favourite destination for British expats, largely due to the fact that the weather is pretty similar to the UK, which includes mild winters with little snowfall and temperatures that rarely drop below freezing. Yet you have all that great outdoors on the doorstep, from whale-watching to skiing to hiking in the wilderness. The cost of living in the centre of Vancouver is pretty expensive, however. As a result many people have found moving out to the surrounding suburbs to be a much more affordable option. Delta, for example, has a foreign-born population of 27%, unemployment rate below 5% and average rent for a two-bedroom apartment of just over C$1,000.

With a strong British expat community Calgary is not to be overlooked. The recent slump in the oil industry seems to be in the rear view mirror, meaning employment opportunities in Calgary are on the rise – the fortunes of the city are intrinsically linked to its biggest resource, oil. Calgary is statistically Canada’s sunniest city, providing lots of rain-free weekends where expats can get out to the nearby provincial parks which are overlooked by the amazing Rocky Mountains. The average price of a home in Calgary is $469,000.

Many British people end up on the side of Canada closest to home, and Moncton has been highlighted as the best place to start a new life on Canada’s Maritime provinces. It’s the largest city in New Brunswick, with a population of around 75,000, with new arrivals tempted by its low property prices averaging C$230,000 (£137,500) and good jobs