At the far, far side of Canada is one of its most beautiful places – Vancouver Island. Could you call this beautiful land, where the climate is warm and the whales frolic off of the Pacific Coast, your new home?

Part of the province of British Columbia, Vancouver Island is a one of Canada’s largest islands and is home to some 750,000 people. Although the island covers over 12,000 square miles, around half of its population lives in the city of Victoria, which is actually the provincial capital (even though the city of Vancouver, on the main land, is much larger).

Vancouver Island is a popular destination for expats, thanks in part to the mildest climate in Canada. Even in the middle of winter the temperature rarely drops below zero degrees.

The city itself is very scenic but once you head out just a few miles the outstanding beauty of Vancouver Island is something to behold.

Victoria is often quoted as being unaffordable, but that’s only compared to the rest of Canada. Compared to nearby Vancouver City the property certainly looks like a bargain, at around C$550,000 (£325,000) average cost compared to Vancouver City’s C$830,000 (£490,000) median price. It also has a great climate with half the amount of rainfall seen in Vancouver. There is a very strong healthcare system and the city’s crime rate is lower than the national average. The city itself is very scenic but once you head out just a few miles the outstanding beauty of Vancouver Island is something to behold.

There is also no shortage of culture, museums and even Victoria’s own major music event. The famous Victoria “Symphony Splash” takes place each August on a floating stage in the city’s Inner Harbour. Not only is there musical entertainment, courtesy of Victoria’s Symphony among other acts, but there is a selection of food and drink purveyors and even a closing fireworks and cannon firing display. What sets the ‘splash’ apart from similar events is that boaters and kayakers can paddle up and moor their craft near the barge, which houses the main stage, and watch the performances while floating on the water. 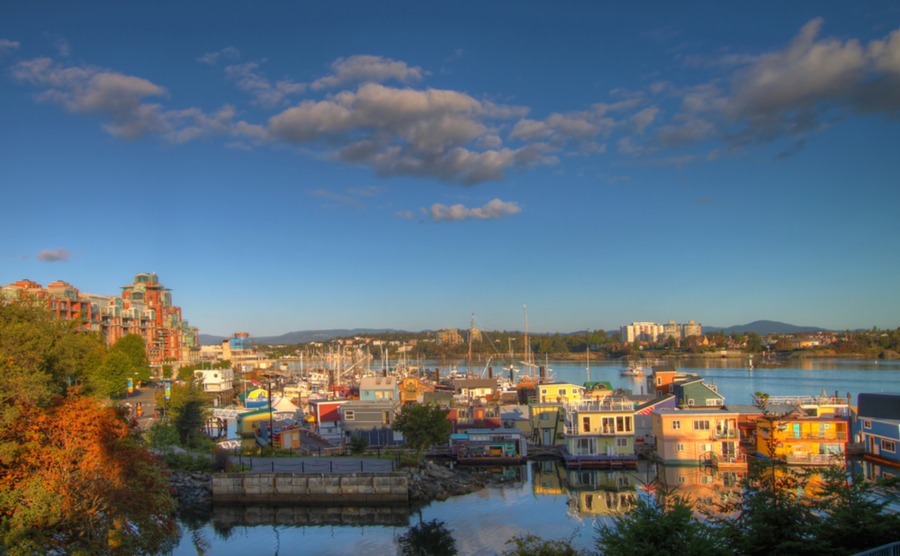 Surely the most stunning attraction on the island is the west coast, and in particular the Pacific Rim National Park Reserve. Stretching across more than 30 miles the park is home to countless beaches and hundreds of acre’s worth of ancient rainforest. Surfing is one of the most popular activities visitors to the park engage in, but there is also lots of hiking and camping fun to be had.

A little further up the west coast is the town of Tofino, a popular tourist destination in its own right with hotels and cabins and many fine restaurants. Visitors can enjoy long beach walks or even go on a whale watching boat ride out of the town’s harbour.

If you’re finally convinced that your new life lies in Canada, read our Emigration Guide, and start your journey.

If you’ve been enjoying the Blue Planet 2, the waters in and off Vancouver Island are where you can meet the TV stars in person. This is the best place in the world to see whales leaping from the ocean, to see sea otters relaxing in the kelp beds and sealions playing on the rocks. It’s also the land of bears and has its own wolf species, the snow-white Vancouver Island Wolf. 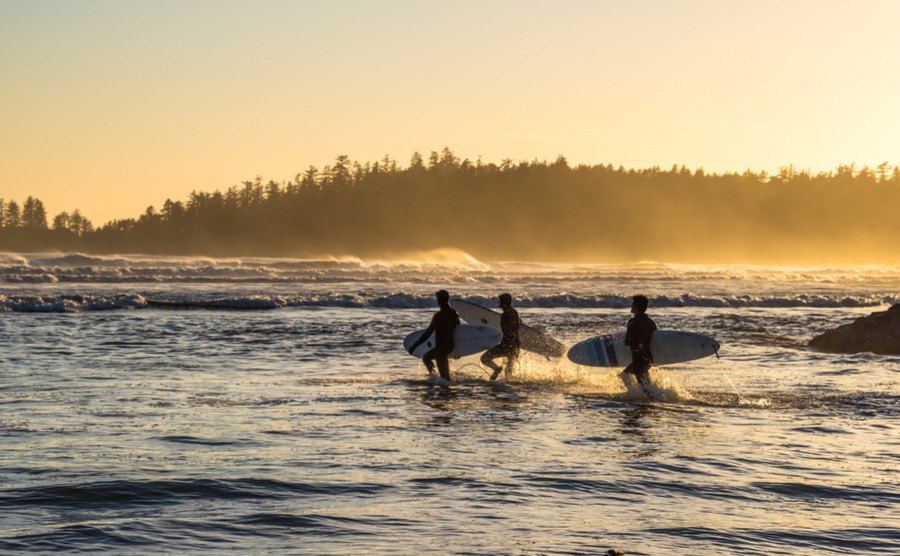 It may seem a long way away, but getting to Vancouver is easy. There are dozens of non-stop flights each day from the UK via a wide range of carriers. The flight takes around nine hours and cost from £500.