10 best places to buy a holiday home in Canada

Thinking of buying a holiday home in Canada and want to know where the top places are? In this guide we highlight the ten best spots to buy a holiday home in this wonderful country. They have been selected based on their investment opportunities as well as visitor appeal for features such as natural scenery, adventure hot spots, luxury escapes and city culture.

If spending time in Canada is on your horizon don’t look past these excellent holiday spots to own the vacation property of your dreams.

When you think of scenic Canada the image of Banff is probably one you recall. Towering glacial peaks with azure blue lakes are one of the most distinguishable Canadian backdrops, and Banff is the place where these sites can be found. Banff is home to Banff National Park, which hosts four million tourists a year and wears the honour of the first national park in Canada. 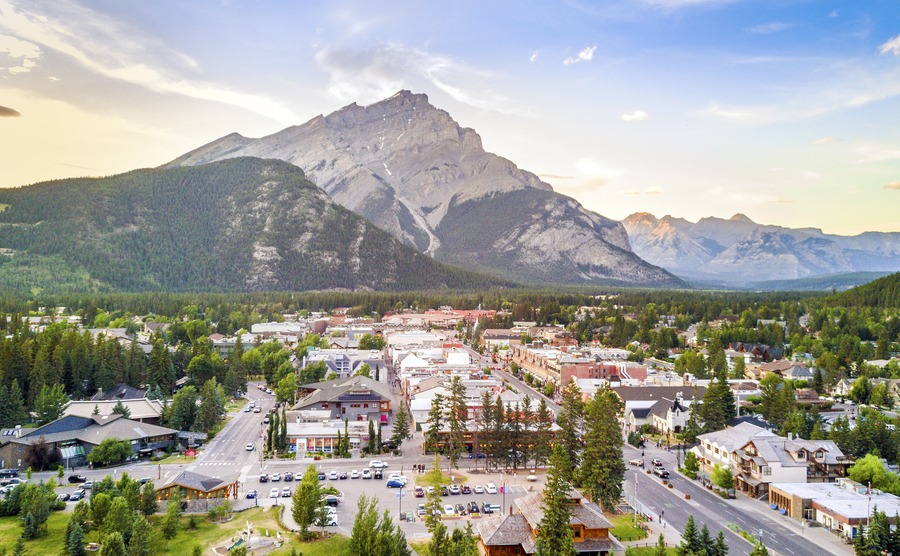 This upscale community is contrasted by adventure driven locals and tourists eager to explore the back-country and all of the surrounding mountains and forests. There is nowhere better in Canada to spot wildlife and see iconic Canadian creatures like moose, elk and bears then in the Banff area.

In order to own a holiday home in Banff property owners must work in Banff, own a business in Banff or be a retired worker of Banff. Banff is easily accessible from Calgary which has an international airport, and the average price of a two-bedroom townhouse in Banff is £250,000.

The Okanagan region is one of Canada’s most renowned wine regions bordered by the sand-lined Lake Okanagan which is a boating mecca in the province of British Columbia. Whether seeking a vineyard-side estate or a boat-friendly condo with marina access, this place is Canada’s summer playground. There is so much to do in the Okanagan for families, couples and singles. The Okanagan region extends over 100 kilometres with the biggest centres being Kelowna and Penticton. Temperatures in the Okanagan get hot in the summer maxing out around 40 degrees celsius in the peak of summer.

Holiday homes are widely available and start as low as £150,000 for a two-bedroom townhouse in Penticton. Lakefront real estate attracts a premium price-tag so expect to pay upwards of £600,000 for anything with a water view.

Nestled in the mountains of British Columbia, Whistler is consistently rated the number one ski resort in North America. If you’re looking for a destination that has world-class skiing, snowboarding and mountain biking, this is your place. Whistler is conveniently located 90 minutes from Vancouver International Airport, making it easily accessible after an international flight to Vancouver. 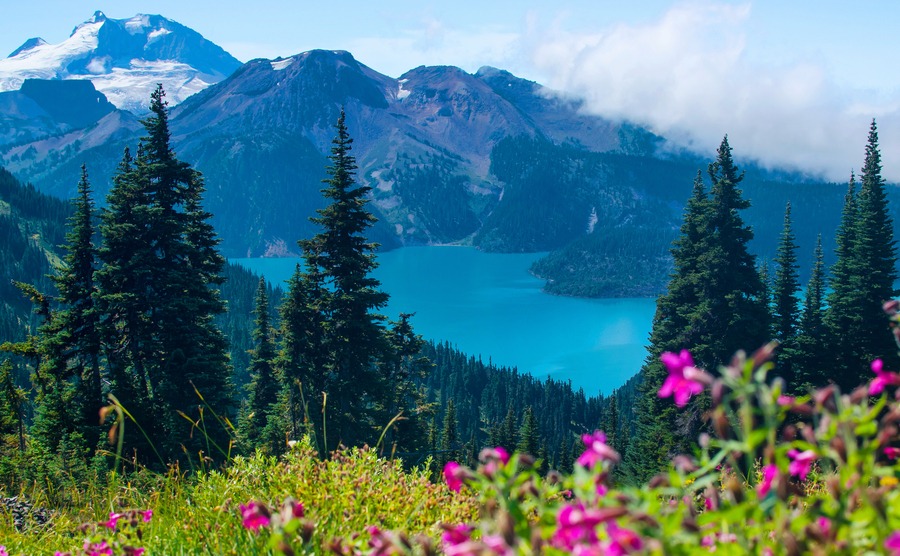 You won’t be short of beautiful scenery around Whistler.

Though Whistler certainly has been discovered, there are holiday homes for a range of budgets. At the lower end of the market you can purchase a ski-in-ski-out condo quarter share (meaning you have quarter ownership of the property and can use it one week each month), for as low as £60,000. On the higher end of the scale a two-bedroom ski-in-ski-out townhouse (full ownership) costs approximately £600,000.

Another British Columbian favourite getaway spot is the beautiful Gulf Islands. This scenic strand of Pacific islands hugs the West Coast of Canada and can be accessed by a quick ferry ride or seaplane from Vancouver. These islands have a laid-back atmosphere with bohemian-style living, artisan markets, wineries and beautiful Oceanview bed and breakfasts.

Healthy-living is rampant and the eclectic ‘anything-goes’ feel complements that stunning natural beauty of the islands. Though there are over ten islands as part of the chain, Salt Spring Island attracts the majority of the visitors and also has a decent full-time resident population. On Salt Spring Island holiday home prices start at about £280,000 for a two-bedroom townhouse.

Canmore is a neighbour of Banff (only 15 minutes away), also located in the Province of Alberta, and does not have the same restrictions for property ownerships. Canmore offers the same rugged wilderness and adventure appeal however is less touristy then Banff. Canmore attracts a plethora of back-packers and families motivated by the easy access to the mountains which are a playground for numerous outdoor activities such as skiing, snowboarding, dog-sledding, hiking, climbing and more.

Canmore’s real estate market has spiked in recent years though is still slightly more affordable then Banff. Its proximity to Calgary makes it an ideal place to own a holiday home. Expect to pay £200,000 for a two-bedroom townhouse in Calgary.

Niagara on the Lake

Renowned for being one of the prettiest towns in Canada, Niagara on the Lake (also called NOTL) is nestled amongst wine country and the famous Niagara Falls, one of the most impressive waterfalls in the world. The quaint village of Niagara on the Lake maintains a 19th century charm and is full of whimsical boutiques, antique shops and alfresco bistros. 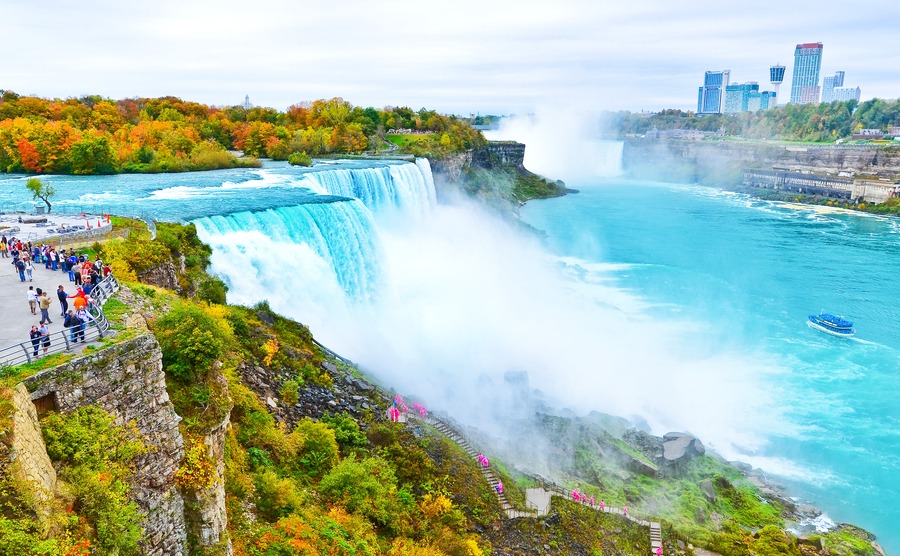 Niagara on the Lake

Only 90 minutes from Canada’s most populous city, Toronto, NOTL is a city-escape for Torontonians and also attracts a large number of international and interstate visitors. Holiday homes in Niagara on the Lake attract an expensive price tag, expect to pay £220,000 for a two-bedroom townhouse.

Nova Scotia’s Cape Breton was voted the number one island in Canada to visit and is a popular holiday home hotspot. Known for its excellent hiking, sightseeing and whale watching this culturally intriguing area has Celtic roots and maritime charm. Cape Breton attracts a varied crowd from golf savvy retirees, outdoor enthusiasts and culture buffs. The most eastern Canadian holiday home on this list, Cape Breton is only five time zones away from the UK.

Holiday home prices in Cape Breton are much more reasonably priced compared to the destinations listed above, expect to pay £100,000 for a two-bedroom cottage or home, and that’s with an ocean view!

Vibrant Quebec City is the heart of French Canada situated on the serene St. Lawrence River in Eastern Canada. One of the oldest cities in Canada, Quebec City boasts colonial streetscapes, an exciting dining scene and a rich French culture. The Old-Quebec downtown area is rampant with history and is one of North America’s oldest and most fascinating places. If you love French culture but are looking for a holiday home outside of France, Quebec City could be just the place. 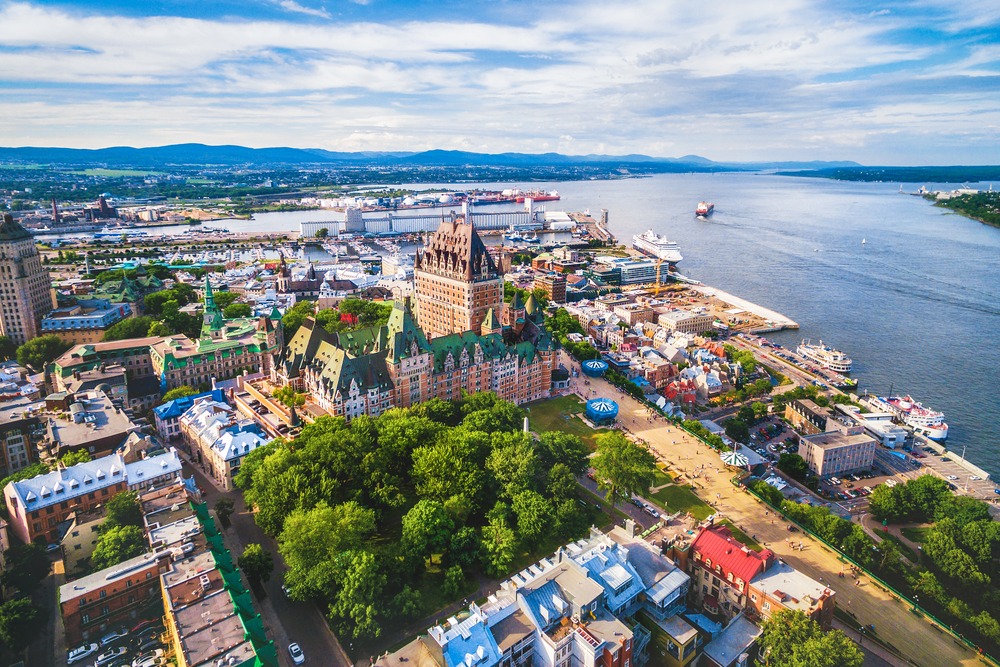 Expect to pay £60,000 to purchase a two-bedroom holiday apartment in Quebec City, a much more reasonable price then most cities in Canada.

St. Andrews by the sea is a National Historic District and is one of the most picturesque maritime towns in Canada. Situated on the Atlantic Ocean in the province of New Brunswick, St. Andrews features beautiful architecture, rich marine environments and some of the best seafood on the planet. Fly into the capital of Fredericton and enjoy an easy coastal 90 minutes drive to St. Andrews. For anyone who loves fishing, culture or fine seafood dining this could be the spot.

An oceanside holiday home in St. Andrews with a view starts around £120,000. Catch lobster from your own private beach and be serenaded by waves as you fall asleep at night.

Knowing how to negotiate effectively for your property in Canada could bag you a much better home for your money. Read our free guide: How to Negotiate Abroad.

Located in central Ontario, just two hours north of Toronto, is the popular lake-side holiday destination of Muskoka. Muskoka is famed to be one of the best places to visit in Canada because of the activities and escapes on and off the water. From adventure to luxury Muskoka caters to it all with a unique lake-cottage atmosphere drawing resident from Toronto and the world to its shores in the summertime. With Toronto home to the closest Canadian international airport to Great Britain, Muskoka is a natural holiday home destination for Britons looking for a Canadian escape.

Due to its popularity in summer and proximity to Toronto owning a holiday home in Muskoka comes with a price tag. To purchase a two-bedroom holiday cottage in Muskoka expect to pay around £250,000.