What sort of home will you buy in Australia?

Discover the different types and styles of housing in Australia. Whatever you choose, you can say goodbye to cramped and damp housing – Australia is all about air and light.

Australians tend to live in detached separate homes which are larger than average when compared to countries like the USA and UK. A 2011 Australian Bureau of Statistics study found that the average Australian home was 215 square meters, making it the country with the largest homes. Indeed the average Australian home is three times the size of an average UK home according to the study. Unlike the UK, where densely populated neighbourhoods are the norm, in Australia only 27% of all dwellings are considered medium or high density while the remainder are considered low density, or separate detached homes.

Types of homes in Australia

High density homes in Australia are often called apartments, units or flats. These types of homes are usually in multi-storey buildings with access to the home often via an internal hallway or courtyard. Often these buildings are serviced by an elevator, have common facilities such as underground parking, swimming pools and gyms, and are located in busier areas such as business districts of capital cities.

Medium density dwellings include townhomes and “row homes”. These properties typically have street access to the property, and many have private garages for parking. Often with this type of housing each property will have a private yard or at least a common greenspace to be shared with neighbours. Sometimes facilities such as swimming pools and gyms can be found in medium density complexes. 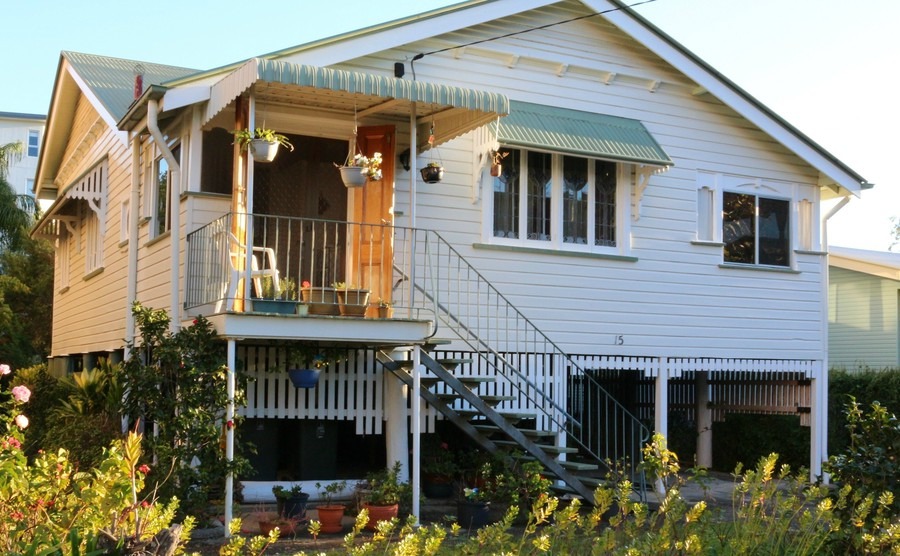 Low density, separate homes are the most common form of housing in Australia. Separate homes are characterized as having private yards, driveways and multiple entrances into the property. There are various types of separate dwellings as well as architectural styles as discussed below. These properties are generally registered as freehold, meaning the landowner has unrestricted ownership and right to deal with the land. Medium and high-density properties are often “strata owned”, meaning the owner has an individual ownership of a part of the property (their individual apartment or unit), and an interest of ownership in the shared common property.

Styles of homes in Australia

Depending on where you are in Australia, homes have a very different look and feel. Before mass European settlement many homes were simple tin structures, but these began evolving depending on where in the country they were located. Although tin homes aren’t common anymore, corrugated iron remains a popular material used to build homes in parts of Australia.

Queenslanders”, are characterised by large verandas, timber louvre windows and open plans, allowing for airflow throughout the home.

In North Queensland wooden homes on stilts or raised from the ground became a popular housing style due to the hot weather and prevalence of flooding. These homes, known as “Queenslanders”, are characterised by large verandas, timber louvre windows and open plans, allowing for airflow throughout the home. 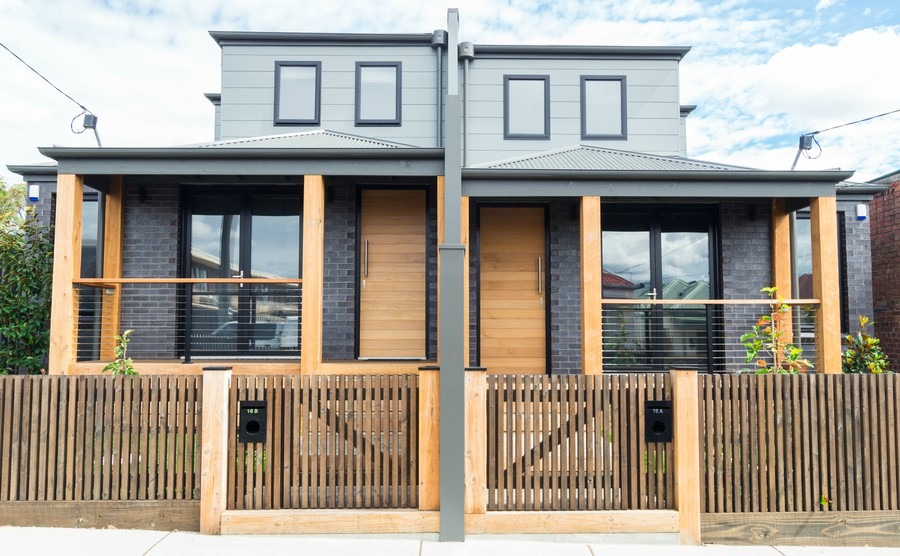 In the South of Australia homes are more commonly made of stone or brick. These materials are also good for staying cool in warm weather conditions. The older homes tend to be stone while newer builds use brick instead.

If you want a Queenslander but your budget only runs to a corrugated shack, you’re going to need all your negotiating skills. Download our guide, How to Negotiate Abroad.

In Victoria and southern parts of Australia Victorian style and mid-century modern properties are common. Large verandas and rows of terraced homes can be found in many neighbourhoods. These styles are quite reflective of what we are used to seeing back in the UK.

If you’re planning a move to Australia it’s important to consider the type of home you are seeking, this will be somewhat dependant on your budget and where you live (small town vs. capital city). Understanding the types of homes and styles of architecture will help you decide which type of property to rent or buy after arrival