If you’re wondering where to settle in Australia, our list of the five places which attract the most Brits will give you a few clues on where to start.

The British have always had an affinity for Australia, and each year thousands of British citizens travel across the globe to begin a new life there. Australia receives more British expats than any other country in the world, and 84% of expats that move to Australia end up staying there, for good reason. According to a recent survey, British expats living in Australia are healthier, happier and richer than their counterparts in the UK, with nine in ten saying they experience a better quality of life in Australia. Here are the top five hotspots where British expats tend to live in Australia.

In 2018 Qantas will be launching the first ever direct flight between Australia and London, with flights from Perth

Capital of the state of Western Australia, Perth was the first place most British expats arrived at in the days of ocean voyages, and clearly an awful lot of us couldn’t wait to get off the boat! It is still the favourite spot for British expats, who stay for the top-notch beaches and sub-tropical climate. Perth offers its 1.7 million residents the conveniences of any modern city, but with the rugged charm and outdoor recreation that is typical in Australia. In 2018 Qantas will be launching the first ever direct flight between Australia and London, and Perth will be the hub of this new route. With the (probably temporary) downturn in the mining industry, good jobs have been in less plentiful supply, but on the plus side the property prices and rentals have fallen too. 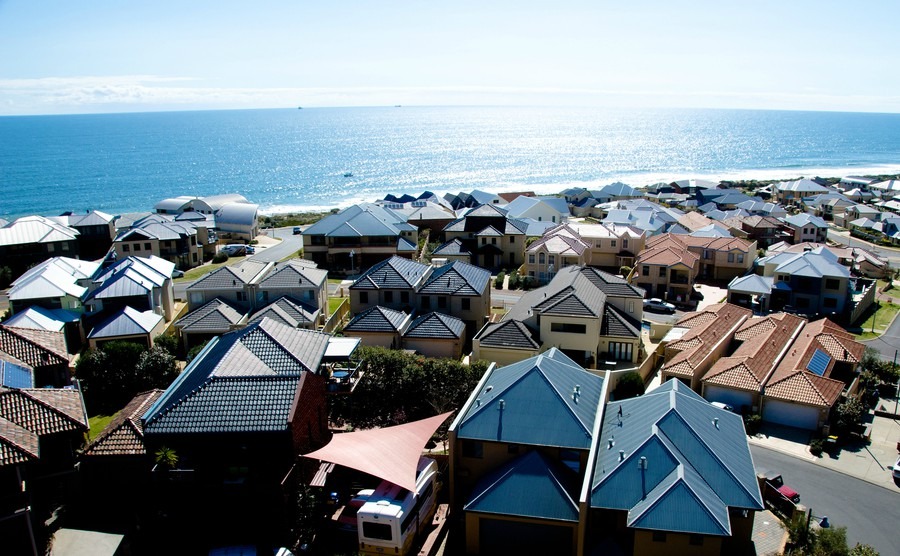 Australia’s most famous city attracts an array of expats from around the world, with many British nationals comprising the expat mix. From the beaches of Bondi and Manly, to the Western Suburbs and Circular Quay, Sydney has many areas that appeal; offering residents some of the best beaches, shopping, scenery and culture in the western world. As an international commercial centre there are plenty of job opportunities. Sydney is widely regarded as the Australian city most like London, but with that all-important laid-back, sunny vibe.

Melbourne is the most multicultural city in Australia. Its thriving food, shopping, art and music scenes make it the country’s unofficial capital of culture

Melbourne is the most multicultural city in Australia. Its thriving food, shopping, art and music scenes make it the country’s unofficial capital of culture. For those looking for a city lifestyle with easy access to the great outdoors, Melbourne has it all: ski slopes, beaches, wineries, and waterways all within an easy drive of the Central Business District. Melbourne enjoys a four-season climate (sometimes all in one day!). Summer temperatures can get really hot (over 40°), while winter lows can dip under ten.

The city of Adelaide has a British country feel. Even the Australians that live in Adelaide sound British! The capital of South Australia has more affordable living than the other capitals, offering a city lifestyle at half the price. Around 1.2 million people call Adelaide home, including a tight-knit community of British expats. Surrounding Adelaide are world-renowned wine regions and stunning natural scenery. 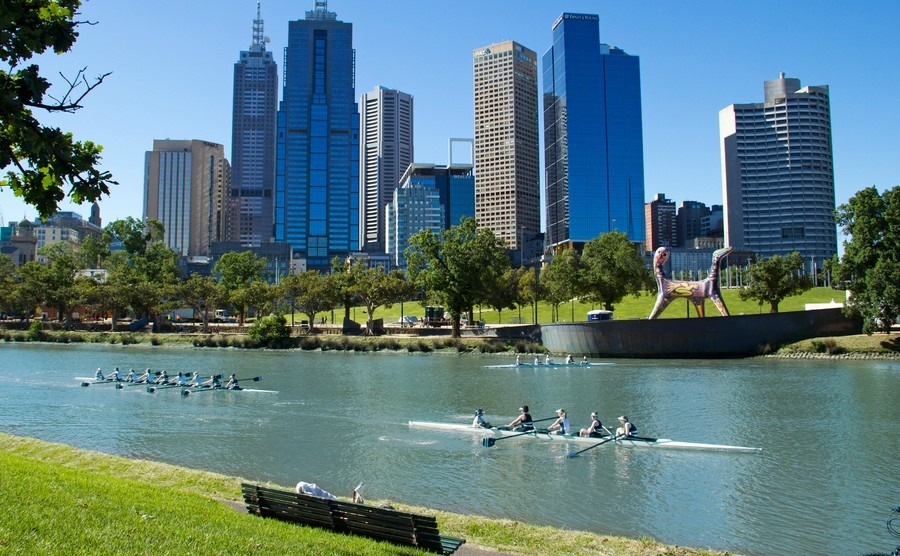 Messing about on the river Melbourne-style

Hobart has a relaxed country atmosphere and a slow pace of life. The capital of Tasmania is culturally rich and blessed with natural scenery. With a population of 200,000, Hobart feels small and secluded. Summers are pleasantly warm, while winters can dip as low as 4 degrees. For British expats looking to relocate or retire to a laid back scenic city, Hobart is where it’s at.