If you’ve been dreaming of the Australian seaside, you are not alone. Thousands of Britons each year move to Australia seeking the sandy shores and year-round sunshine of the Land Down Under. If a beachside destination, the lapping of waves and the sand in your toes is on your Australian wish list, here are seven seaside towns you need to consider for your life in Australia.

The legendary Byron Bay is a laid back and uber-chic beach town in Northern New South Wales, a half a day drive to both Brisbane and Sydney. In Byron Bay celebrities rub shoulders with hippies and the bohemian lifestyle is the norm for people of all ages and cultures. The beaches in Byron Bay stretch as far as the eye can see and are rimmed with the most beautiful white powdery sand. With a year-round events calendar attracting some of the best music and art exhibits in the whole country, a life in Byron Bay is never dull. 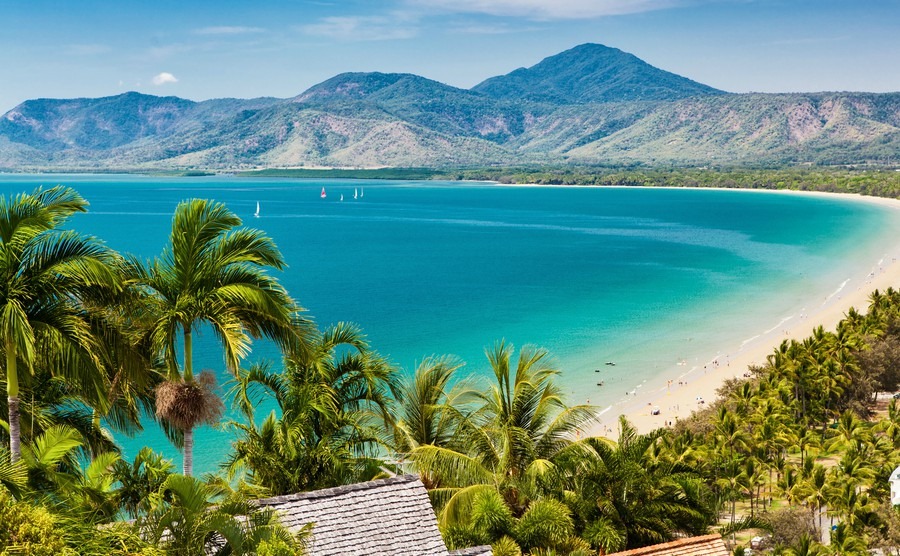 The tropical oasis of Port Douglas is a fusion of beach style and North Queensland ruggedness. It truly is an interesting paradox. With the Great Barrier Reef only kilometres off the coastline tourists flock to the popular resort town each year from around the world. The high calibre of dining, shopping and accommodation is nicely contrasted with the low-key Queensland bars and pace of life where bare feet and stiletto shoes are equally accepted in all establishments.

For a three-bedroom home in Port Douglas you’ll need a budget of around £470,000.

How will you be covered for healthcare when you move abroad? See how Australia healthcare compares to 10 other countries in our Healthcare Guide.

Noosa is the place to be in Southern Queensland and is only 1.5 hours away from Brisbane. The perfect climate with year-round sun and picture postcard beaches make Noosa a highly desirable place to live and visit. Noosa is becoming a trendy place to live for the young and affluent as well as retirees. Adventure enthusiasts will love the spectrum of activities available such as surfing, stand up paddle boarding, hiking, sailing and more. View dolphins or humpback whales from the shoreline, and dine at some of Australia’s finest restaurants all in one day. 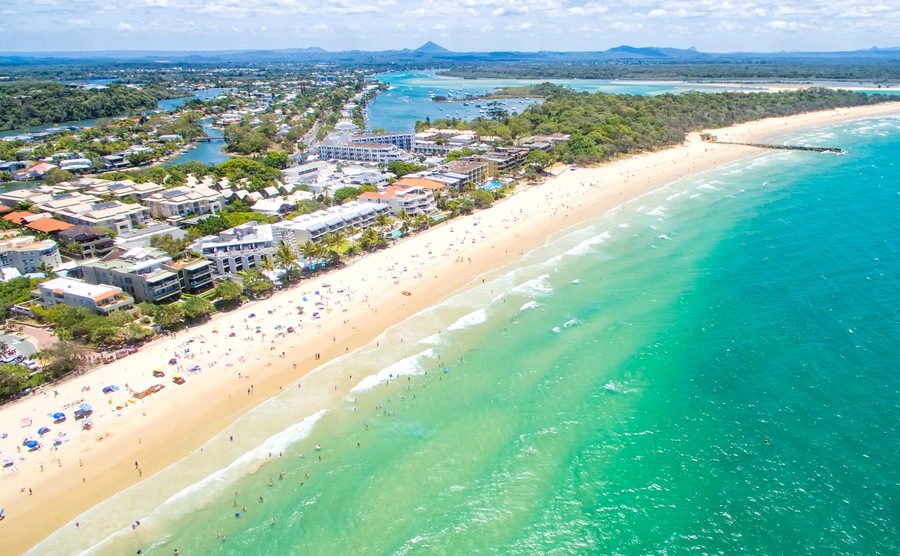 Victoria’s Apollo Bay is a coastal gem located in the foothills of the Otways, surrounded by stunning rainforest, pristine clear streams and a fascinating shoreline. Indulge in some of Australia’s freshest seafood with fishing being an important industry of this seaside town. Explore the stunning scenery of the Twelve Apostles or take a 2.5 hour drive to Melbourne and check out one of Australia’s most exciting cities.

Indulge in some of Australia’s freshest seafood with fishing being an important industry of this seaside town.

Only three hours outside of Perth, Margaret River is everything anyone dreams of when they think of Australia: magnificent surf beaches as far as the eye can see, world-class wineries within kilometres of one another and a local food scene set to rival anywhere in the world. This small town has a tight-knit feel and its agricultural roots are still strong within the community.

For a three-bedroom home in Margaret River you’ll need a budget of around £235,000. 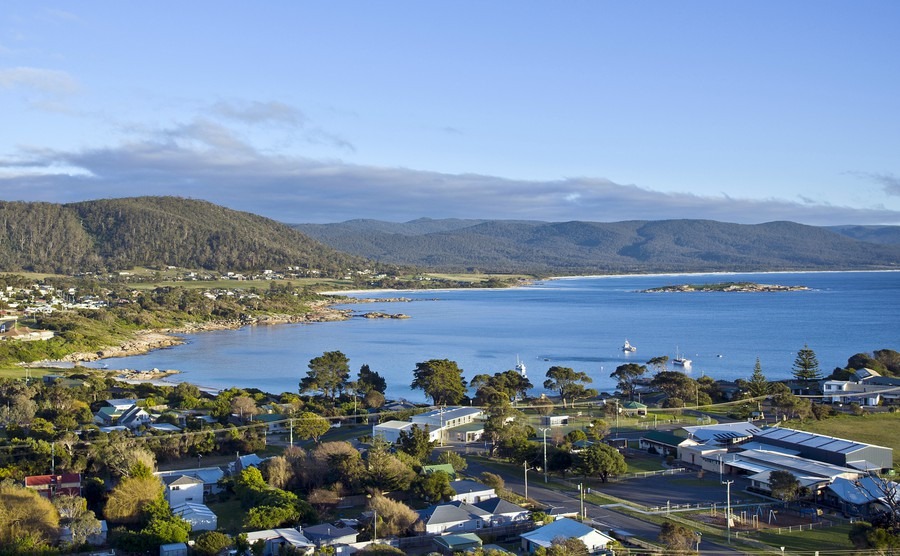 Bicheno is situated on the beautiful East Coast of Tasmania and has some of the best diving spots in all of the country. The seaside destination is one of the most popular tourism spots in Tasmania and attracts families, retirees and nature lovers from around the world on holidays and permanently. Foodies, wildlife lovers and thrill seekers will all find their place in Bicheno, only 2.5 hours from Hobart, Bicheno is the ideal seaside town in ‘Tassie’.

If you’re making an exploratory trip to look at property, read your free Viewing Trip guide to ensure you’re in control of the process, not your estate agent!

Located in remote Western Australia, rugged Broome is the real Australia. The beaches in Broome will blow your mind – some of the most picturesque in the world – and you’ll have them almost to yourself. If you are seeking an authentic Australian experience, far away from it all, Broome could be your spot.